“Dummy packages” are the prototypes that package designers make for clients wishing to evaluate a new package design, or as part of a proposal presentation to a store buyer. (Also known as: “mock ups” or “comps”)  Traditionally, these dummy packages are constructed by hand (scored, cut & folded) at a drawing table.

The commercial above for Life Cereal shows their version of this type of dummy package. (The voices sound to me like “Bob & Ray” although I have’t been able to confirm that they did this ad.)

These days, the dummy packaging we make is increasingly digital dummy packaging. That is, simulated 3D product images now serve many of the same purposes that were once served only by traditional mock ups.

Research for Tuesday’s “Packaging for Dummies” led me to discover Clinton Detweiler’s ventriloquist dummies made from cereal boxes. One of which happens to be a Life Cereal box.

Life and Total were the two cereal brands most frequently requested as puppets. Kix came in as a close third place. I made a good number of these that were sold during the ’80s. Then as some of you know, I offered cereal box puppets (moving mouth and eyes) again in 2009.

I was sorry not to find any videos of these cereal box dummies in use. 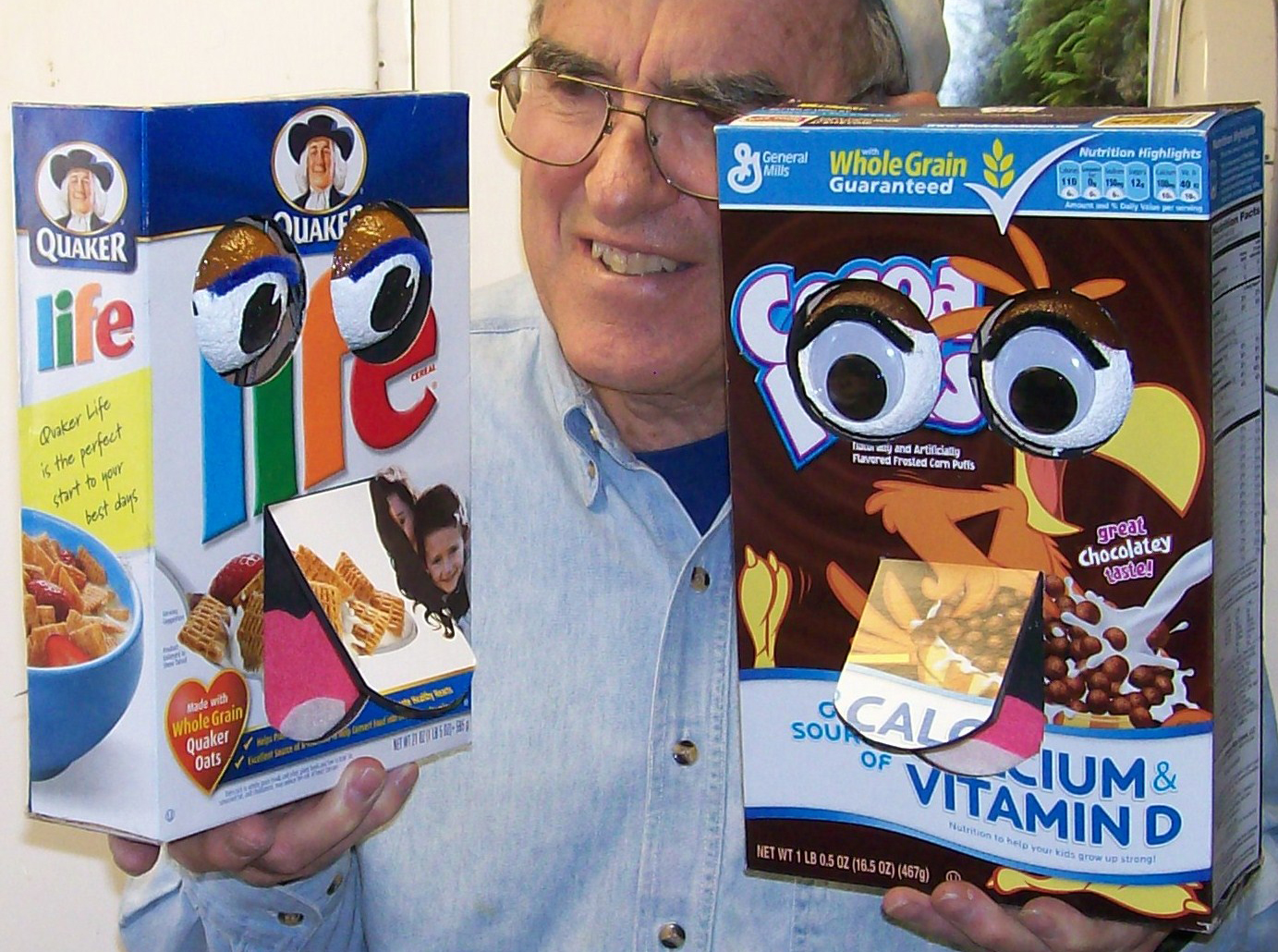 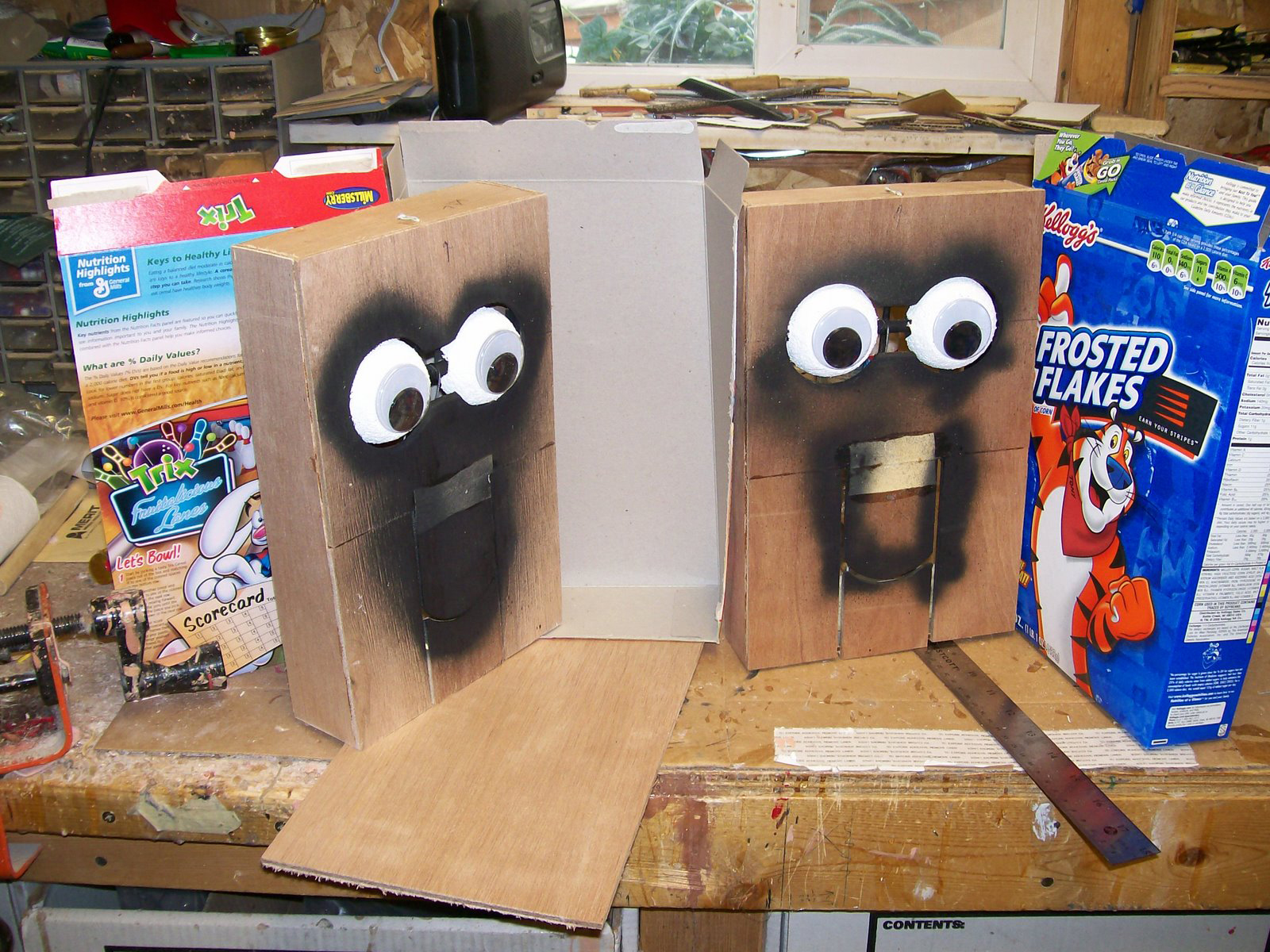 Ventriloquist, Paul Winchell and his dummy, Jerry Mahoney, appeared in this commercial for Life Cereal, having a mock debate about the products benefits.

Finally, with all this emphasis on Life Cereal, it bears mentioning that Winchell & Mahooney did a musical adaptation of Pinocchio, showing that Winchell, who also patented an artificial heart in 1963, saw himself as a Geppetto-like figure, capable of bringing dummies to Life. 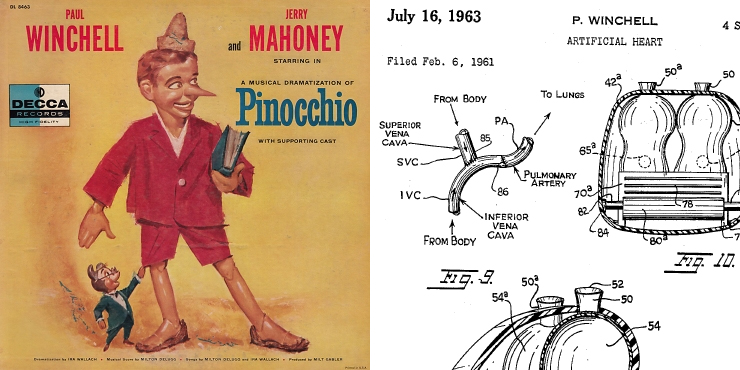