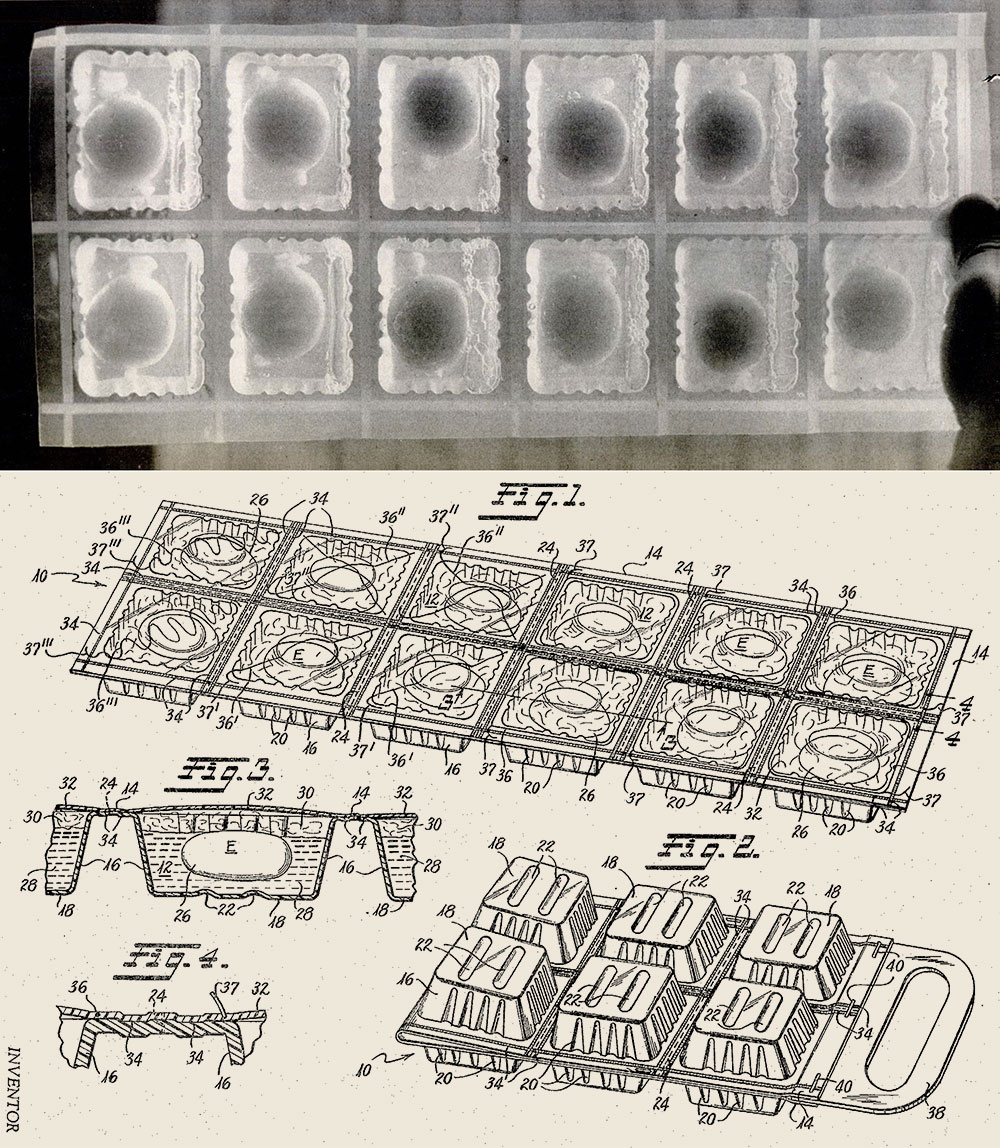 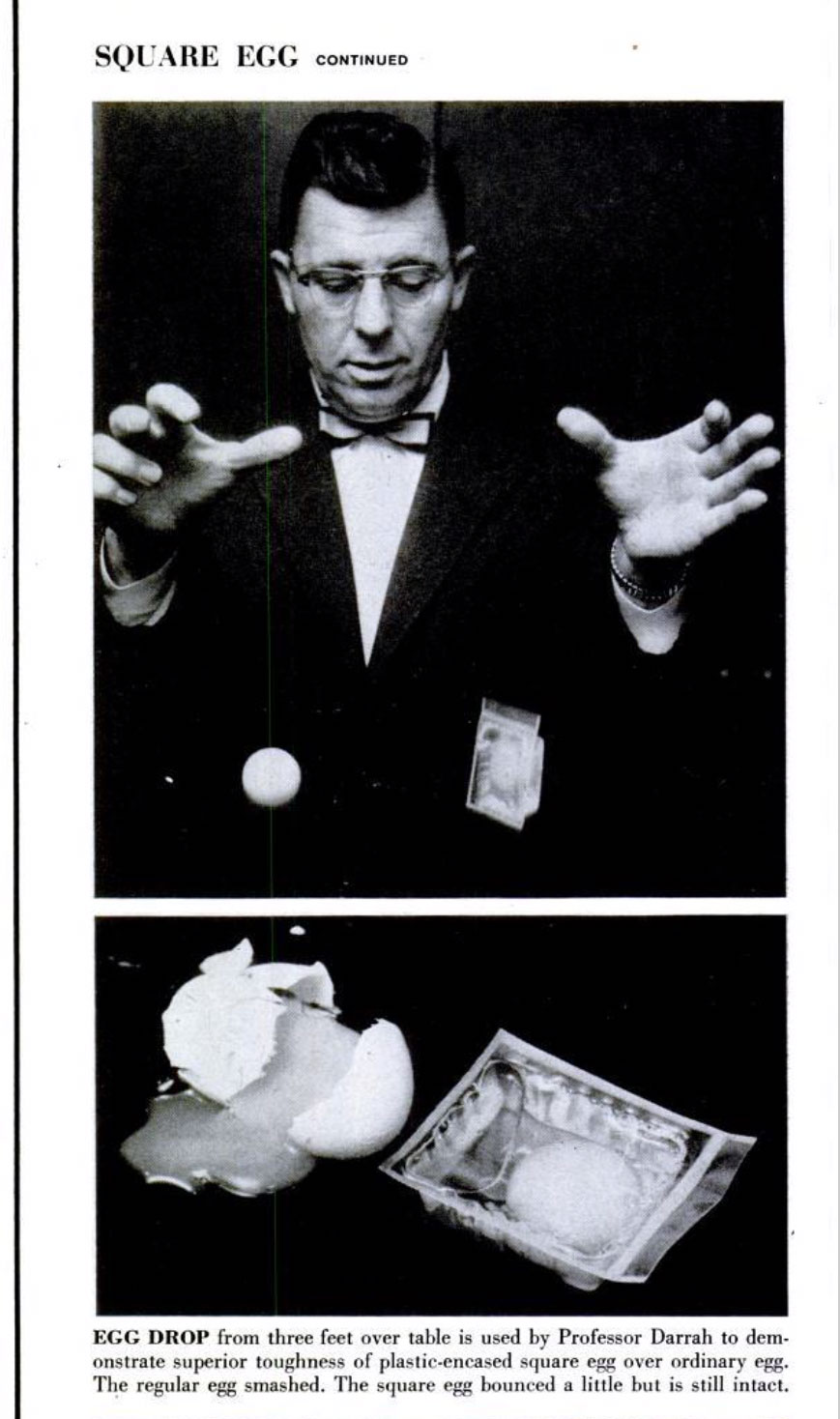 And Life Magazine, was not the only publication to run with the “squareness” of the Darrah’s shell-less eggs concept… 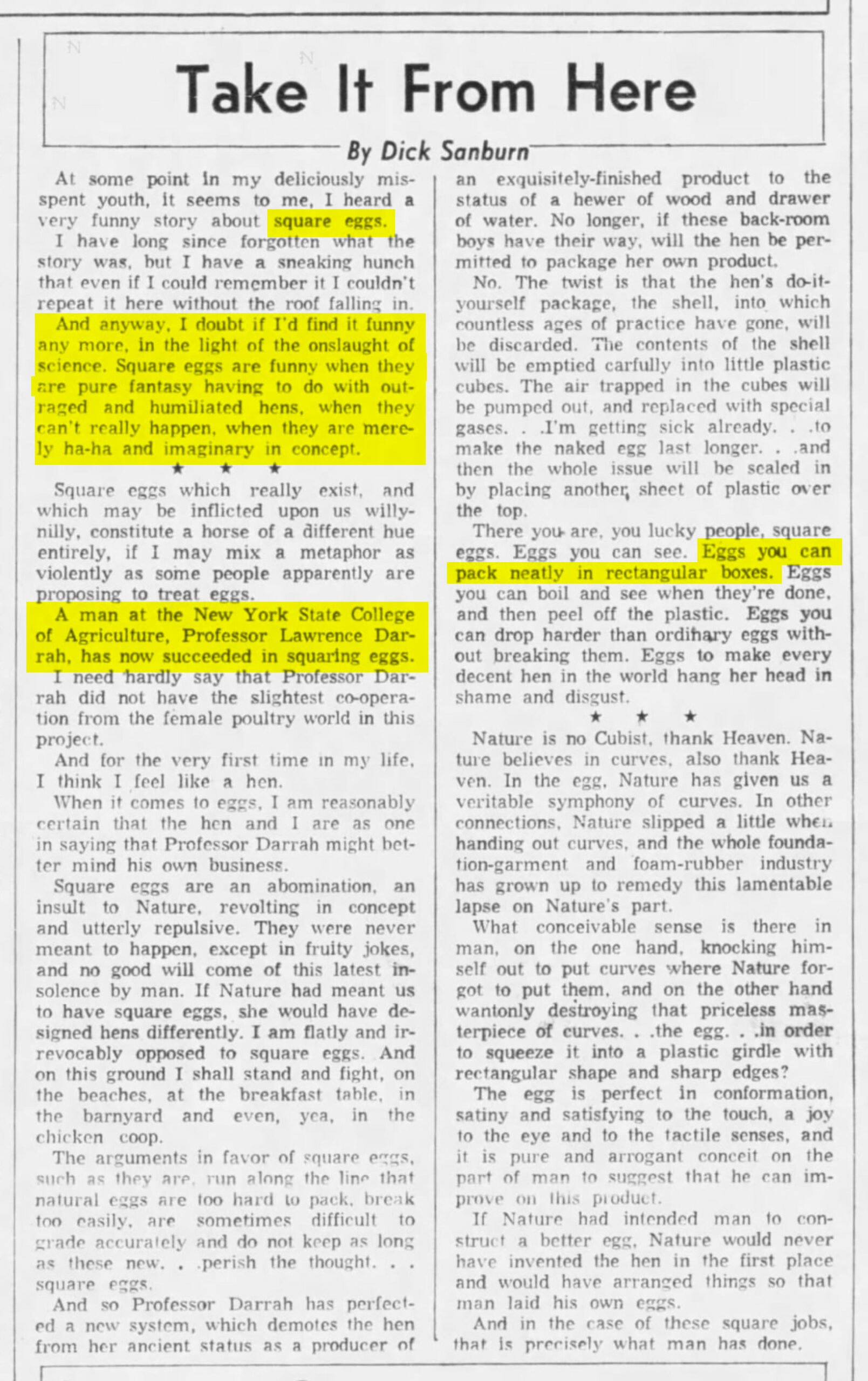 Canadian newspaper man (and later editor in chief of the Calgary Herald) also made Lawrence Darrah’s square eggs (and the hubris of mankind) the focus of his 1956 shell-less eggs story.