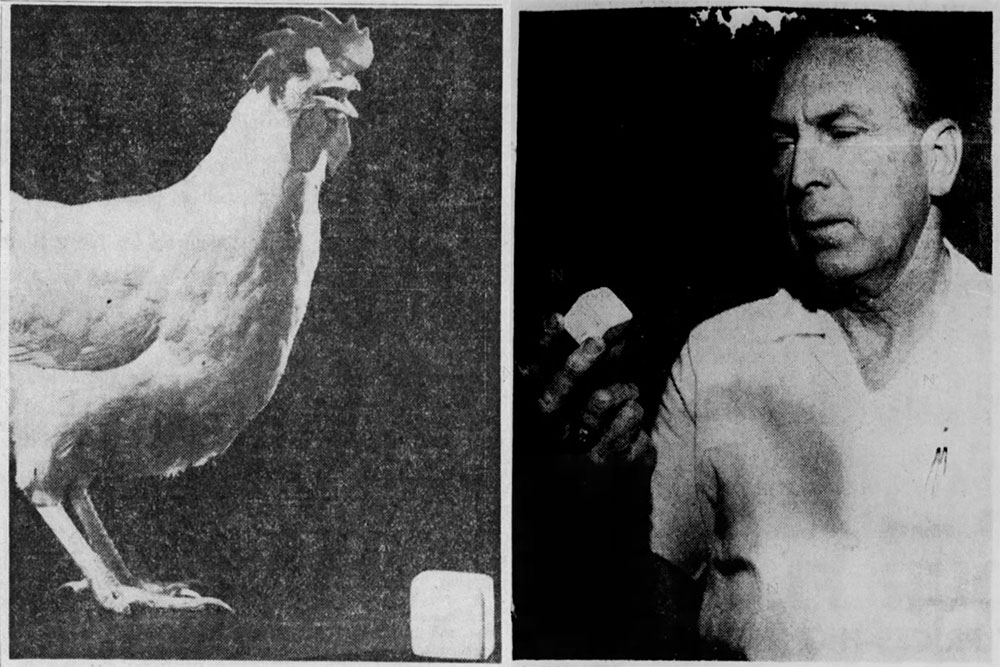 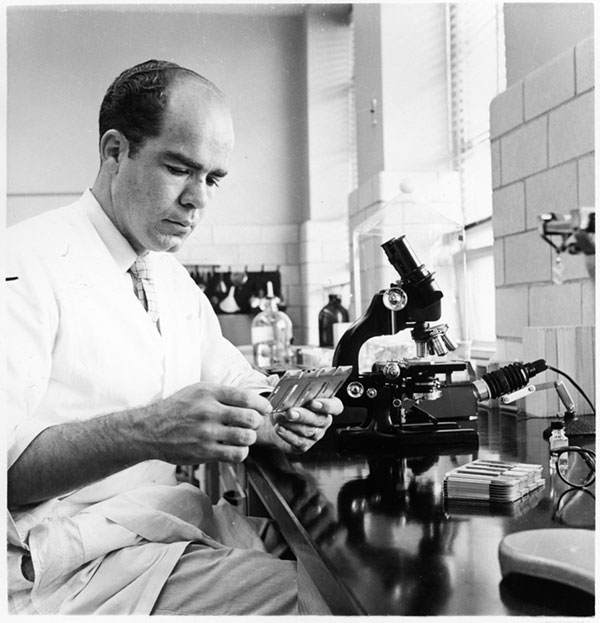 And, of course, they didn’t just make 1 of these square eggs… 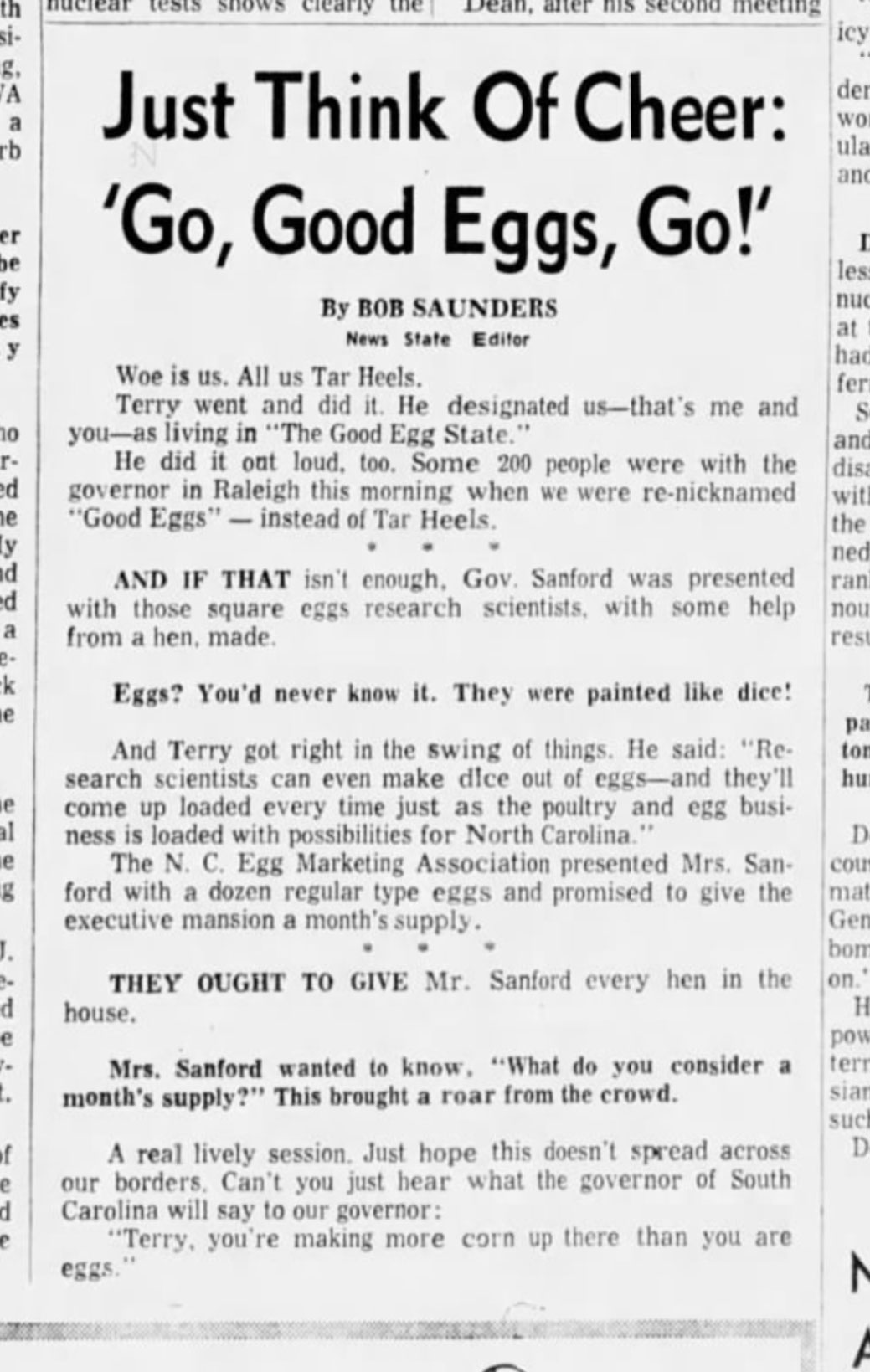 Square Eggs as Dice: “Loaded with possibilities for North Carolina”

It was early in Terry Sanford‘s first term as governor of North Carolina (on September 1, 1961) when the aforementioned “North Carolina Egg Marketing Association” presented him with Garren’s square eggs. The whole point of the breakfast press conference was Sanford’s official declaration that North Carolina would henceforth be known as “The Good Egg State.”

I knew from other articles, that the square eggs were to be presented to the governor, but I never expected to read that two of them had been painted to resemble dice! That certainly relates to our cultural history of square eggs—serving as dice to mythical lumberjacks, etc. But it also seems to distract, quite a bit, from Garren’s technical accomplishment.

Whose idea was it to paint the eggs like dice? Perhaps the Governor’s own idea, so that he could say this about it:

If our research people can make a square egg, they can make any kind of quality egg… Research scientists can even make dice out of eggs — and they’ll come up loaded every time, just as the poultry and egg business is loaded with possibilities for North Carolina.

Supposedly there were 200 people at this event, but (sadly) I could find no press photos or television coverage anywhere online. 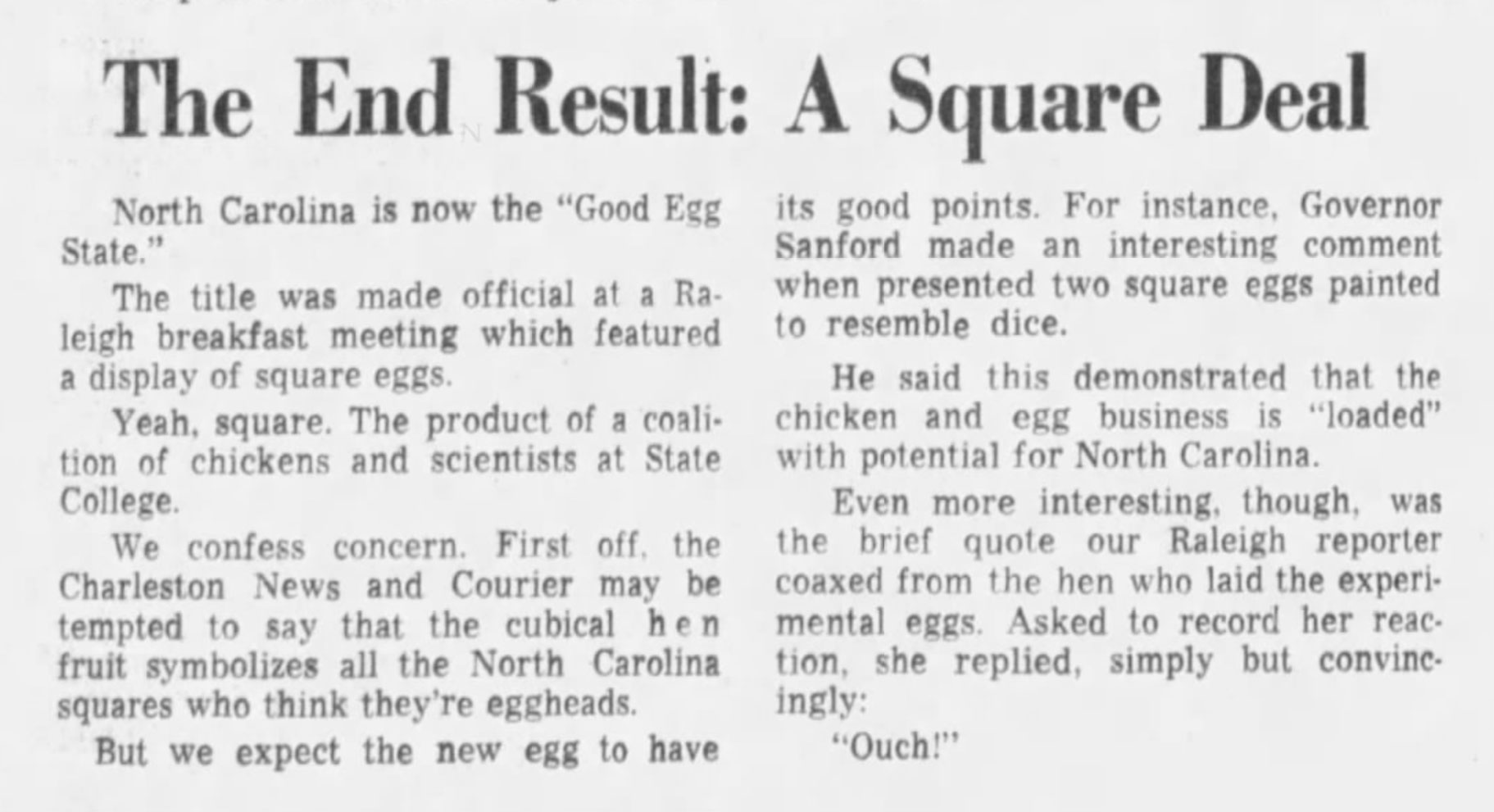 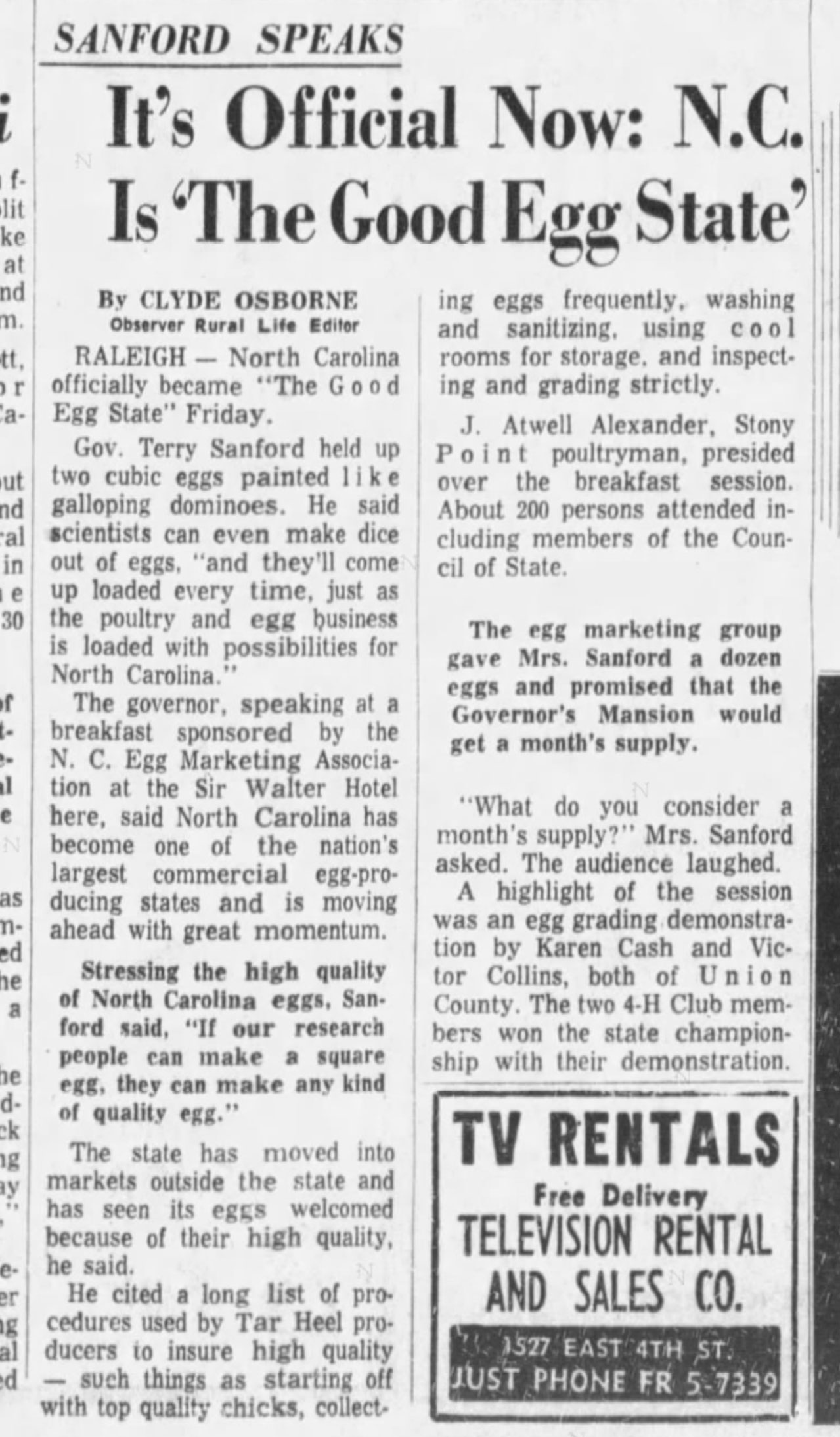 Some kind of solvent?

Much later, in 1975, someone wrote into the Action Line of the North Carolina newspaper, The Highpoint Enterprise, asking about Terry Sanford and the square eggs.

The newspaper actually contacted the former governor, but he either misremembered, or never fully understood what his North Carolina’s research scientists had accomplished… 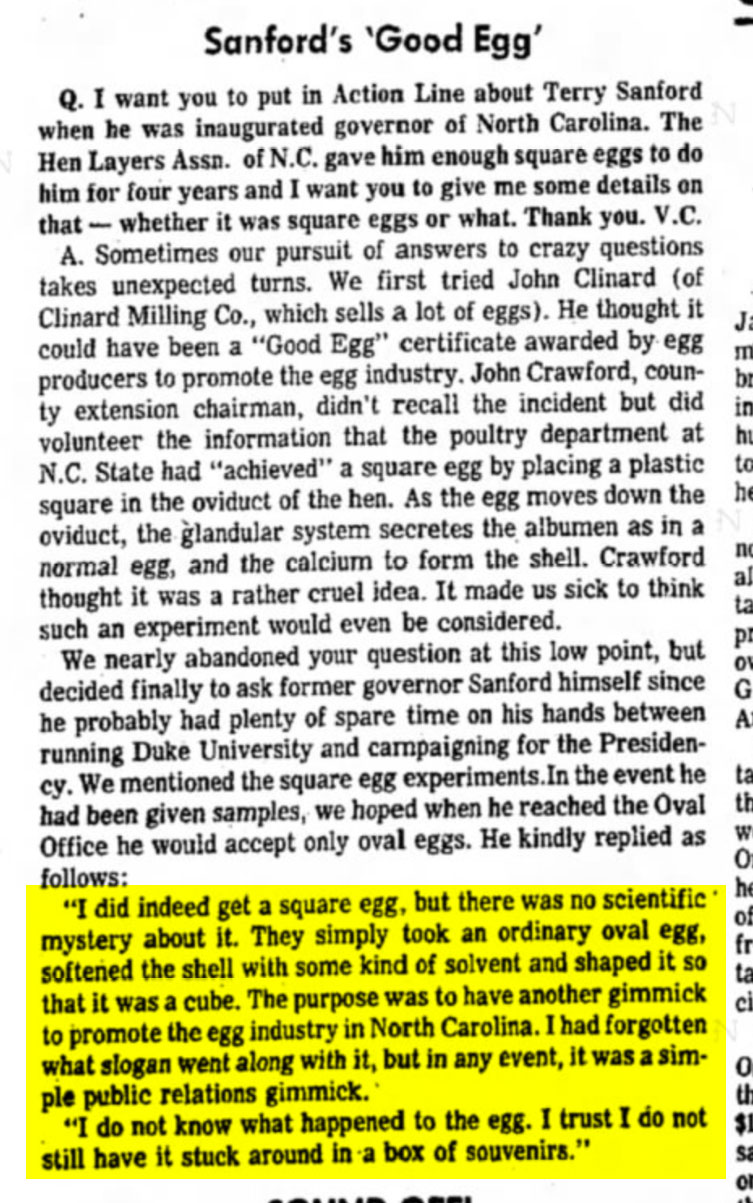 Reading the articles closely, I’m convinced that Garren’s 1961 description of the process was accurate. And that they did not use “some kind of solvent” as Terry Sanford later declared in 1975.