For the 6th day of Egg2 Week we bring you another square egg. This time, however, the “Egg-in-Cube” is not a consumer product, but an embryonic research tool. 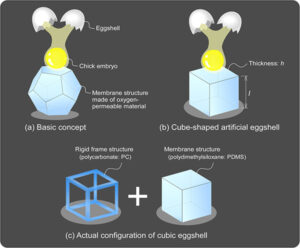 Scientists in Japan developed this cube-shaped “artificial eggshell.” Starting in 2014, they published a series of papers explaining their “novel biomedical platform.”

We initially intended to design a polyhedral-shaped eggshell to most closely mimic the shape of the normal eggshell (Fig. 1 (A)) using a thin membrane surface with oxygen permeability and transparency. However, it is difficult and costly to fabricate such a high-dimensional polyhedron structure. Therefore, we next considered a cube-shaped eggshell (Fig. 1(B)), which is easier to fabricate and whose posture (observation point) can be changed easily.

Egg-in-Cube: Design and Fabrication of a Novel Artificial Eggshell with Functionalized Surface, 2015

Interesting, that they had originally intended to use a higher-order polyhedron, like a dodecahedron. But financial constraints led them to the simpler (and, perhaps, more elegant?) cube-shape solution. 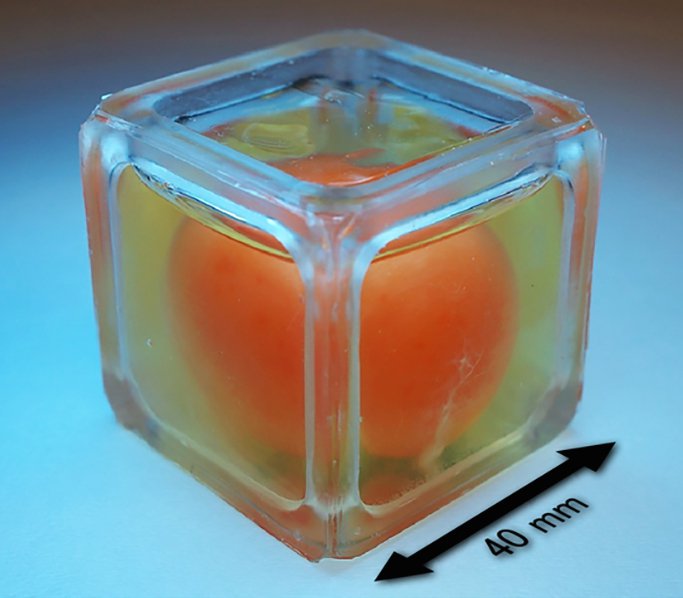 Clearly, the Egg-in-Cube artificial eggshell is for research, not resale. And yet its structure is superficially similar to some of the commercially proposed “square eggs” that we’ve looked at. Such as David Adams’ 1947 “Eggs Having Artificial Shells” and Lawrence Darrah’s 1956 “Shell-less Egg Carton.” 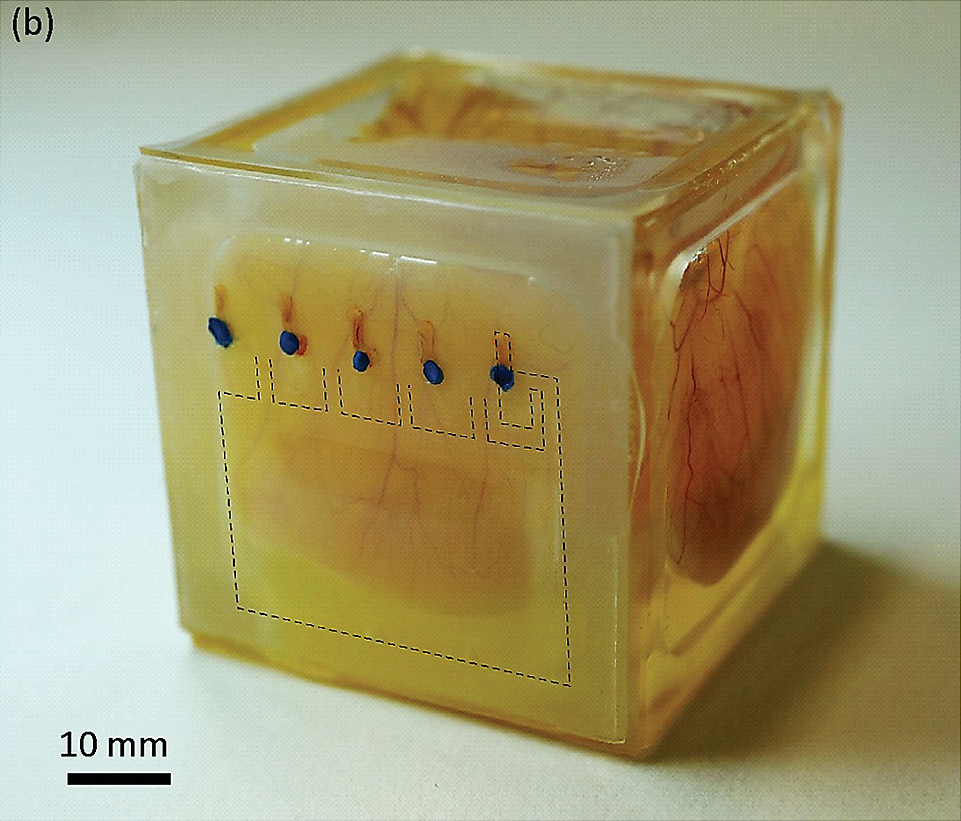 Another Egg-in-Cube photo, from their most recent 2017 paper

So there you have it. With “Egg-in-Cube” we’ve now finish our entire 6-day Square Eggs of Science & Industry Week. (A.K.A.: Egg2 Week.)

Why just 6 days? Yes, it’s a short week, I know. Although, who knows? Maybe we’ll find some suitably scientific square egg for a 7th day, as well.