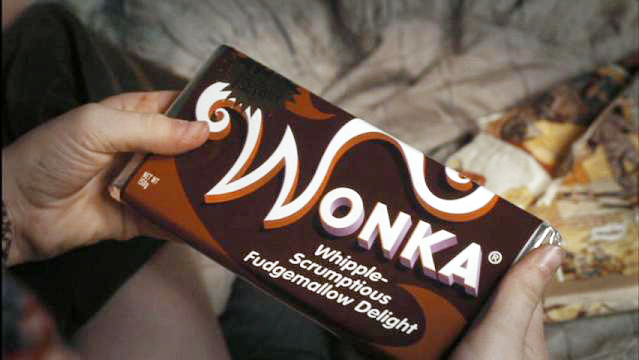 They say that until the age of 8, we are not so good at distinguishing between TV shows and TV commercials. As we get older, it’s a milestone and a mark of maturity that we learn to parse the subtle differences between a story line meant as pure entertainment and a story line with a commercial agenda. Recently there have been a spate of products that, by blurring this line, take us back to that guileless, childhood state. Boundaries between fact and fiction are very porous these days. Sometimes called “reverse product placement,” more and more fictional products are crossing over.

1. Wonka
In Roald Dahl’s classic 1964 novel, Charlie and the Chocolate Factory, Willy Wonka’s chocolate bar packaging plays a key role in advancing the story, as children the world over scramble to find the only five Wonka Bars with golden tickets hidden beneath their wrappers.

In 1971 Breaker Confections, a Chicago-based candy company, licensed the “Willy Wonka” name to tie-in with the release of Mel Stuart’s film, Willy Wonka & the Chocolate Factory, that same year. In 1980, Breaker Confections changed its name to Willy Wonka Brands and in 1988 the company was bought by Nestlé. Currently a wide range of candies carry the Wonka brand, but only two—Wonka Bars and Everlasting Gobstoppers—were part of Roald Dahl’s original story.

(four more examples of “reverse product placement” after the jump…)

2. Harry Potter
Another popular children’s book & movie franchise also featured an unusual candy product: “Bernie Bott’s Every Flavor Beans.” Although introduced in the first book, it was apparently mentioned much more frequently in the movie, to the displeasure of at least one reviewer…

“Haul out your copy of Book 1 and reread the chapter on the train… Rowling firmly establishes that Harry and Ron have gone from strangers to best buddies, Hermione’s irksome bossiness, and Neville’s patheticness. Nothing even remotely like that happens in the movie. For all the times they mention Bernie Bott’s Every Flavor Beans, you’d think it was a real product that was paying for onscreen product placement. I could have done with less about the beans, more about character development.”

But, of course, it was that other sort of product placement. Jonah Cohen just didn’t know it yet. Brought to life by Jelly Belly in 2005. Discontinued in 2007. (Rhetorical question: can a discontinued product ever go back to being a truly fictional product of the imagination?) 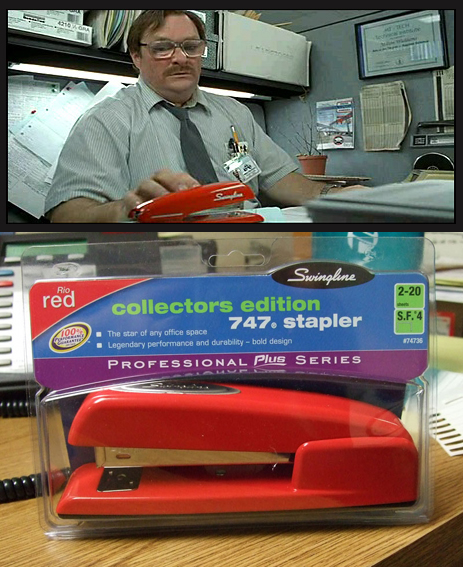 Speaking of discontinuity, this product is not so much a fictional product made real, as a discontinued real product resurrected by fiction. Mike Judge’s 1999 Office Space featured Milton, the powerless, sad sack employee with a desperate, last-straw attachment to a red Swingline stapler. Major plot points ensue. Although Swingline had once made red staplers, they were not available at the time this movie was made. Due to popular demand, however, Swingline made a Special Collector’s edition in 2004. 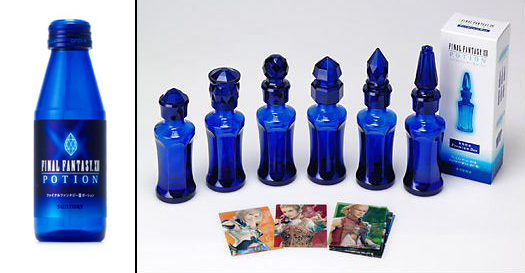 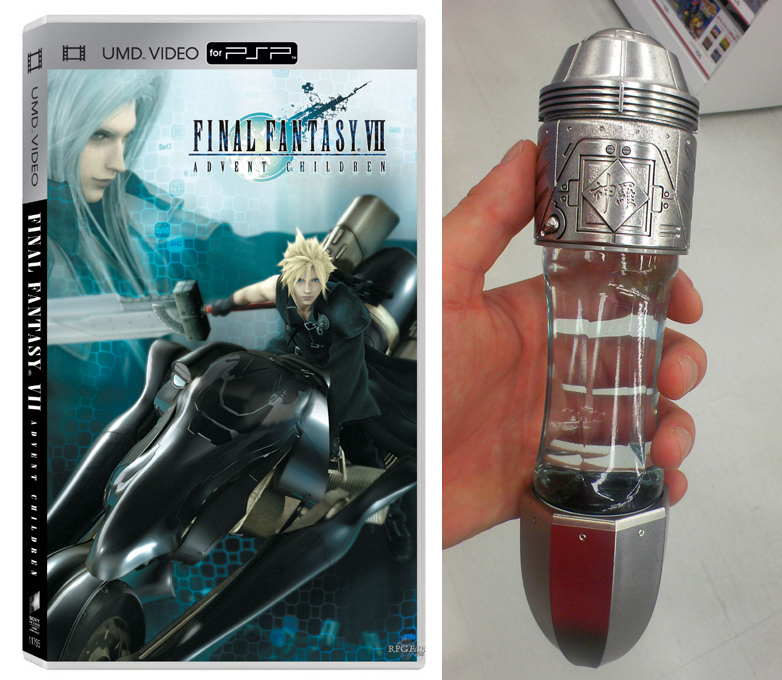 4. Final Fantasy Potion
The role-playing game, Final Fantasy, apparently features magic potions and such. Osako-based brewery, Suntory Limited, has released a series of collectible beverage containers turning the “Potion” concept into a marketable beverage. Starting with an assort of blue bottle shapes in 2006 and more recently, a series of cans and an elaborate sci-fi chalice. Not the only video game beverage tie-in out there, but an awfully enthusiastic packaging effort. 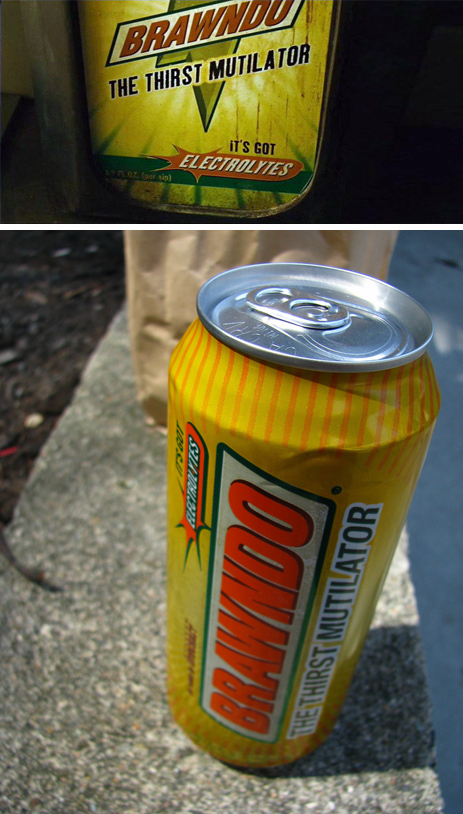 The second Mike Judge movie in this list, the prescient Idiocracy, was a sleeper, both in the sense of being a good movie, largely overlooked at the box office and for being the story of guy who sleeps for 500 years and—(like Rip Van Winkle)—awakens to a very different and very much dumber world. Brawndo, an imaginary Gatoraid-like beverage (with electrolytes) plays a pivotal role in the advancement of the plot.

Graphic designer, Pete Hottelet, got the bright idea of obtaining the rights, and now Brawndo, the energy drink, is a reality. According to an article in the Times Magazine section,

…Hottelet has started a business devoted to bringing to life certain products from movies. His business is called Omni Consumer Products, a name borrowed from the fictional megacorporation in “Robocop.” In addition to Brawndo, Omni has acquired from Paramount the license to market Sex Panther, a made-up cologne from the Will Ferrell vehicle “Anchorman” (“150% More Awesome Than Any Other Cologne. Ever.”).

Sex Panther does not appear to exist yet. At least I cannot find any photos of its bottle. Naturally, there is a web site.

It’s not as if “reverse product placement” is a supernatural phenomenon. Just modern, multidisciplinary marketing at work. Like the movie? Read the Book. Identify with the characters? Buy the same products that you saw in their world.