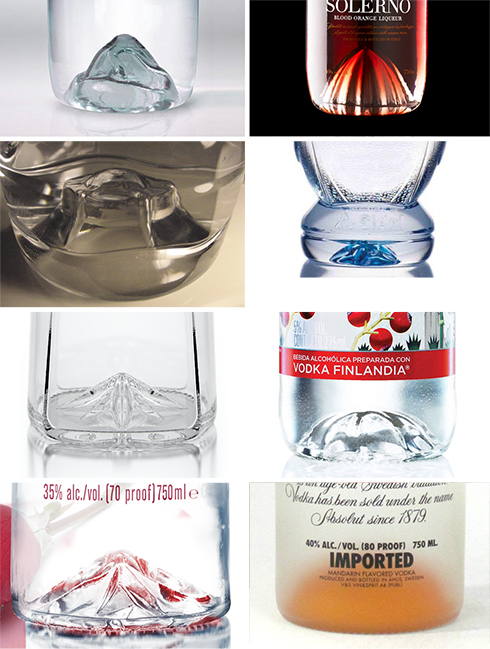 Using the “punt” at the bottom of a bottle as a figural element to say something about the product: the trend continues.

Also known as a “push ups” and “kick ups,” punts are increasingly becoming figural elements containing meaning of one sort or another.

A lot of tequila packaging has been featuring this sort of figural ornamentation at the bottom of the bottle.

Sidel’s rugby-shaped water bottle has a mountain-shaped punt, but as a ball-shaped bottle, it reminds us of an entirely different sort of “punt.”