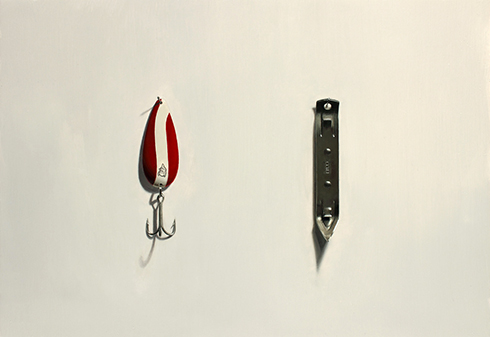 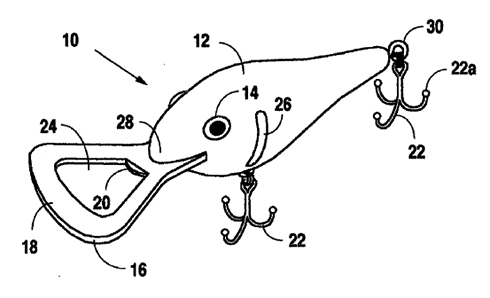 I had originally thought to follow Friday’s post about bottle cap fishing lures with one about “fishing lure bottle openers” like the one on the right, designed in 2007 by Steven W. Cruthirds.

In Surges’ painting, the fishing lure and bottle opener are not combined, but paired. The bottle opener, however, is a church key—a combined bottle opener/can opener. His point in presenting them as a pair, is to compare the prongs of the fishhook with the sharp part of the can-opener…

(Another painting and more package-related fishing lures, after the fold…) 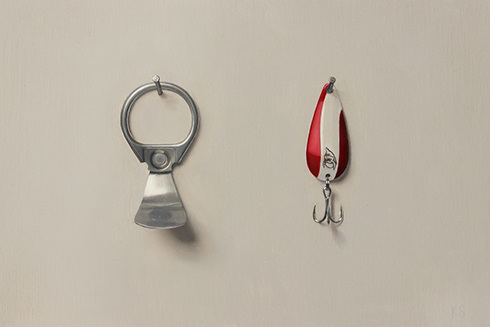 “In my opinion, sharp tactile surfaces have attractive aspects that make them feel palpable.  Ironically these are items that also display rugged and dangerous features.  Ultimately these items are tools that need to be sharp and pointed in order to be used as intended…  In some instances I choose vintage items for their lack of safety.  Many items of the past were in fact more dangerous than their modern day counter-parts and do indeed retain a more dangerous surface.” 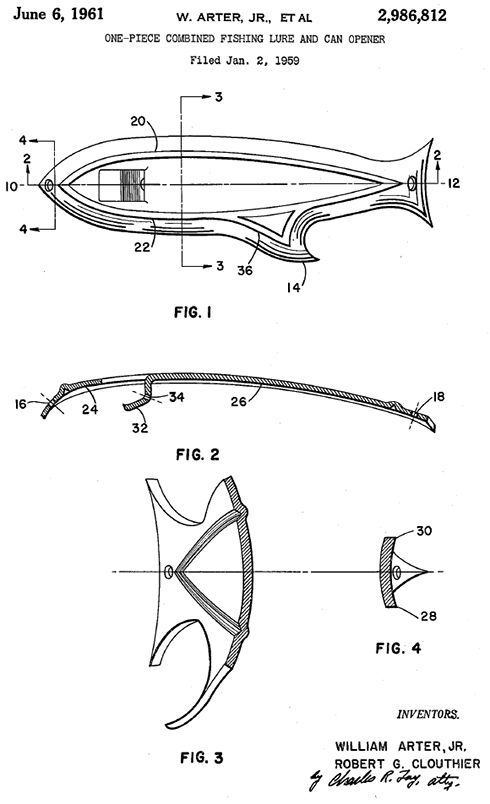 There have also been a number of novelty fishing lures, designed to resemble bottles and cans. 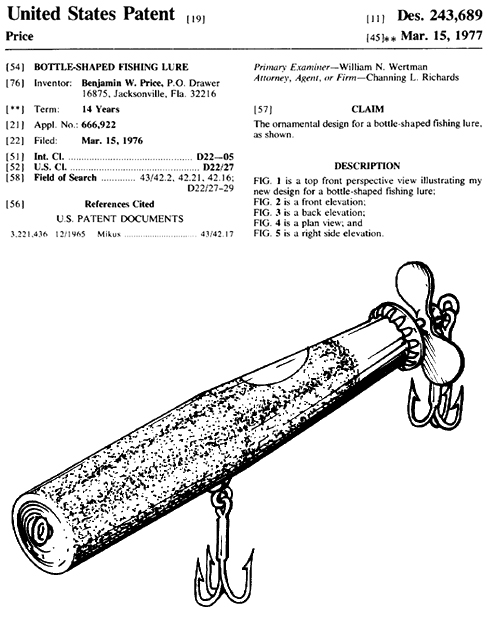 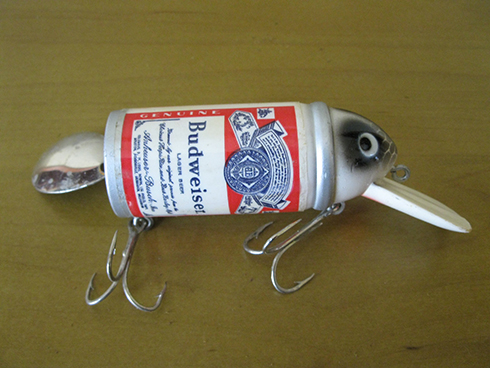