And speaking of “Gee, Your Hair Smells Terrific”…

Jergens believed that Gee, Your Hair Smells Terrific filled a unique niche within the congested fragrance hair product category. According to Jergens, its product was the only brand that boasted lasting fragrance as the primary benefit. Competing products, in contrast, focused on enjoying the scents while using the shampoos and conditioners. The company believed that its brand’s catchy, descriptive name created a strong personality for the product while clearly conveying its intent and benefit. Gee was packaged in brightly colored bottles with the logo in modern bubble letters to catch the eye of the teen consumer.

Because of its super-long product name, discussion of the “Gee, Your Hair Smells Terrific” brand necessitated a nickname. Called “Gee” for short or sometimes: GYHST, the brand was trademarked in 1975.

In the United States, Gee, Your Hair Smells Terrific shampoo and conditioner are sold through the Vermont Country Store, which has licensed the trademark rights.

The product’s unusually long name was satirized on The Simpsons. A sports venue on the show had been named “The Gee your Hair Smells Terrific Arena.”

(Photo from Vermont Country Store site, after the fold…) 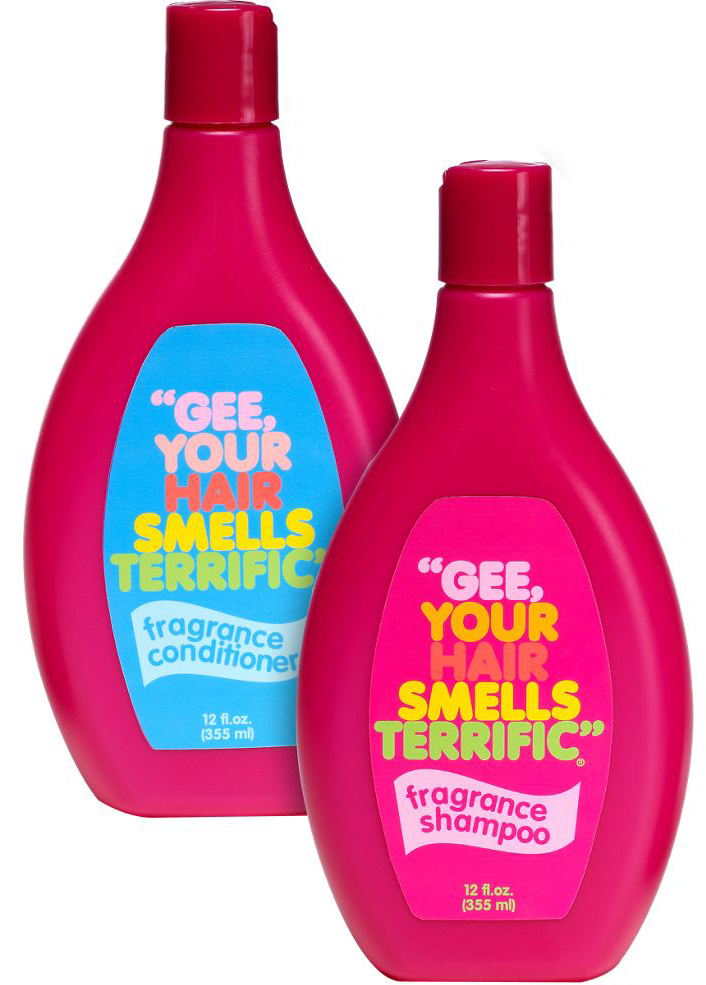