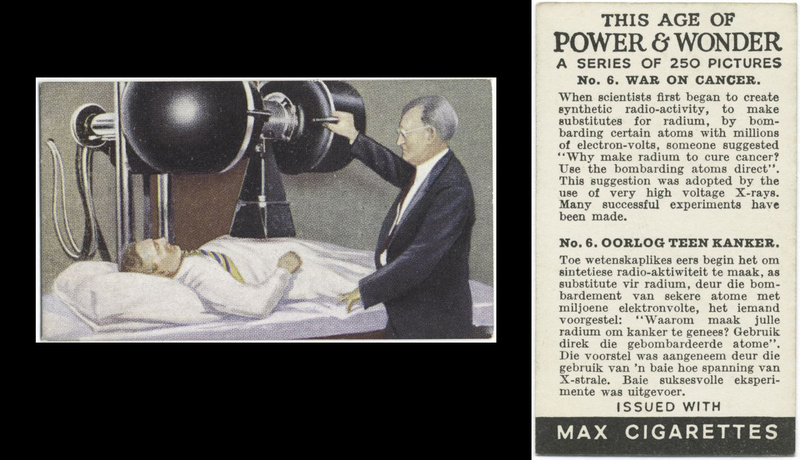 To continue with a digression from my Tobacciana post of June 21,

“George Arents Jr., besides being the heir to the American Tobacco Company, was an avid book collector, my great-aunt’s boss and a race car driver, but that’s another story.” 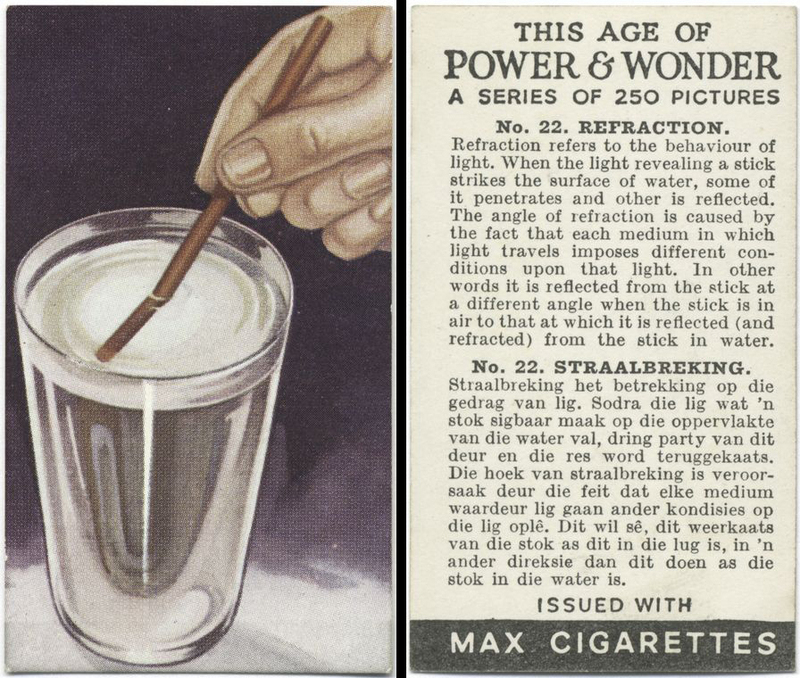 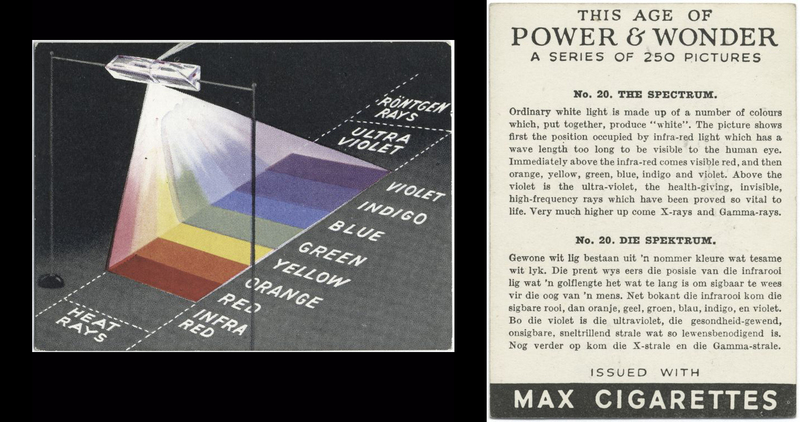 In addition to these, there are many other collections of cigarette cards from the Arents Tobacco Collection online.

3 Georges
George Arents Jr.’s biography is a little confusing because his both his father (the nephew of Major Ginter and for many years treasurer of the American Tobacco Company) and his nephew (who also raced cars ) were also named George. After his father’s death in 1918, George Arents Jr. dropped the “Jr.” and was himself known as “George Arents.” His son who owned the United States franchise for Ferrari is sometimes referred to as George Arents III and sometimes as George Arents, Jr.

Our subject is the George Arents Jr. who was born was born in 1875.

According to the Woodlawn Cemetary tour…

This purchase ignited a passion to collect tobacciana… He bought books and all items connected to tobacco… The George Arents, Jr. Collection, now in New York Public Library on 5th Avenue, is in two Georgian-style, pine-paneled rooms. It is the most important collection of tobacco-related material in the world.

Arents on left in 1954 at the 50th anniversary of the 1904 Vanderbilt Cup Race; on right Arents behind the wheel of his ill-fated #5 Mercedes

The Vanderbilt Cup
Although I’ve stated that George Arents Jr. was a race car driver, his racing career was actually quite abbreviated. He only drove in one race.

According to the Vanderbilt Cup web site:

At the age of 29, he participated in the 1904 Vanderbilt Cup Race held on Long Island. It was the first international road race ever conducted in the United States. During the race, he was involved in an accident in which his Mercedes overturned resulting in the death of his driving mechanic Carl Mensel. After several weeks of recuperation, George Arents, Jr. recovered from his injuries. 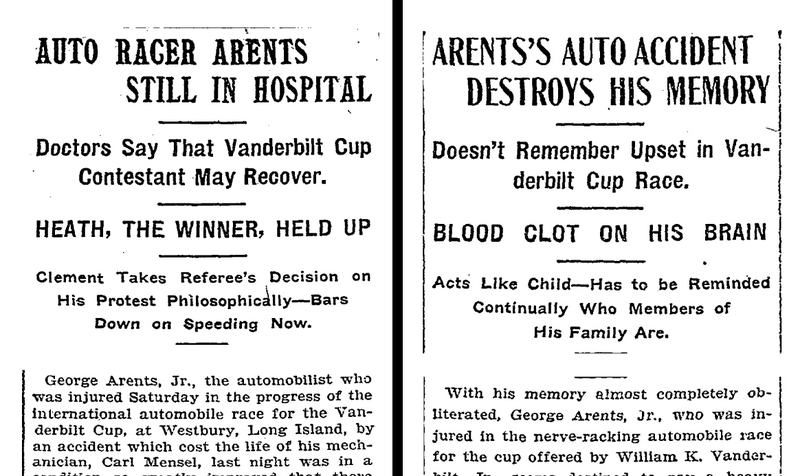 The New York Times coverage of the accident focused mainly on Arents recovery. (He was in a coma for two days.) But in the November article there was also this paragraph,

The overturning of Arents’s racing car was the one fatal accident of the race for the Vanderbilt Cup on Saturday, Oct. 8. He was one of the few amateur drivers in the contest, and on making his second circuit of the course he applied his brakes too suddenly after passing the turn at Elmont. At the time his car was speeding at approximately ninty miles an hour. The sudden stop caused the car to overturn, and Arents and his mechanician, Mensel, were pinned under the wreck. 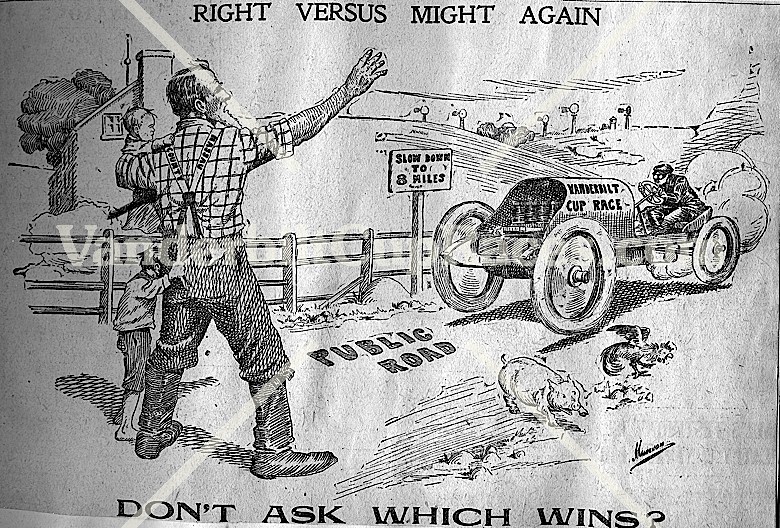 The lure of an economic boon from thousands of free-spending visitors
to the Long Island community proved incentive enough for Nassau County
supervisors to approve the use of public roads for auto racing when
they met on August 23, 1904. Unconvinced, however, were many farmers
who still relied on horses for transportation and saw automobiles as
playthings of the idle rich. Despite several legal attempts to stop the
race, Nassau County supervisors and judges gave their approval a few
days before the Saturday race date.

The Tobacco Collection
From the NY Public Library’s web site: Arents deposited his tobacco collection with The New York Public Library in 1942, and on his death in 1960, he willed the collection to the Library with funds sufficient to purchase “books, manuscripts, literary material, objects and rarities of a character appropriate to [the collection’s] development and improvement…”

“The works, however, must have a link to tobacco.” When my great Aunt Sarah was the curator, however, some of those links were somewhat tenuous. Rather than confining her acquisitions to strictly technical tobacciana about the history of snuff—she was instrumental in acquiring more literary artifacts justified by the merest mention of smoking…

The collection includes both the handwritten manuscript and original typescript of Oscar Wilde’s, The Importance of Being Earnest, which contains the wonderful scene between Worthing and Lady Bracknell, where she grills him unmercifully to determine his matrimonial suitability for her daughter. Questioned about whether or not he smoked, Worthing replies in the affirmative. “I am glad to hear it,” she counters. “A man should always have an occupation of some kind.” It’s perhaps one of the most famous, and surely one of the funniest, literary allusions to smoking.

The more recent acquisition of a series of photographic portraits of famous people smoking —(Bob Dylan, Peggy Lee…)—strikes me in a similar way. Not perhaps what Arents, (the [1]  tobacco magnate), had in mind. Although it must be acknowledged that any photo of an attractive celebrity smoking probably serves as free advertising for tobacco. 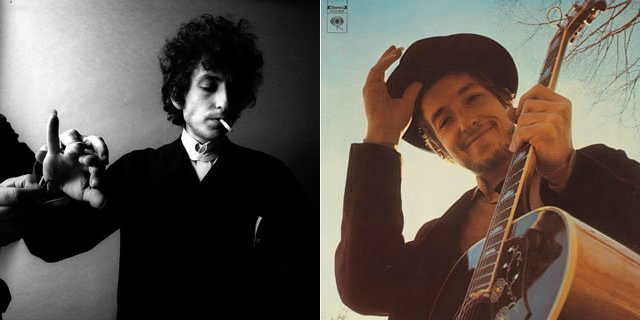 What I always remember about Bob Dylan and smoking, was that when Nashville Skyline first came out and Dylan’s singing voice sounded different, he explained it by saying that he had quit smoking. “Quit smoking and you’ll sing like Caruso!”

A much better poster boy for tobacco would be Lou Reed, who in addition to himself appearing in photos smoking cigarettes, shows a cigarette being smoked on the front cover of Berlin and a pack of cigarettes in the T-sheet sleeve of the “butch” fellow on the back of Transformer. Not to mention his having appeared in Blue in The Face, (Wayne Wang’s follow-up movie to Smoke) in which various celebrity smokers are interviewed about the pleasures of smoking tobacco in a brooklyn smoke shop. 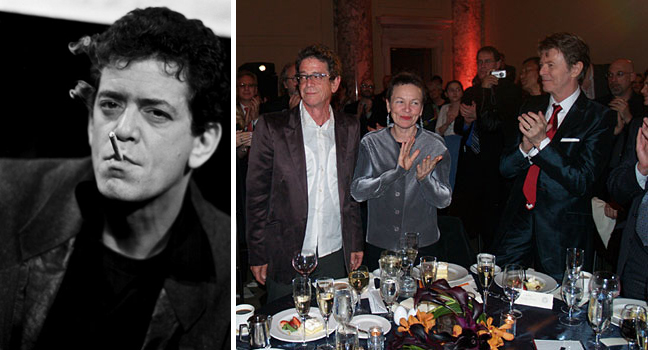 On left: Lou Reed smoking, taken during the CMJ New Music Marathon at the Beacon Theatre in 1985.
Photo by Paula Court/New York Noise

Alumni of the University are eligible for the award, based on excellence in their field of endeavor. Recipients of the award, which is the highest alumni honor the University bestows, are selected by the Alumni Association Board of Directors.

The 2007 George Arents Pioneer Medal For Excellence In The Arts
Lou Reed attended Syracuse without graduating but was later given an honorary degree in English. He is the most recent recipient of Arents Medal. 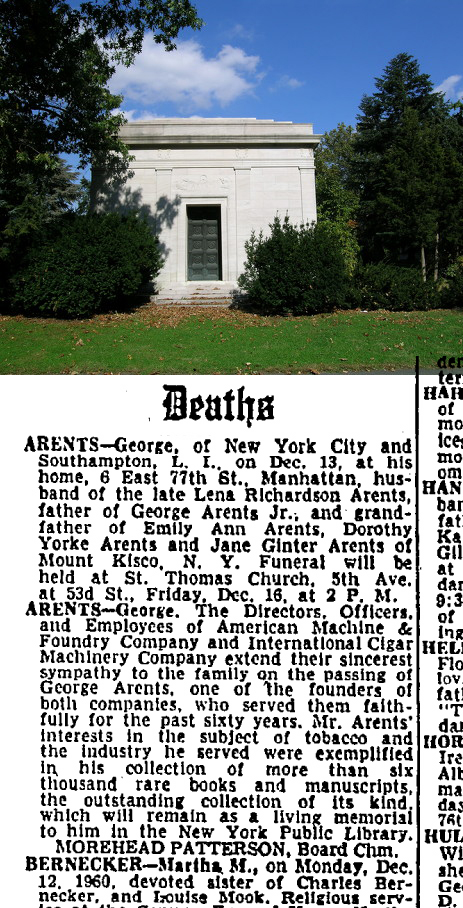 Update/correction:
(Don’t believe everything you read—online!)

1. I recently visited the Arents Collections for the first time and the current curator, Virginia Bartow, set me straight on the subject of whether Arents smoked. She referred me to this photo (below) which I had seen, but not fully observed. 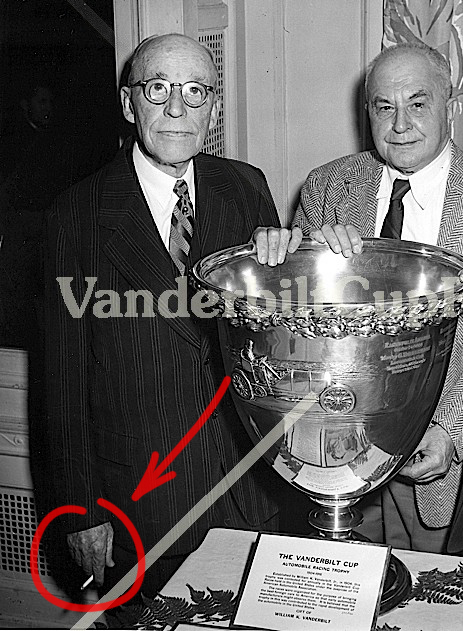