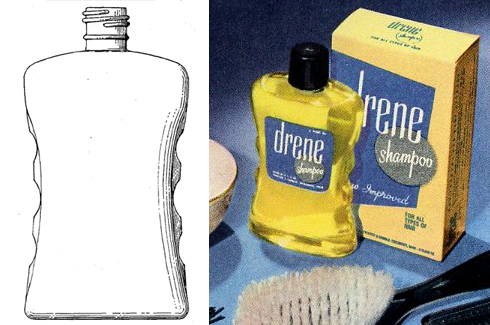 As promised, the brand identity of yesterday’s mystery bottle is now revealed. At first I thought it might be for a men’s product since there’s something tool-like about its hand-grip shape. Incorrect.

Turns out, it was designed to contain Drene Shampoo. Difficult to figure this out, however, since this brand no longer exists.

Originally, soap and shampoo were very similar products; both containing the same naturally derived surfactants, a type of detergent. Modern shampoo as it is known today was first introduced in the 1930s with Drene, the first shampoo with synthetic surfactants.

from Wikipedia’s entry on Shampoo

Presumably, since Deskey’s patented 1949 bottle design was assigned to Procter & Gamble, it was also he who designed the graphics for the bottle label and the carton that the bottle came in.

Five years later the Drene Shampoo packaging was redesigned again, although the bottle shape remained unchanged. (The photo and the quote below are via Al Q’s Flickr Photostream…) 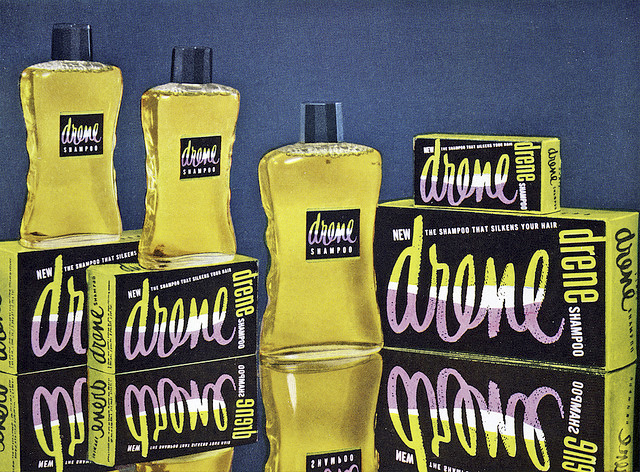 New Drene carton is a completely new design – by Don­ald Deskey Associates — due to increasing sales of the shampoo through supermarkets and grocery chains. New design has cosmetic appeal, bold display, and a flexibility of display that permits placing the carton in a horizontal or vertical position. Designer’s second most important contribution (the new carton was the first) was the re­search and development of printing inks in colors which would meet the specifications set by the client. Ink speci­fications are very critical and only inks that will with­stand product tests, fade tests, and scuff tests, are accept­able. Until recently, chartreuse and purple colors could not be formulated to meet the requirements. Deskey’s third most important contribution was the development of a package design that has been an inspiration to the advertising agency in the preparation of outstanding and revolutionary advertising art work.

from “Industrial Design In America” 1954

Interesting to note this early example of a package being designed to work both horizontally and vertically. Not all product manufacturers care about this idea, but it does gives a store more display options. (See: Lego Fruit Snacks)

(More about Deskey’s Drene and it’s finger grip shape, after the fold…)

This Drene twin pack (via eBay) has the same dual horizontal/vertical typography, but it’s also interesting in another way. It’s a single box, designed to look like two boxes. Understandable since it contains two bottles, but oddly repetitive in the same way that the Nabisco 12 Packs from November were.

Deskey’s design patent for the bottle appears below…

A smaller “sample” bottle (from eBay) has similar finger grips, but is not exactly the same shape… 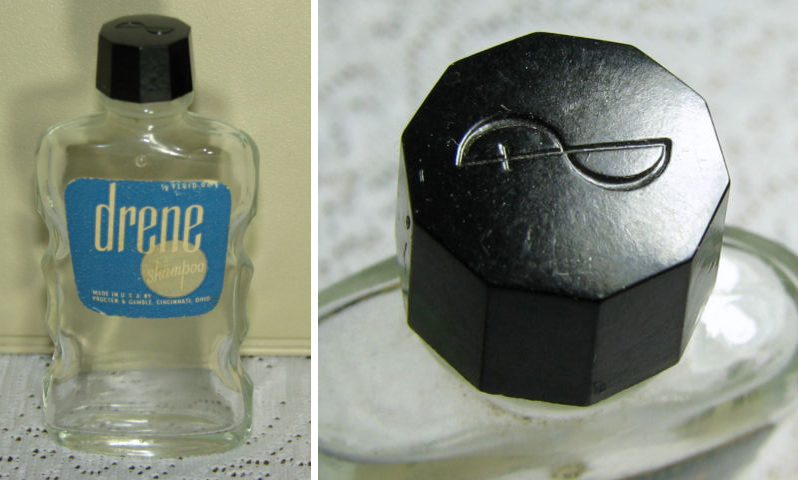 Deskey was not the first to come up with the idea of a glass bottle with finger grip indentations. This bottle manufactured by the Watkins Medical Company is older. 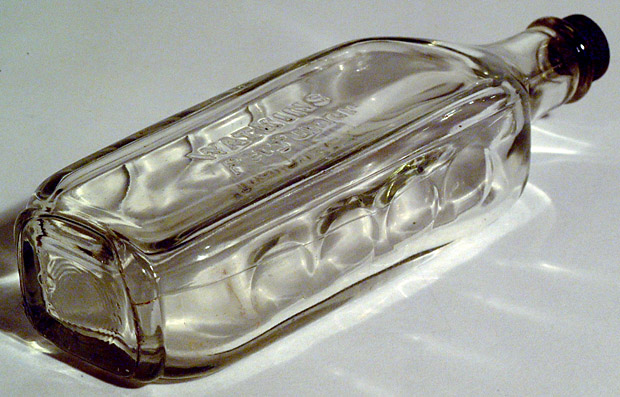 More recently, in 2007 Tony Steinmann received a design patent for a bottle with similar finger grips which cited the 1949 Deskey patent as prior art… 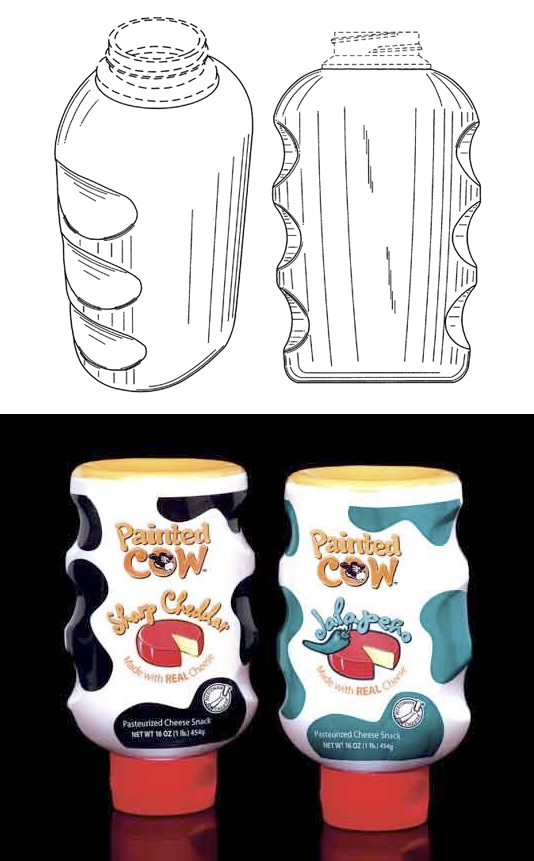 Steinmann’s design patent was assigned to Winona Foods for a line of Painted Cow™ cheese spread products. (via: Packaging World)