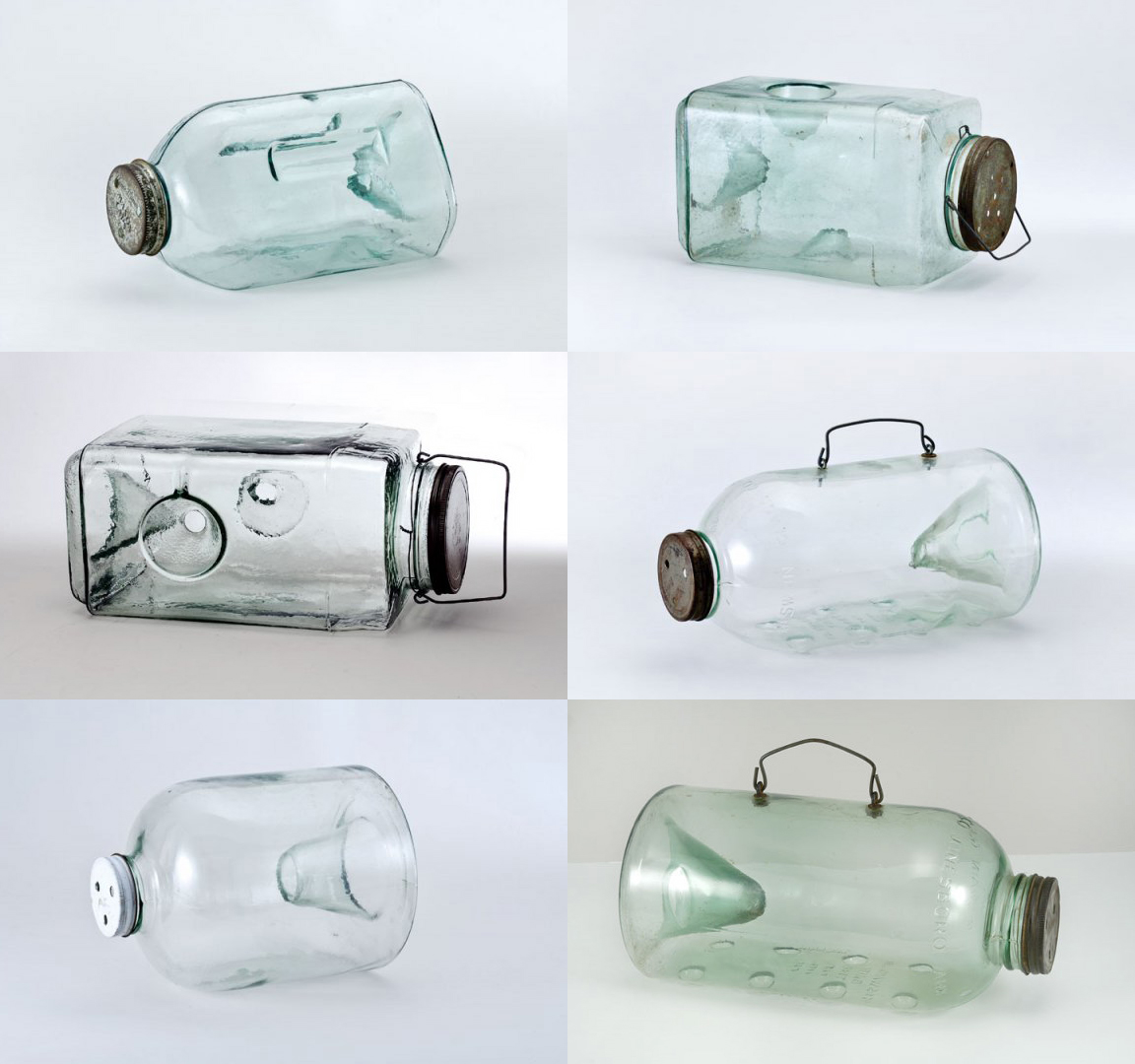 From the auction catalog site:

Paschal met with his first glass trap, an early Orvis model, while hunting for tackle in the Midwest, far from its original manufacturer. The original glass minnow trap operated on a simple concept, yet one that would be re-invented time and again, making for unusual configurations by different makers. The premise of the minnow trap was marketed most successfully under large retailers such as Orvis and Shakespeare. These companies produced variations on a line of full bodied traps that incorporated not only function but style appeal. The success of retail traps would spawn a host of competition, earlier from glassmakers, and later from those looking to cut cost and produce traps that were far less fragile. The range of traps showcased in this collection, which encompasses the most unusual of those Paschal purchased over the years, shows the diverse nature of the earliest examples. Most were made in small numbers, and due to the easily damaged glass, few of this era survived. Those made by small firms, which produced variated models of their more successful counterparts, did not sell well and disappeared from the market after very short exposures. The combination of their delicate nature and very short lived production, makes this collection of the rarest glass traps exceptional, and the finest to ever come to auction.

There were also minnow trap kits which enabled fishermen to retrofit an ordinary mason jar into a functioning minnow trap. As with all consumer collectibles, these are worth more when the packaging survives. (Yes, these jars came in boxes.) 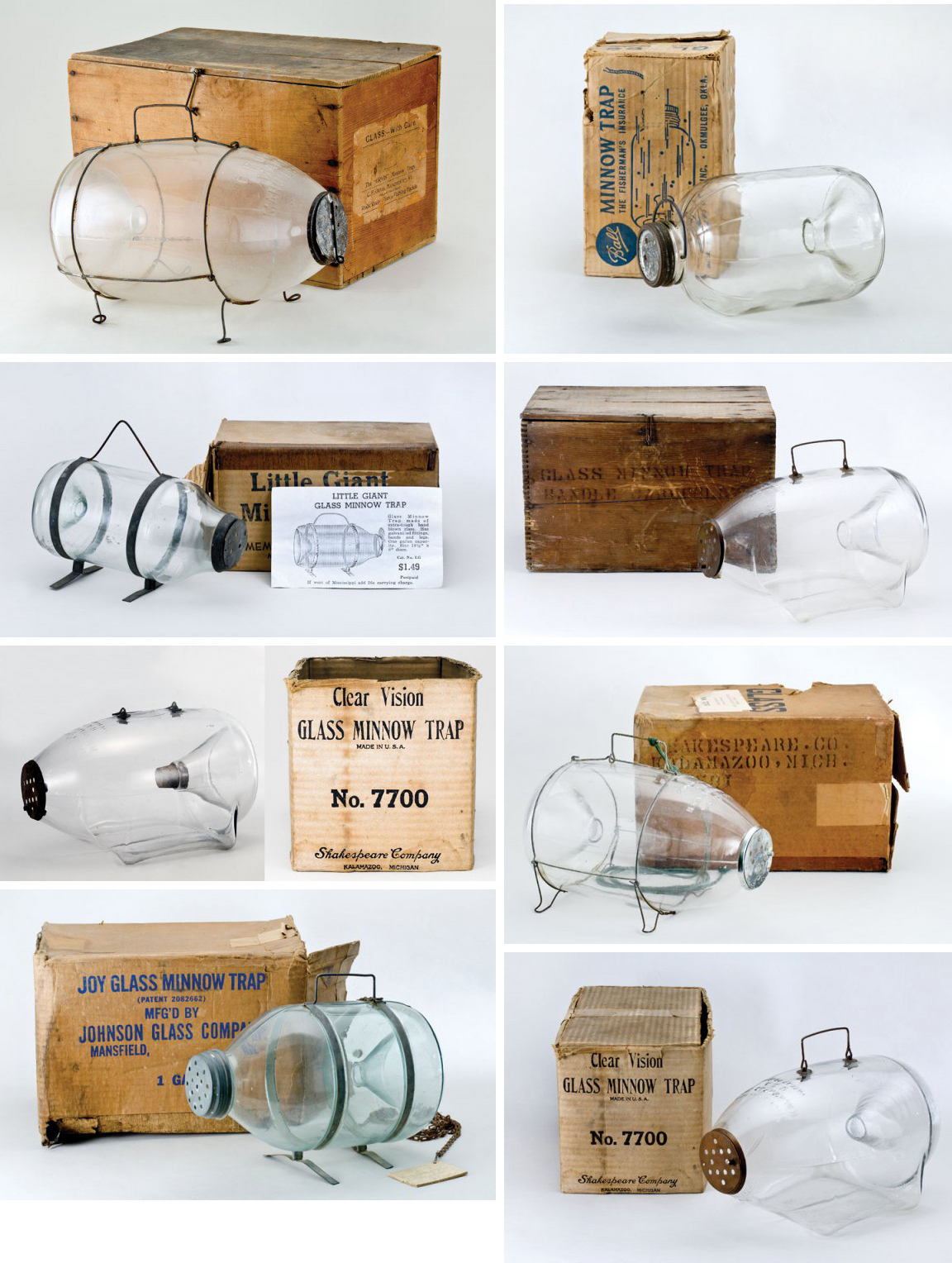 « Too Late’s Wristwatch in a Jar
Mason Jar Mousetraps »