The Gömböc was developed by Gábor Domokos (of Budapest University of Technology and Economics) and Péter Várkonyi (of Princeton University).

The Gömböc mimics the “self-righting” abilities of shelled animals such as turtles and beetles. Such a shape was conjectured by Russian mathematician Vladimir Arnold as a mono-monostatic body.

from the Wikipedia entry

An arcane, pure-science object in search of an application. Why not a self-righting Gömböc bottle? In the video above, it already looks a bit like a drunk, but expensive whiskey bottle lurching and reeling about. Until it eventually sobers up. (Or am I anthropomorphizing again?) 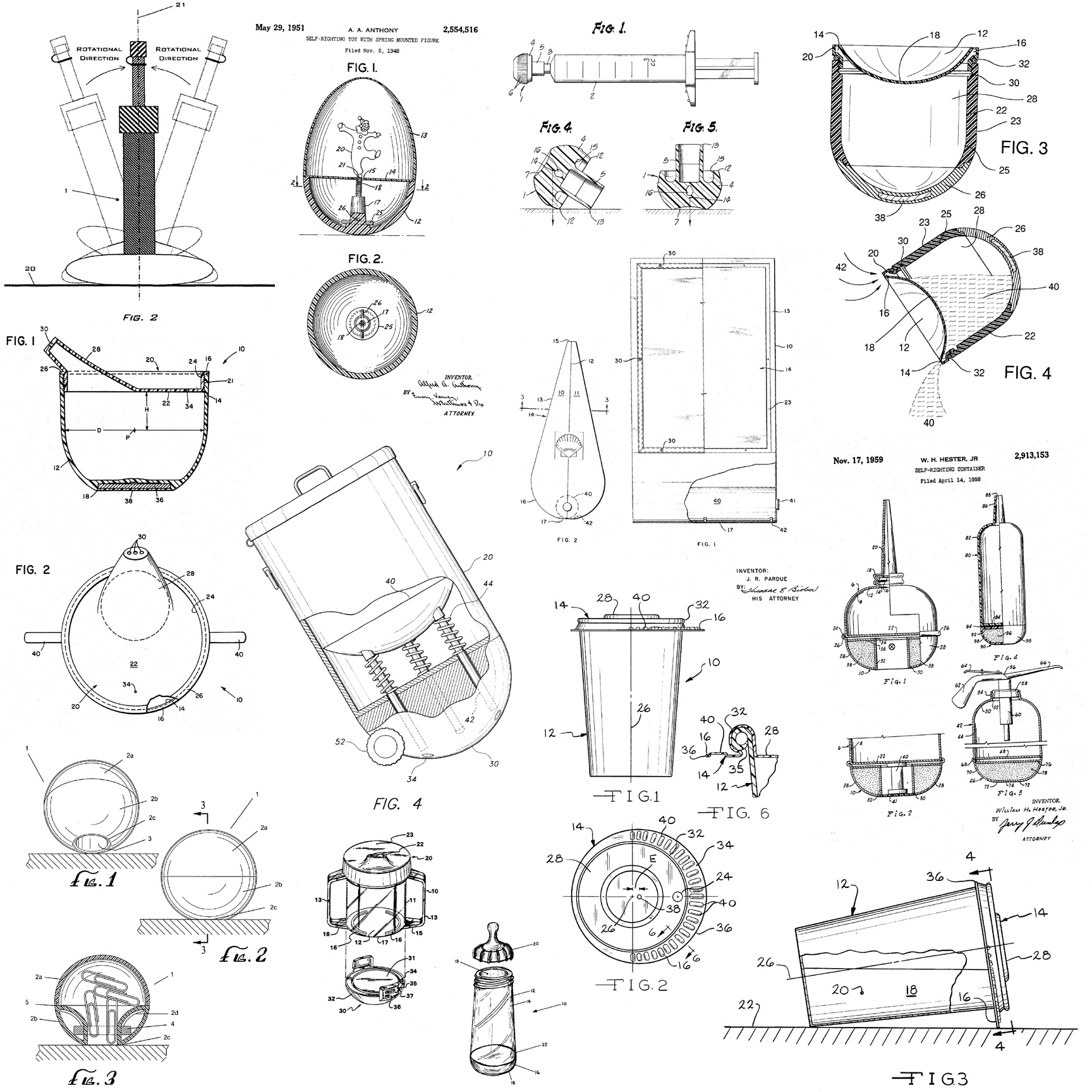 There have been lots of self-righting containers invented over the years. Training cups and the like. Usually involving ballast of some sort—and hence not the mathematically-pure monostatic polytope that John Conway and other mathematical types have long puzzled over. (Conway, M. Goldberg and R.K. Guy’s 19-sided monostatic polytope can be seen: here.)

I’ve already compared a package to Weebles once on this blog. (here) The Gömböc—(which has a pretty cute logo, by the way)—also has an official website on which this lofty mathematical object compares itself to the lowly Weeble.