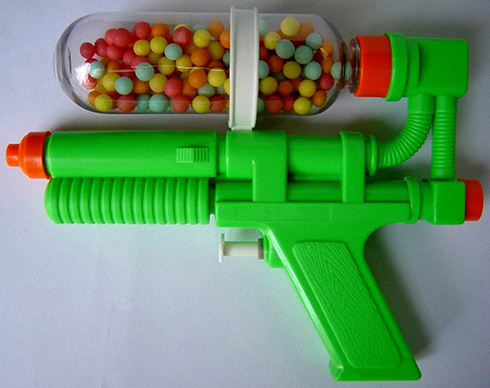 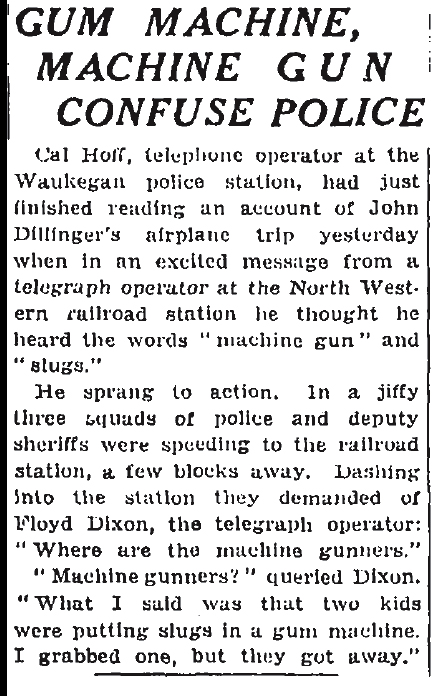 Along with our cultural tendency to conflate the words, “gun” and “gum,” are visual puns based on two other things: gumball machines and machine guns.

This linguistic similarity was first noticed back in the days when machine gun wielding gangsters were more frequently in the news.

The newspaper clipping on the right is from a 1934 issue of the Chicago Daily tribune. Its headline: “Gum Machine, Machine Gun Confuse Police.”

Today, there’s a type of squirt gun that substitutes its reservoir tank of pressurized water with a capsule of gumballs. This creates the illusion that the toy gun would shoot gumballs as bullets, but the gumballs are really only dispensed by unscrewing the capsule. 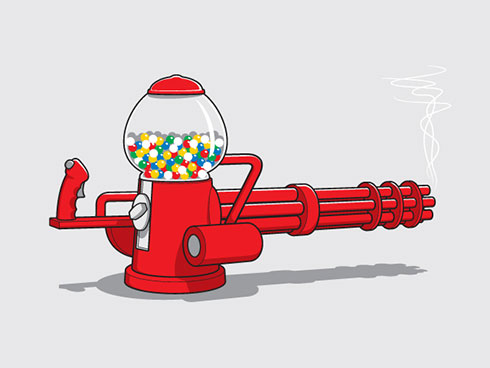 Were there ever any toy guns made that actually used gumballs as projectiles?

(Jones’s design as it appears on a shirt, after the fold…) 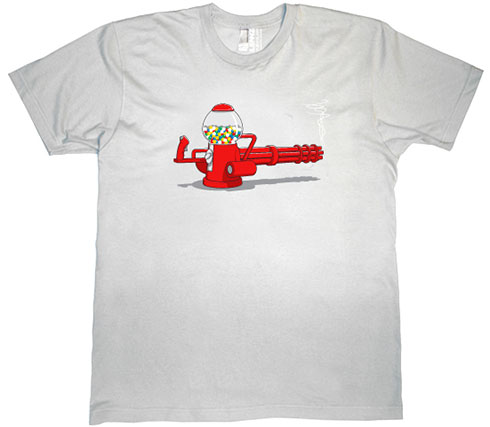