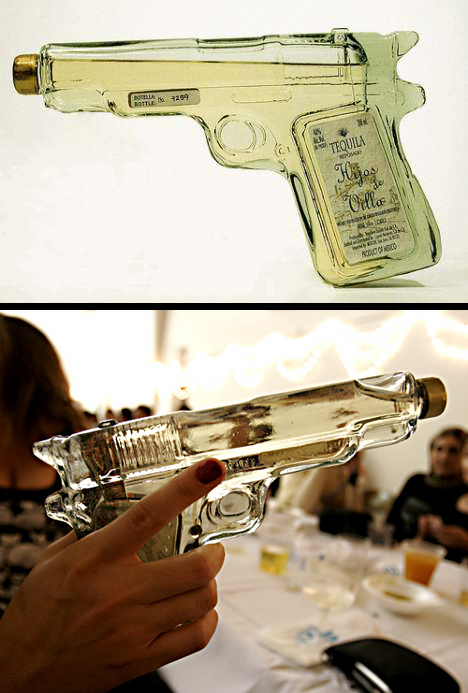 The gun-shaped Hijos de Villa Tequila bottle was getting a lot of attention online last year. Old news from Johnny-come-lately, Box Vox, right? I know, but looking into it now, I’m a little surprised at how many other gun-shaped, glass bottles there are to be found. Some of which are even older. 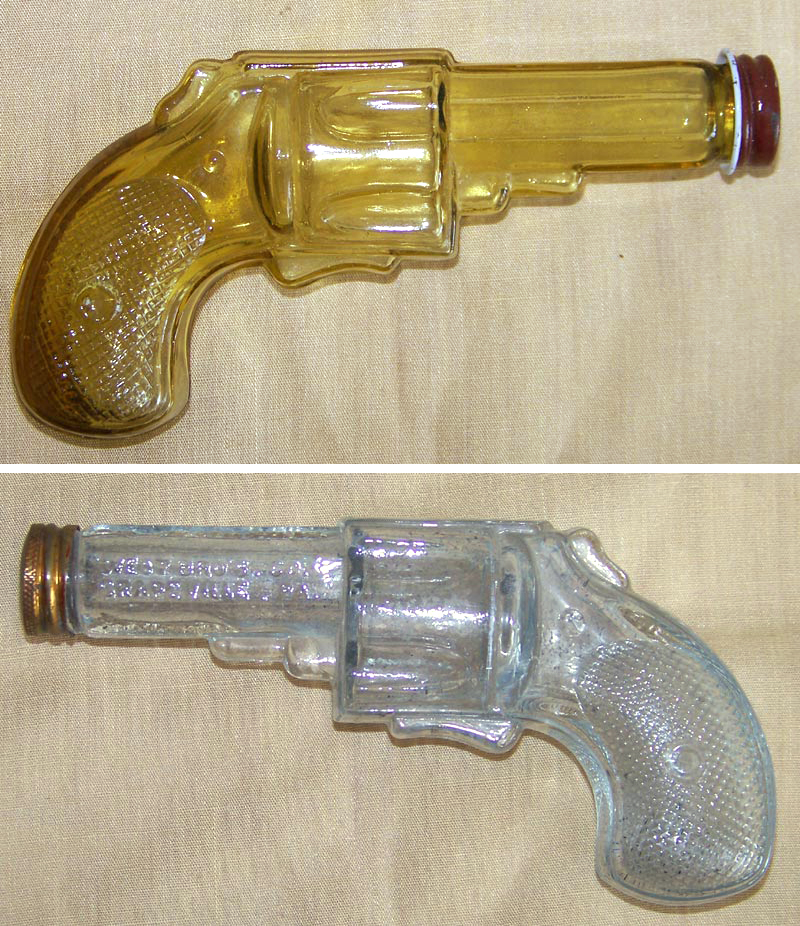 These two gun-shaped candy bottles are from Ruby Lane. (Vintage packaging from the days when kids were encouraged to play with guns.)

Although I’ve touched on the topic of bottles as a weapon—(think: barroom brawl)—I hadn’t considered “weapons” to be one of the fundamental packaging metaphors. (See: Packaging as Metaphor) I don’t know, maybe I missed something…  “In the battle of the brands, packaging is a weapon.” or “The package is a not-so-secret, deadly weapon with which to annihilate the competition.” (Or something like that.) 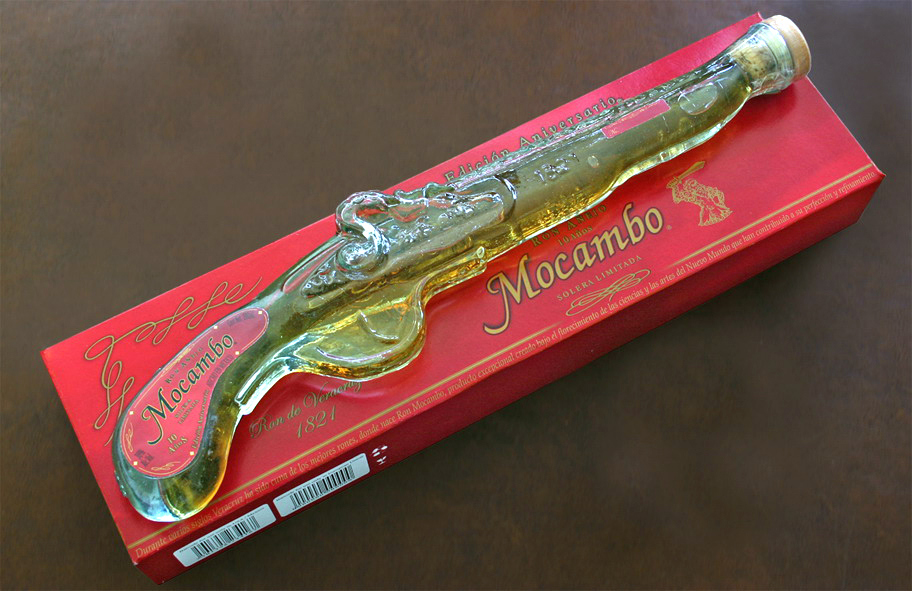 Pistola Bucanero "Mocambo" 1821—a buccaneer.jpgstol-shaped rum bottle (Note: gun-shaped bottles are one of those packages that, themselves, require packaging.)

(More gun-shaped bottles, after the jump…) 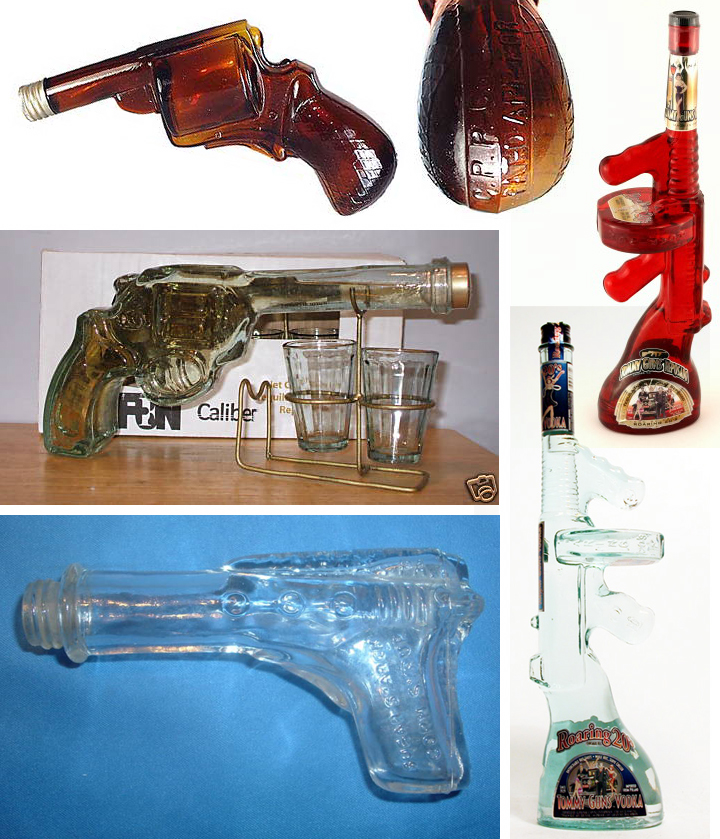 Top left: gun-bottle found under the floorboards of a demolished shed. (Says Bottlebooks: “One way to check the age of the gun figural is to look at the lip. If the lip is ground off, then it probably was made between 1880-1915.”); 2nd row, left, (from eBay): another Tequila bottle, this one, a six-shooter by “Fun Caliber”; bottom row, left, (from eBay): a glass ray-gun-shaped bottle that held candy. (One side of the grip has raised letters that say “Color Certified 4 0z.” and the other side says “Sugar, Starch, Corn Syrup”); The two bottles on the far right are machine-gun-shaped vodka bottles by Tommy Guns Vodka.