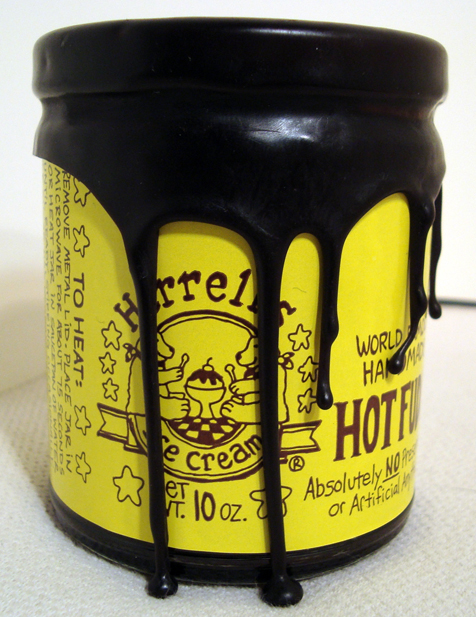 I spotted this unique dripping wax seal on a jar of Herrell's hot fudge at Cardullo's a few weeks ago. It's unlike anything I've seen. Alas, when I checked out their site, I found a note saying that the packaging would be discontinued! But why?!

Judy Herrell wrote in an email that there were several reasons why Herrell's will no longer be using the tops: 1) people found them difficult to open or "too pretty to open" (thus making it self-defeating), 2) Herrell's discovered that the scented wax is not recyclable and they are committed to offering a 'green' product, and 3) the wax tops were made by hand-dipping, which is labor-intensive and expensive.

I'm torn. It's such a clever and eye-catching idea. It's a communicative visual ploy that really makes one want to eat hot, rich, luscious, chocolatey, drippy fudge. When I mentioned to the
cashier that Herrell's would be discontinuing the packaging, he exclaimed,
"Oh no! But that's what was so cool about them!" Though he immediately
followed by saying, "It's really great fudge though." 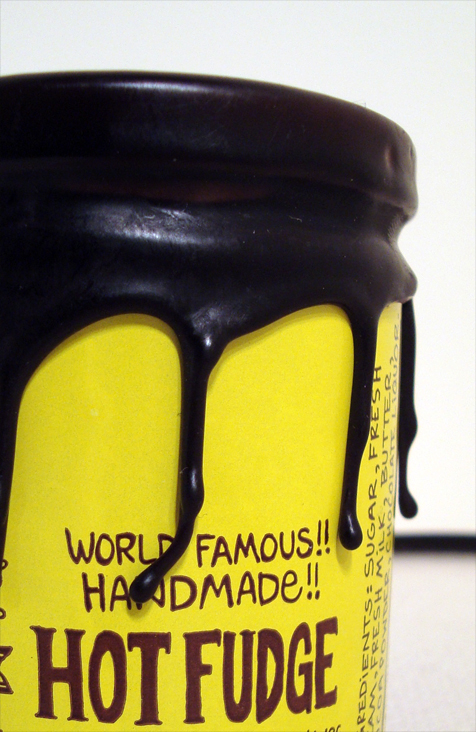 If you are like me, you suddenly have a craving for hot, dripping fudge. Photo by me.

On the other hand, kudos for commitment to ecological awareness. And I can completely understand the point about the packaging defeating the purpose of the product. My boyfriend (who can finish a jar of this fudge within a matter of hours, armed with nothing but a spoon) has been keen to rip off the wax and dig in, while I want to preserve it forever as an art piece.

Herrell's dripping wax tops are another example that at a certain point package design can become too attractive, defeating the purpose of the product. Another example are the wonderful Tea Forté infuser cones, which have been profiled on this site before. I have seen one of these tea infusers in a coworker's cubicle, its little paper leaf poking jauntily out of a tea cup. And there it remains. When I asked about it, they said that it was a gift from a friend, and that it's just "too pretty" to ruin with hot water. 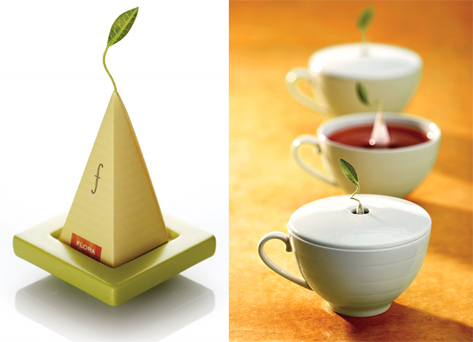 Tea Forté infusers; i.e. "office plant" to some of my coworkers.

I guess what matters in the end is that Herrell's doesn't need drippy wax tops to convince New Englanders of the delicious nature of their fudge, and in some cases the gorgeous packaging may be hindering the enjoyment of this lovely product. I'm still sad about it being discontinued though. (And still hiding the fudge behind canned lima beans to save it from my boyfriend.)

Warns you to stay away from her Herrell's fudge!