A “history of the graphic burst”—that’s what this post would be if I really knew anything about the subject. I had imagined that the burst, so ubiquitous on packages during the 1950s and 1960s, might have started much earlier—perhaps at the dawn of the in-your-face packaging of patent medicines. I could find no evidence, however, to support this idea.

So lacking any real authoritative information… I will here define the “graphic burst” as any jagged, radial shape containing a typographic message—(sometimes with an exclamation point)—or a picture. Burst messages are usually short… (as in: “FREE” or “On Sale!”)

Sometimes the burst is part of a product logo and an integral part of a package’s design. More often, it is a “violator” in the sense that it’s a sort of graphic intrusion, temporarily violating the integrity of the more ‘permanent’ package design. But where did this device come from? Who used it first?

I would hazard a guess that the graphic burst may have evolved from a number of different sources, because it seems to be associated with different symbolic meanings. (Here are four that occur to me.)

1. Ballistic Bursts  As in fireworks and “bombs bursting in air.” The idea being, to convey some dynamic sense of excitement and urgency. A lot of popcorn packaging seems to feature bursts of this type.

2. Bursts of Light Sometimes used for light-related products (light bulbs and the like) but also used to lend a dynamic excitement to the proceedings. Behind a product or a person’s head, this kind of burst can imply a sort of heavenly aura. I think the Statue of Liberty relates to this idea. While one might assert that the radial spikes behind her head are a hat or a crown, I think the effect is a classic “burst of light.”

3. Seals of Approval (Think: Good Housekeeping.) This type of burst must have regular, not-too-jagged spikes, and was probably intended to resemble the sort of gold stickers one sees (or used to see?) attached to official documents. 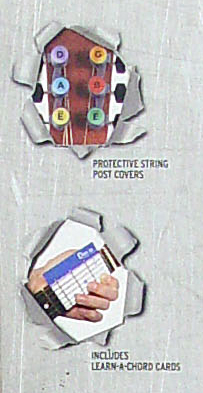 4. Illustrative Bursts Sometimes a burst, while still a graphic device, is also an illustration. It may be an illustration of something from nature, (like a sunburst or a star burst) or anything that lends itself to a spiky, radial motif. (Sometimes even daisy petals can be given a flower-power, burst-like aspect.) The “ballistic burst” can also be more on the more literal, illustrative side—and less in the symbolic, comic-strip style. I recently saw this guitar package (see inset on right) with bursts that were trompe l’oil illustrations of torn paper. These “bursts” are like faux die cut windows bursting holes right through the package. (Similar to the splat-shaped bursts of some recent Starburst packaging.)

These days the burst is mostly looked down upon. Crass and vying for attention. Sometimes used with a hip irony, but inappropriate for tasteful, upscale merchandise. As such, some say it’s overdue for a big, recessionary comeback.

(Lots more ways to burst your inflationary bubble, after the fold…)

From Roadside Pictures’ Flickr Photostream: Sprite (with a dotted-i burst), Skippy, Jif (with pinking shears style burst), Lipton (15¢ Off burst), Glad Garbage Bags (Save 15¢) and  Bing Crosby Ice Cream carton
with bursts of electrical light/energy emanating from behind Bing’s
heads); photo of Arm & Hammer with heavenly light burst from
I-don’t remember where; Shina Dish (with logo splat burst) from The
Clark County Historical Society Pioneer-Krier Museum; Eveready Battery (with electrical/seal-of-approval burst) from The American Museum of Packaging; Fleischmann’s Yeast for a burst of fungal activity (photo from Cooking For Engineers); on left: detail from a Havoline Oil ad from The Gallery of Graphic Design; TNT Popcorn tins (with ballistic logo bursts) are for sale on eBay 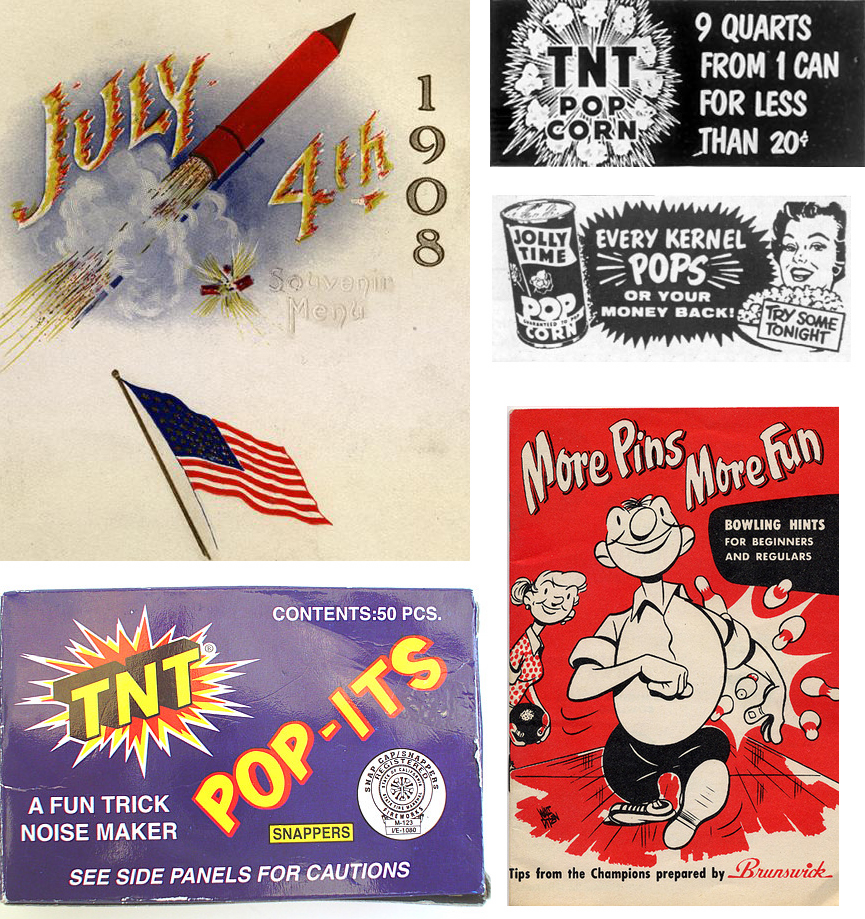 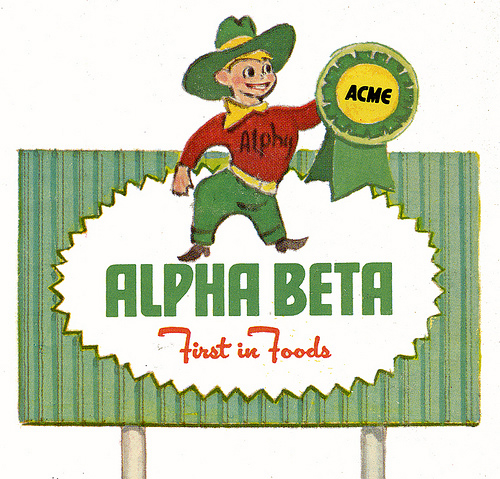 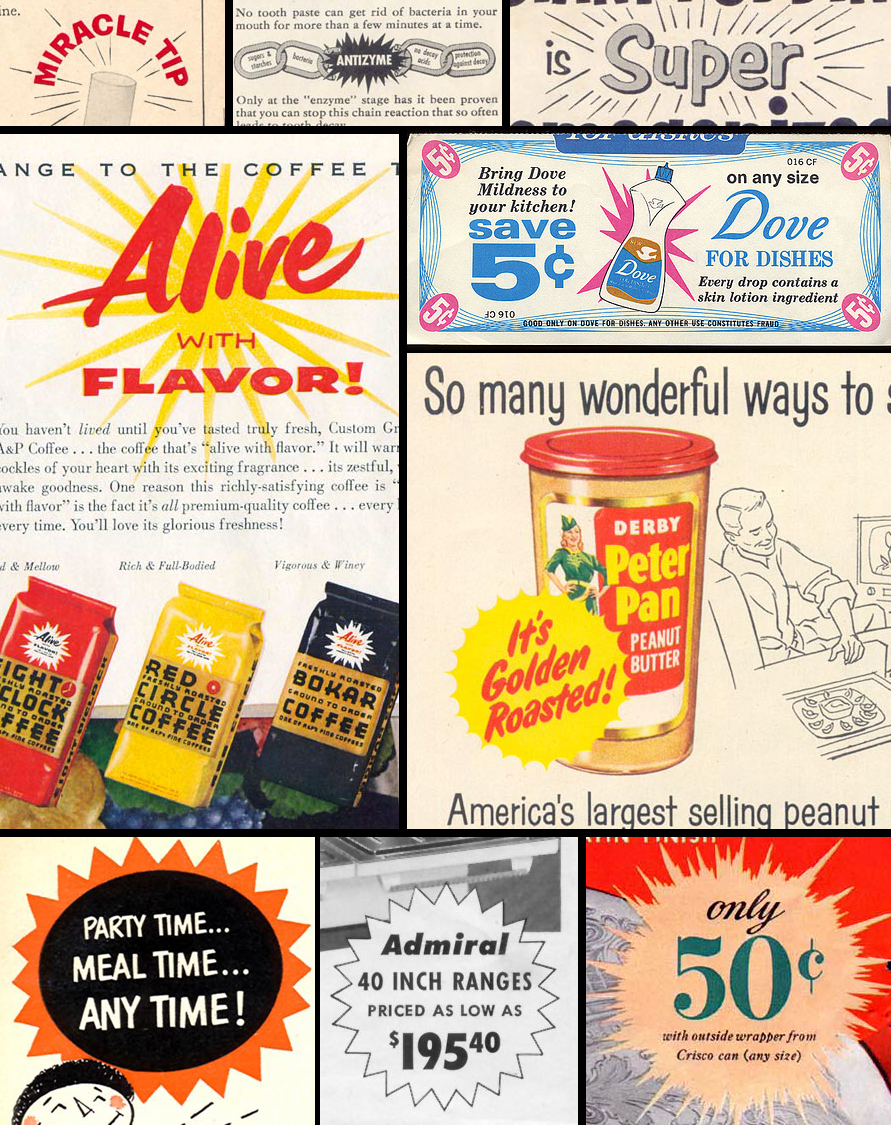 Miscellaneous advertising bursts: I’ve lost track, but I think a lot of these were from The Gallery of Graphic Design 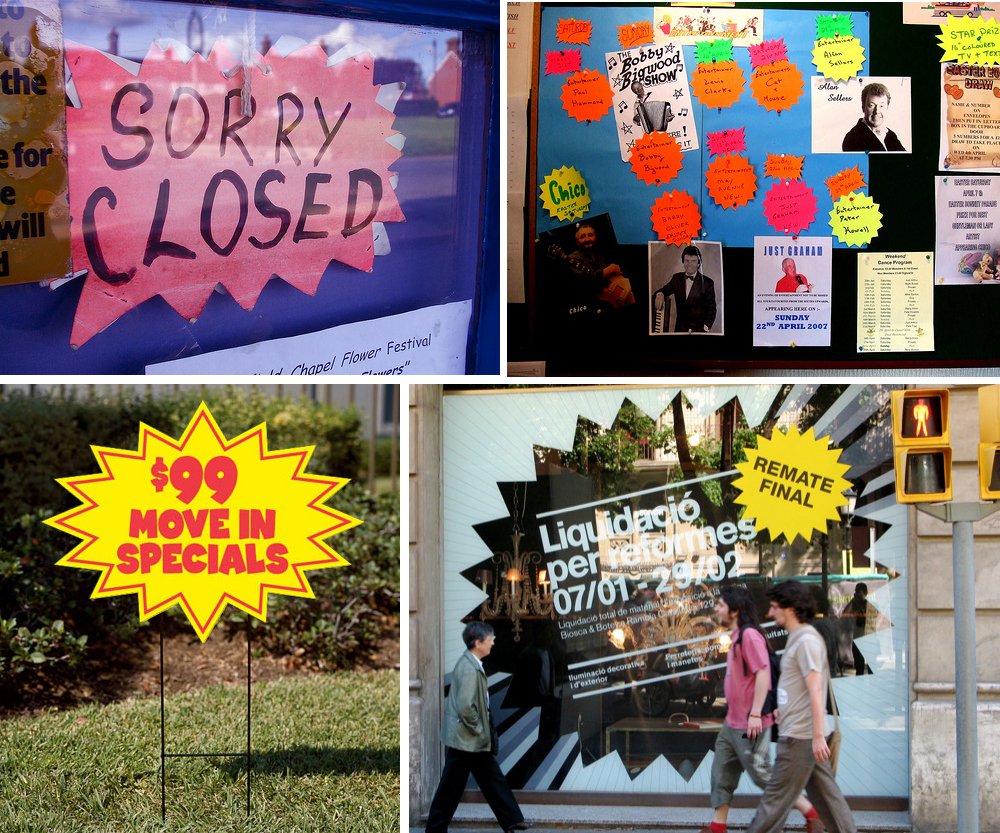 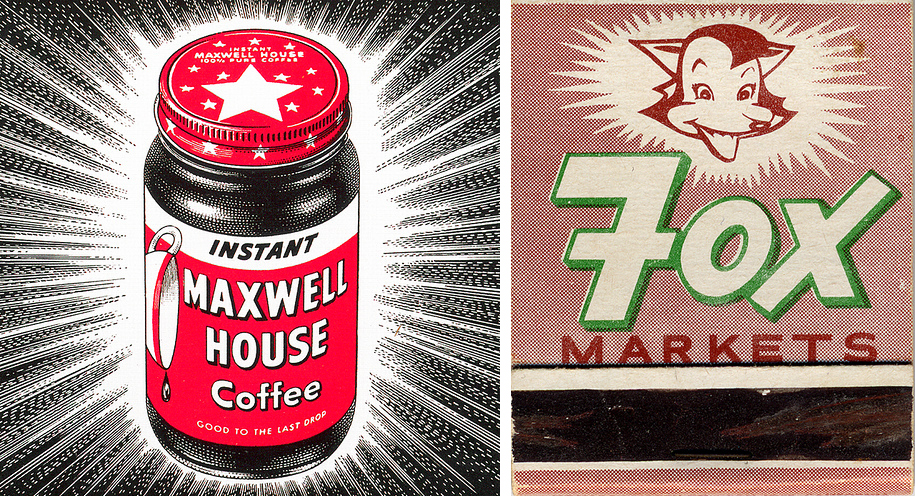