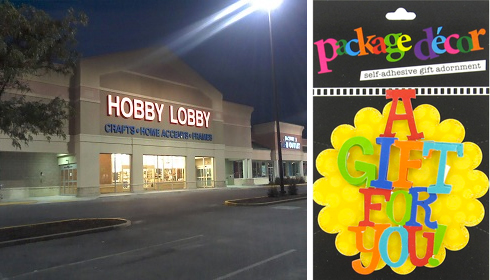 I hadn’t heard of “Hobby Lobby” before, but they’re recently in the news and since the previous post was about a product with the rhyming name, “Hippy Sippy” (and since this blog also has a rhyming name) I figured it must be a sign.

Headquartered in Oklahoma City, Hobby Lobby Stores, Inc., is a chain of craft stores founded by David Green in 1972. Similar to Michaels and JoAnn Fabric & Craft Stores, except that Hobby Lobby has made Christianity a big part of its branding message…

The foundation of our business has been, and will continue to be strong values, and honoring the Lord in a manner consistent with Biblical principles. Hobby Lobby store hours are Monday through Saturday from 9 a.m. to 8 p.m., and all Hobby Lobby stores are closed on Sunday.

Apart from allowing employees a day of rest to go to church, the virtue of being closed on Sunday is the suggestion that Hobby Lobby is willing to forgo millions of dollars in potential Sunday sales because they’re just not as money-grubbing as their ungodly competitors. As long as the public can be persuaded to anthropomorphize business entities — (“Corporations are people, my friend.”) — then it’s just good branding to try and make your corporation seem less like what it actually is (a business) and more like your avuncular neighbor (with 514 stores and over 28 million square feet of retail space.) 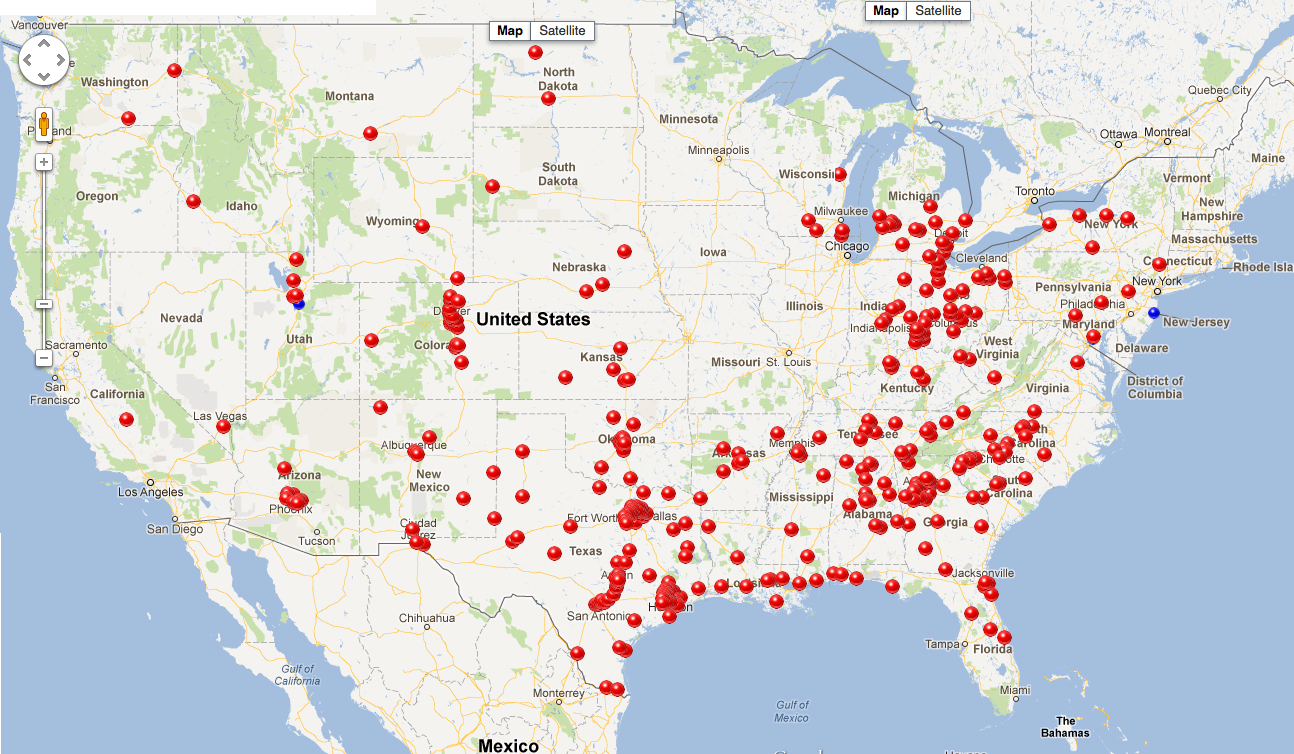 INTRODUCTION Plaintiffs, a devout Christian family, have built one of largest and most successful retail chains in America. Their faith is woven into their business. It is reflected in what they sell, in how they advertise, in how they treat employees, in how much they give to charity, and in the one day of the week when their stores are closed. In a profound way, their business is a ministry. The Defendant government officials have issued a rule (the “mandate”) that requires millions of American business owners, including Plaintiffs, to cover abortion-inducing drugs and devices in employee health insurance. Plaintiffs’ religious convictions forbid them from complying.

Represented by the “Becket Fund for Religious Liberty” Hobby Lobby’s lawsuit is similar to another recent challenge from Wheaton College (also represented by the Becket Fund). In that earlier lawsuit, it turned out that the college’s health insurance plan was already covering the contraception required by the Health Care mandate.

Hobby Lobby has a similar due diligence problem. It was only the prospect of “Obamacare” going fully into effect that made them notice this detail of their existing employee healthcare coverage…

“Recently, after learning about the nationally prominent HHS mandate controversy, Hobby Lobby re-examined its insurance policies to ensure they continued to be consistent with its faith. During that re-examination, Hobby Lobby discovered that the formulary for its prescription drug policy included two drugs—Plan and Ella—that could cause an abortion. Coverage of these drugs was not included knowingly or deliberately by the Green family. Such coverage is out of step with the rest of Hobby Lobby’s policies, which explicitly exclude abortion-causing contraceptive devices and pregnancy-termination drugs. Hobby Lobby therefore immediately excluded the inconsistent drugs from its policies.”

“…it seems that Hobby Lobby saw fit to ramp up its religious fervor only when it became politically expedient to do so. As such, Hobby Lobby’s complaints about religious freedom ring as hollow as they do false.”

2. They have a job opening in Oklahoma City for a Graphic Artist.

3. There is another trademarked  “Hobby Lobby” that regularly causes consumer confusion… 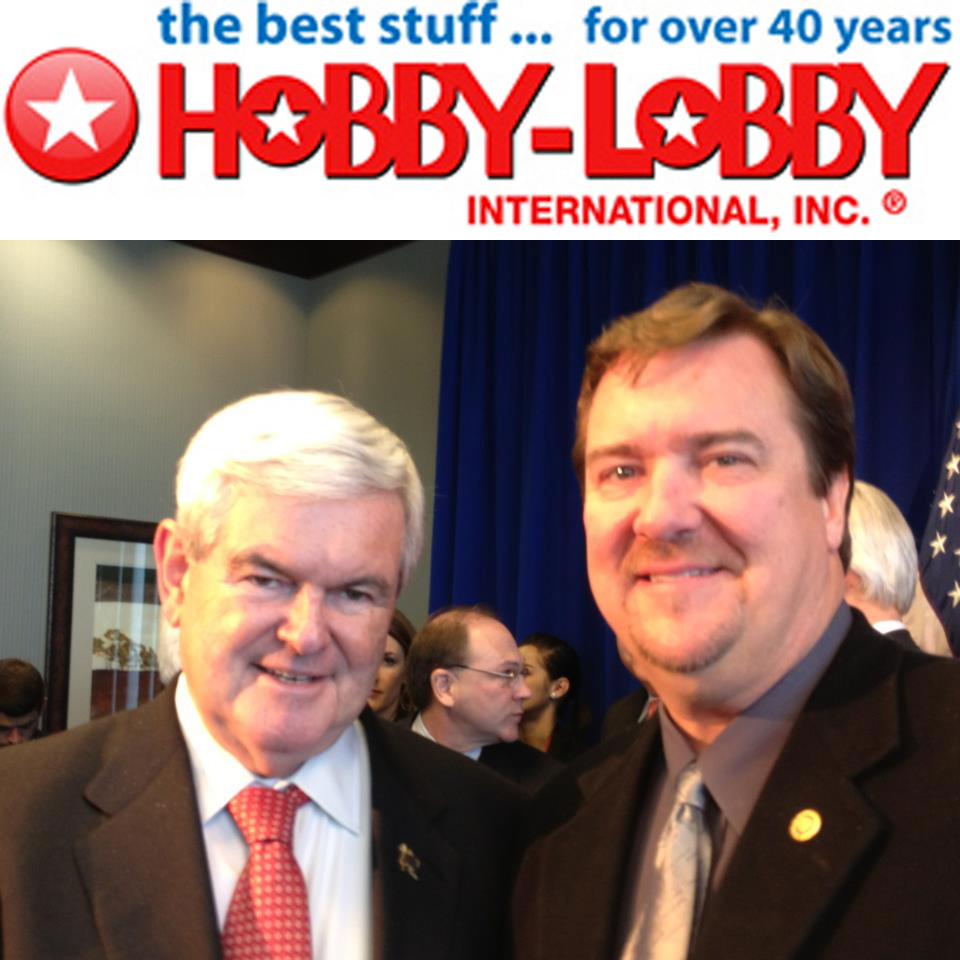 Hobby Lobby International, Inc., a Tennessee based retailer of radio-controlled model airplane (and helicopters & boats) was founded in 1964, long before Hobby Lobby Stores. On their website they include a link back to the craft store for those that arrive there by mistake.

Some of the recent coverage about the Hobby Lobby Stores lawsuit has incorrectly featured the Hobby Lobby International logo, proving that there is, indeed, some trademark confusion here.

Adding to this confusion, perhaps is the fact that the model airplane company’s CEO, Mark Cleveland (above right), might also be an anti-Obama conservative.