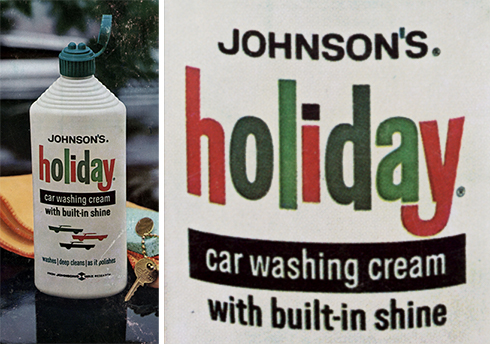 From the start, S. C. Johnson’s Holiday wash-and-shine auto cream was destined for packaging in a captive-cap high-density polyethylene squeeze bottle — which neither spills nor scratches the car. The wisdom of this choice is borne out by…

Johnson complained in Federal court in Cleveland that a Vacation car-wash-cream bottle used by the Bell Co. of Cleveland and Westley Industries, its automotive-products division, constituted unfair competition and trademark and copyright infringement. A consent order entered July 26 enjoins Bell and Westley Industries from advertising and selling Vacation cream in a package similar in appearance, color and design to Johnson’s bottle and prevents them from using any “confusingly similar” trademark in the packaging of polishes or cleaners.

As successful a product as “holiday” was, its containers are now relatively rare.

Since “Vacation” was discontinued in the early sixties, its bottles must be exceedingly rare. I would have loved to have shown them side by side, but I’ve had to discontinue my searching and give up.

Judging from other trademarked logos from the same company, I think it’s safe to assume that “Vacation” brand car wash cream also used a multicolored logotype on their bottle. 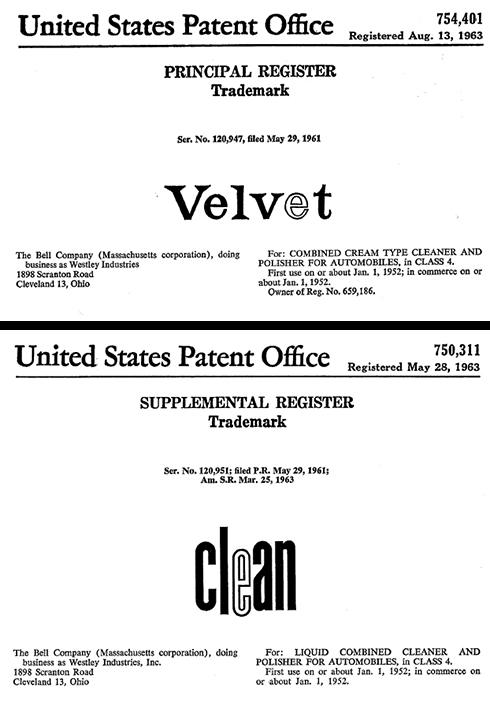 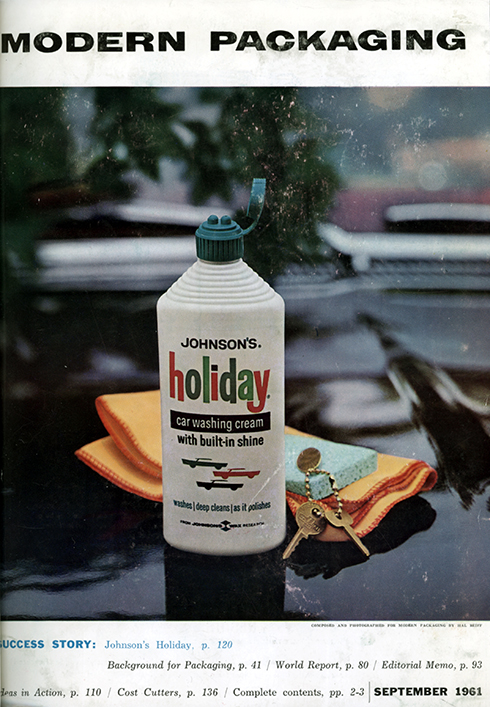