This is related to the earlier post about “thought bubbles” on pet food packaging. Here, however, it’s not animals whose thoughts are being represented, but human consumers. (Or possibly the product itself, but definitely not animals.)

Given the package design imperative for brevity of communication, it makes sense that designers would resort to this type of pictorial, comic strip technique…

Speech balloons (also speech bubbles, dialogue balloons or word balloons) a graphic convention used most commonly in comic books, comic strips and cartoons to allow words (and much less often, pictures) to be understood as representing the speech or thoughts of a given character in the comic. There is often a formal distinction between the balloon that indicates thoughts and the one that indicates words spoken aloud: the bubble that conveys subjective thoughts is often referred to as a thought balloon.

(More about our three examples, after the fold…) 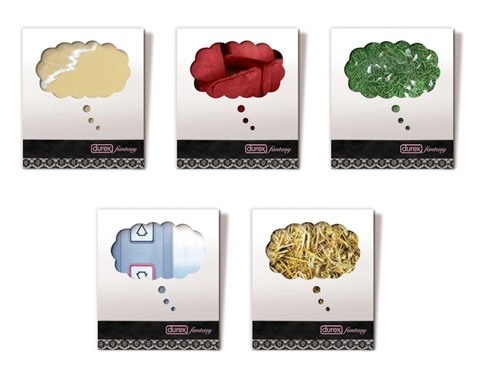 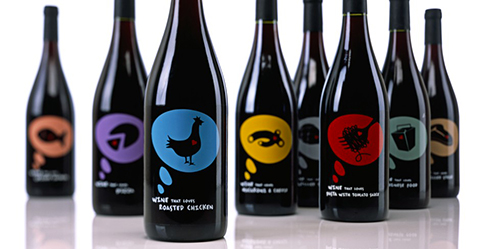 2. Lippincott’s 2007 design for “Wine That Loves” uses “thought-bubbles” to indicate which type of food each wine would be suitable to accompany. Here the thought-bubble device constitutes a sort of serving suggestion. It’s slightly anthropomorphic, in that each “Wine That Loves” variety is using its thought-bubble to show us what it loves. But, like most package design, the intention is mainly to put these ideas into the consumers head. 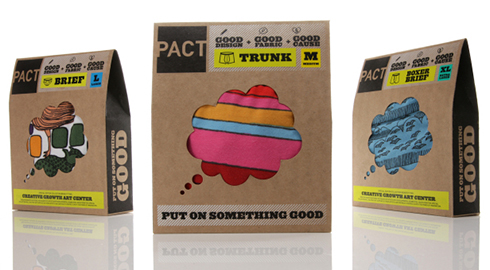 3. FuseProject’s 2010 packaging design for Pact Underwear “includes thought-bubble windows that show off prints and fabrics as well as graphic illustrations of the brand’s tenets.” The brand’s tenets are described this way:

PACT, a new underwear brand, is a fuseproject-venture that blends design and sustainability with active support for powerful social and environmental causes. PACT believes that the everyday choices we make communicate personal values. Buying PACT underwear is more than a transaction; it is commerce as a social movement embodying the motto: Change Starts With Your Underwear.