Two faceted containers that twist open to reveal jewelry. Both with brand names in ALL CAPS. Both shown in the hands of contemplative young women. 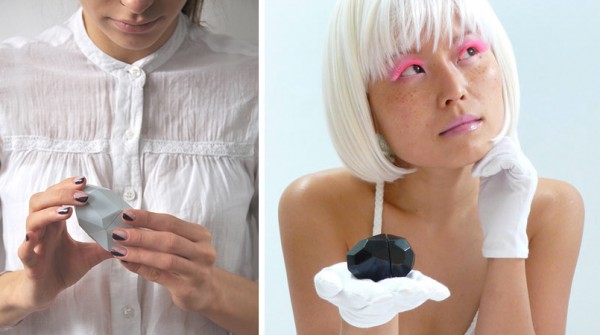 More about each project, after the fold… 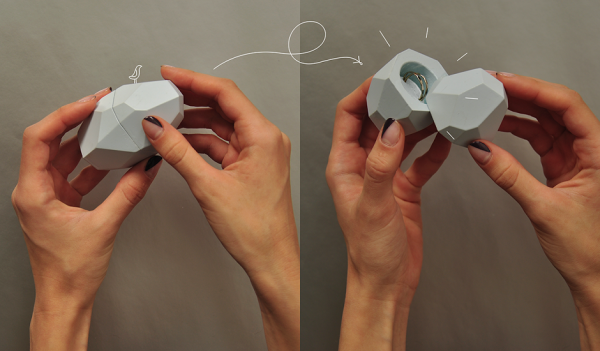 1. The proposed “INGRID” brand appears to be a play on the words “in grid.” INGRID is clearly a concept project and not a real brand.

While there’s not much information on her Behance site about the faceted container, another blog has cited “interstellar rocks and debris” as the source of its inspiration…

From its color scheme of white and lavender to its rock-emulating shape, INGRID treats your eyes and your jewelry collection to a surprise. Garnering its inspiration from interstellar rocks and debris, INGRID jewelry packaging design comes in a small, angular container which can be unscrewed to reveal the piece awaiting your collection.

Not sure whether that citation is based on inference or inside information.

I will infer here that the hands with the diagonal nail polish motif belong to the designer, herself: Yuliia Galchenko (aka: Julia Ash)

Also: I like the looping arrow she uses to symbolize the way the package would twist open. 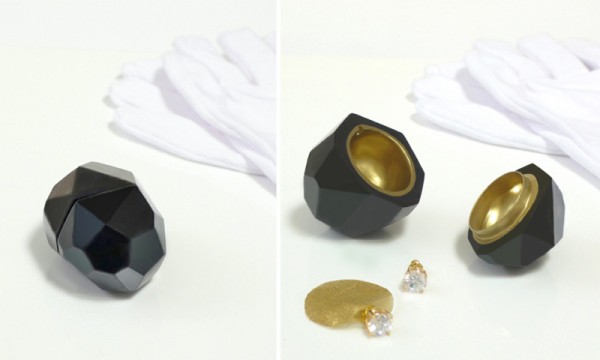 2. Victor Vetterlein’s “G POD” also appears to have also been a concept project.

G POD is a jewelry travel case composed of a crystal outer shell with a gold plated inner cup. The concept for the project is: mind, body, and soul.

This project was short listed from 4074 entries in the 2008 Swarovski Crystal Vision Design Competition.

In his case, the young woman appears to be more of a muse-like figure, as she appears in various places on his website.

Over the years, we’ve noted so many examples of coincidentally similar brands and concepts, I’ve decided that we need a new category by which to sort them all out. This category will be named: great minds thing alike.