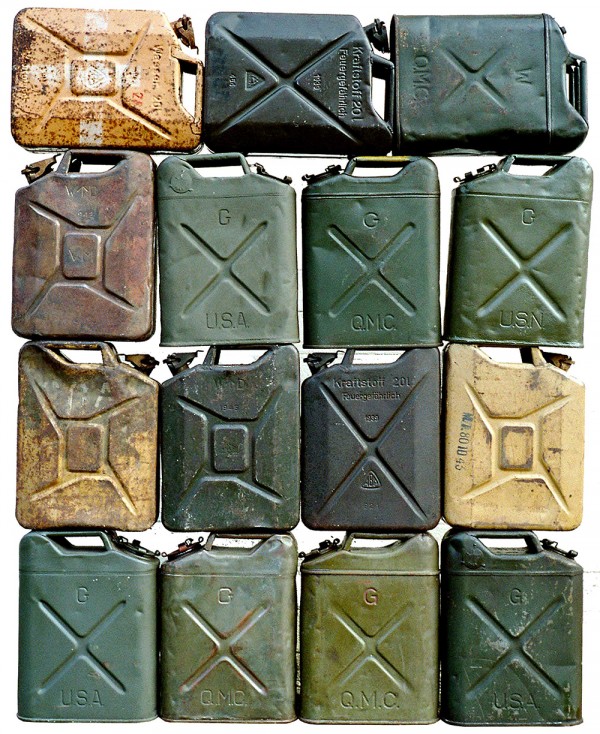 Not a lot is known about Vinzenz Grünvogel, the German inventor of the Wehrmacht kanister. (aka: the “Jerrycan”)

Philippe Leger, however, wrote two books about the containers.

The first book was his 2008 Jerrycan, 70-Year Old and Still in Service.  The 2nd is a more recent book coauthored with Stéphane Arquille entitled, Wehrmacht Kanister 20 Liter, The Jerrycan: A German Invention.

A lot has been written about the British efforts to reverse-engineer the can for themselves and America’s missed opportunity for developing their own version much earlier.

Prior to its development, the fuel cans used in Germany were triangular. In 1936, the German army issued an “invitation to tender” (their competitive bidding process) on developing a sturdier, more ergonomic fuel canister. Müller & Co won the project and Vinzenz Grünvogel, as their Oberingenieur or “chief engineer,” is widely credited with the Wehrmacht kanister’s design.

Less widely known, however, is the fact that two years later, in 1938, Grünvogel traveled to New York with Albano Müller (the head of Müller & Co.)

I’m guessing (since Grünvogel was traveling with his employer) that this was a business trip. But what business? It seems unlikely that they would be promoting the Nazi’s new Wehrmacht kanister abroad—one year before the start of WWII.

The passenger list of that voyage includes a number of figures who, like Vinzenz Grünvogel, would turn out to be historic in one way or another. (See also: Ship of Fools)

(More about Grünvogel and the other passengers, after the fold…)

Walter Cunz, Managing Director of Stempel Type Foundry (Cunz is credited in some accounts as having named the font, Helvetica)

Vinzenz Grünvogel, Chief Engineer of Müller & Co. and designer of the Wehrmacht kanister. Through online searches we learn that Grünvogel was born in 1905 and died in 1977. We know less about the years in between.

It’s unclear, for example, how he felt about the Nationalsozialistische Deutsche Arbeiterpartei and their ideas of racial purity. Was there an Übermenschen (master race) of German designers? Was Grünvogel a member?  And, if so, what impact did Germany’s defeat in WWII have on his career?

He did, after all, remain employed at Müller until his retirement in 1959.

January 1959 was chief engineer Vinzenz Grünvogel on a 25-year tenure at the Schwelmer Ferrous Müller & Co. GmbH. …  Through his work in the Schwelmer plant, senior engineer Grünvogel has earned high esteem in the petroleum industry at home and abroad as an expert and created by his probation as a man of straight, balanced and open-minded beings a wide circle of friends.

Conrad Herrmann worked in the German textiles industry and filed a number of patents in the 1930s.

Heinz Teves was one of two sons of Alfred Teves, Wehrwirtschaftsführer for the German Reich.

During World War II, most of the main station in Frankfurt and other businesses was destroyed in Frankfurt and Berlin, Teves had to practically start from scratch again. Together with his sons Heinz and Ernst he rebuilt the company again in the postwar years…

Passenger 28: Eduard Fischel. As an engineer for Siemens-Schuckert, Fischel is named as inventor on a number of patents in aeronautics and shipping. (In two years Seimens would be running a factory within Auschwitz concentration camp.) 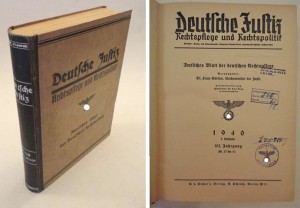 Hans Scheidegger was a Patentanwalt (patent attorney) in Berlin. In two years his name would be appearing in the 1940 volume of Deutsche Justiz (German Justice):

What did they mean by “deleted?” That he could no longer work.

The Reich Government has enacted the following law, which is hereby promulgated:


§ 1. Patent Attorneys, within the meaning of the Law for the Restoration of the Professional Civil Service April 7, 1933 (Reich Law Gazette. IS 175) [who] are not of Aryan descent, may be in the files kept by the Imperial Patent Office list of patent attorneys deleted…

Erich Brendel, a furniture designer who had attended the Bauhaus (a school which the Gestapo had shut down five years earlier) 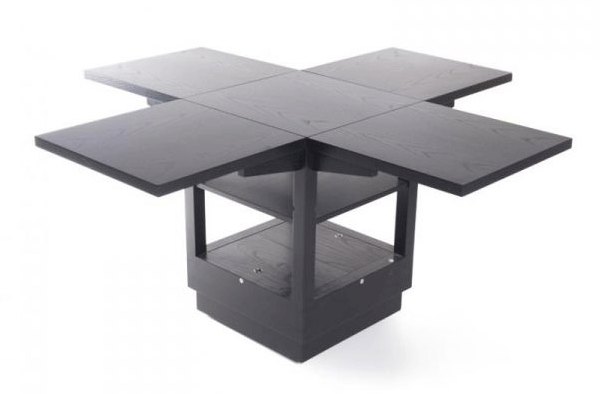 Eduard Grosse, was a German publisher. His son, Eduard Grosse, Jr. would still have been a young child in 1938, but six years later his son would be “under sentence of death in a concentration camp in Schwetig for being a leader of an anti-Nazi youth movement.”

The Berlin publisher Eduard Grosse senior was … a member of the German Democratic Party [DDP] and in 1933 was briefly detained.  His Jewish attorney Eli Wachtel managed in 1944 to escape his captors [during allied air raids] in Berlin. Grosse hid him in his house until the war ended. The rejection of National Socialism [and] readiness for resistance was very common in Berlin. So it was no coincidence that young people [felt the same] as their parents, to the regime. Eduard Grosse junior … [produced] leaflets with slogans such as “Down with Hitler”, “Stop the War”, “When does the killing come to an end?”.   These leaflets were distributed in the city, at railway stations and in train compartments…

The Gestapo tried to [track down] the secret leaflet distributors… In autumn 1944 Eduard Grosse was arrested.  …came to the concentration camp at Schwetig. … but escaped and went into hiding in Berlin.

Passenger 14: Lina Reinhart must be somehow related to Georg Reinhart. According to the passenger manifest she’s 5 years younger than Georg… his wife or a sister?