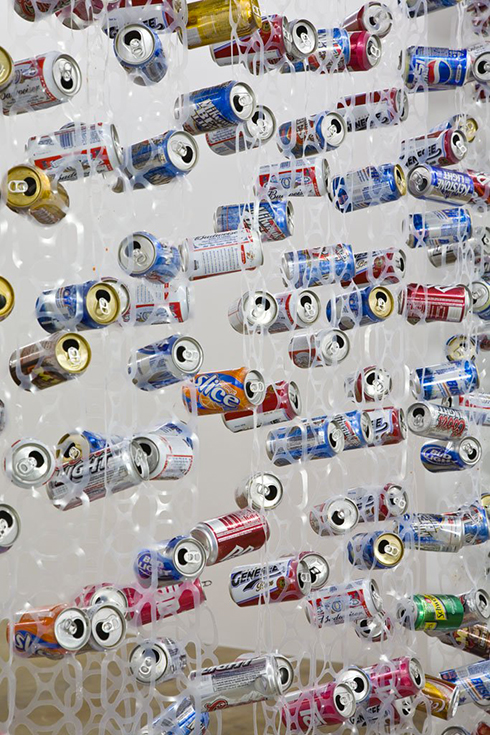 I’ve had a picture of this curtain of empty soda and beer cans on my computer for about a year: “Final Curtain” a 2005 artwork by an artist identified as “John Dogg.”

Dogg, it turns out, is actually Richard Prince. (at least partly)

Which, come to think of it, makes sense since Prince made a similarly constructed basketball hoop that we saw in 2008. I like the way he used a package-appropriate connecting fiber for these artworks—everything fitting together as structural packaging designers intended.

The fact that six-pack rings are sold to beverage manufacturers on long rolls enabled him to seamlessly string together these much longer configurations of cans. (Although the NY Times refers to them as “custom-made 12- to 14-foot-long strands of plastic ring holders,” so who knows?) 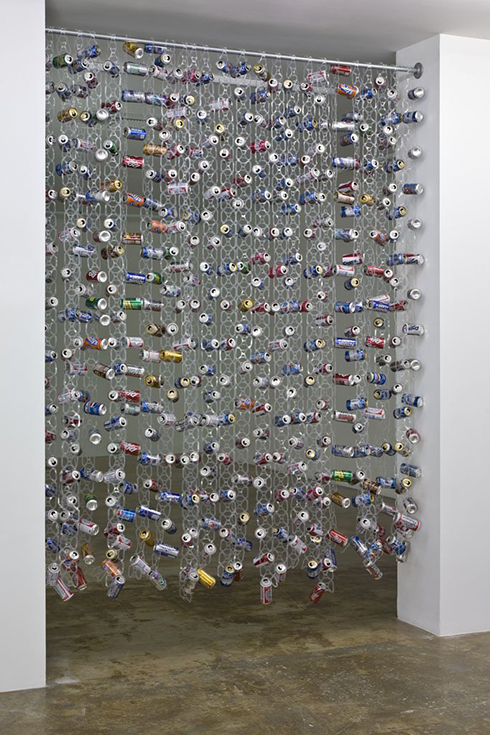 This one’s from the Rubell Family Collection, but it seems like there may be more than one version.

(Another example, after the fold…) 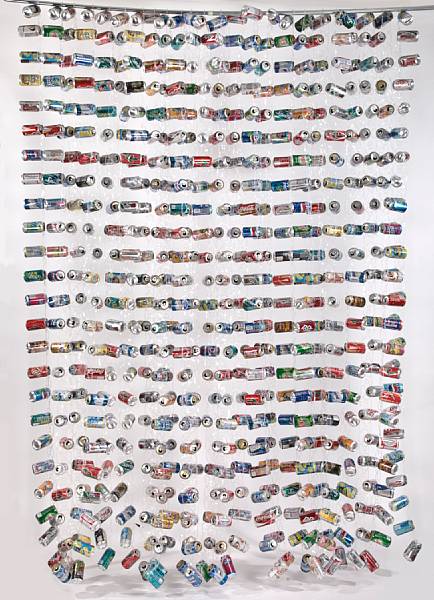 In 2007 in his Guggenheim retrospective catalogue, Richard Prince finally ‘fessed up to being the artist behind the fictitious artist John Dogg. Dogg had begun showing in the 1980s at American Fine Arts, the gallery run by his co-creator, Colin de Land, who passed away in 2003.

I guess Dogg poured a few out for de Land since then, because in 2005, he showed The Final Curtain, a hippie-meets-trailer trash doorway bead curtain made from empties and plastic six-pack rings.

… the Rubells bought it, and then holy smokes, they just sold it at Bonham’s?…

And what an odd, contradictory, incomplete listing. No mention of a certificate? The variable dimensions? Maybe it was an edition, and the Rubells didn’t even sell theirs? Their installation shot does seem to have fewer cans. Are the cans archival? Did John Dogg really drink that much Vanilla Coke? So many questions. 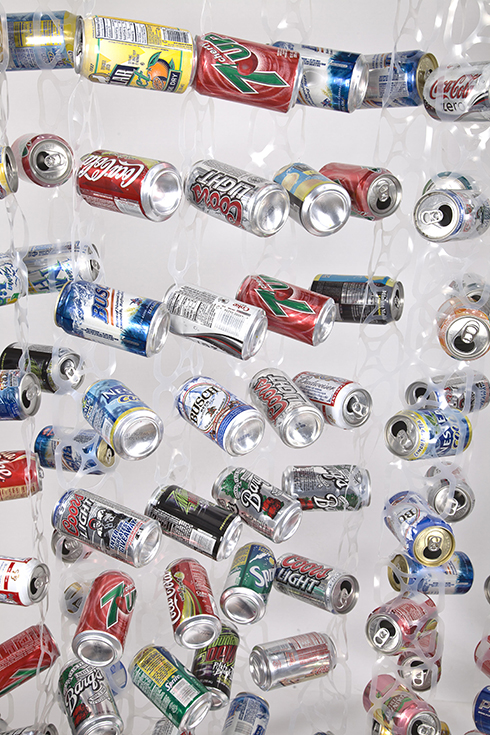