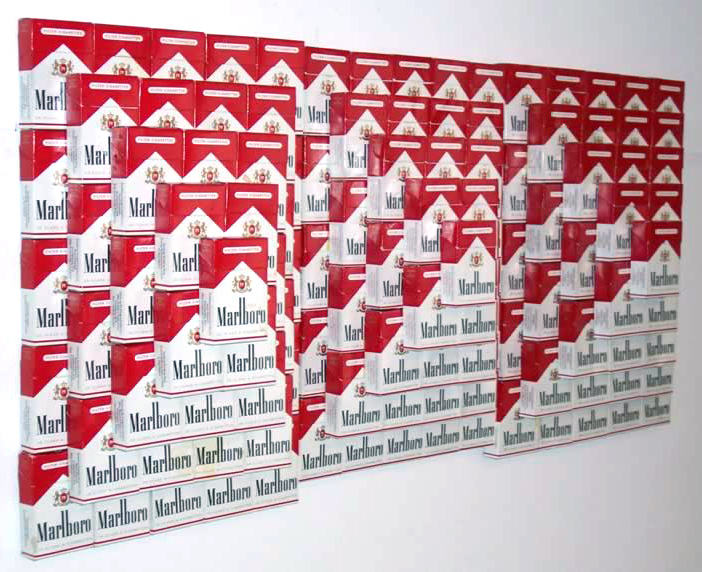 Queens-based artist, John Norwood’s pyramidal sculptures from collected Marlboro boxes. Another example of an artist making use of materials at hand—which often turn out to be used packaging. (See: 1, 2, 3, 4, 5, 6, 7) In this case, of course, the medium is also evidence of the artist’s smoking habits and brand preference.

Similar to Marlboro’s own puzzle 4-pack package and other packaging mosaics—(see: Peter Blake)—Norwood’s geometric stacking arrangements seem related to Marlboro’s iconic design. The sculptures follow the same diagonals as the arrow-like “red roof” graphics on the cigarette packs, themselves. Norwood’s fractal-like arrangement uses the packs to create larger, somewhat diffused versions of themselves in a manner similar to Tom Friedman’s reassembled boxes. 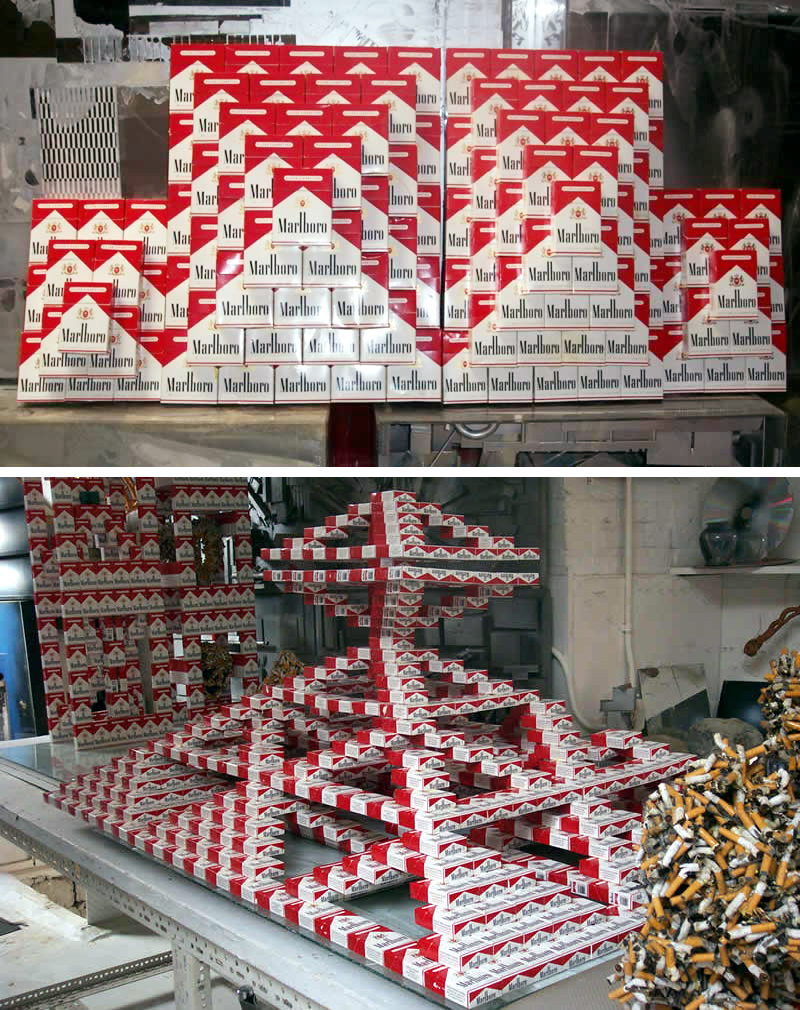 At 72, College Point artist John Norwood is predictably bleak when he reflects on losing his home and half of his life’s work in a fire last week.

“I’ve been pretty black about it,” Norwood said, smoke curling out of his mouth from a Marlboro cigarette. “Have you ever lost anything in a fire like that? I’ve been doing this for 50 years now and everything there is lost. It’s all gone.”

One small consolation: not everything was destroyed. Some of his work had been stored in a 2nd studio space. (See Norwood’s Flickr site: here.)