Descriptions of San Francisco-based artist, Karen Shapiro’s work often speak in terms of “every day objects.” As in 2006 when Neatorama said: “Karen makes super-sized every day objects in raku ceramics.” I’m not exactly sure why people want to use as vague and non-specific a phrase as “every day objects.” The great preponderance of these object are packages.

Whether packages are, in fact, the type of objects you’re mostly surrounded with on any given day, kind of of depends on who you are, what your life is like and what type of day you generally have.

If you’re a package designer or stockboy, then, yes, these are every day objects.

If not, then maybe Shapiro’s choice of subject matter is not so happenstance. The heading on her website is “American Pop Icons” and the connection to Pop Art is pretty explicit. One of her sculptures is of a Campbell’s Soup can; she’s done a Brillo box, etc. In Warhol’s day, however, these packages were contemporary and charmless. Most of the sculptures on her site—based, as they are, on vintage packaging—have a nostalgic charm that Pop Art did not originally enjoy. Not that she’s necessarily sticking to only vintage packaging. I’ve also seen a few examples of her using more contemporary—(i.e.: charmless)—subjects. Like her Trader Joe’s salsa jar. (To my knowledge, no one is citing that jar’s label as an American pop packaging icon.)

We’ve talked in the past about Pop Art’s role in making packaging more acceptable in the home, and perhaps because of this, Shapiro’s sculptures have found easier acceptance as home decor.

kitchen counter or vanity, places where the actual items would go.”

The crackle glaze does give Shapiro’s sculptures a very different vibe from that of 1960’s Pop Art. It tends to legitimize their claim as valuable objects deserving permanent counter space—as opposed to disposable packages. In some cases, however, the crackle effect may be a little alarming. If the jar is cracked like the windshield of a crashed car, how wholesome can the mayonnaise be? 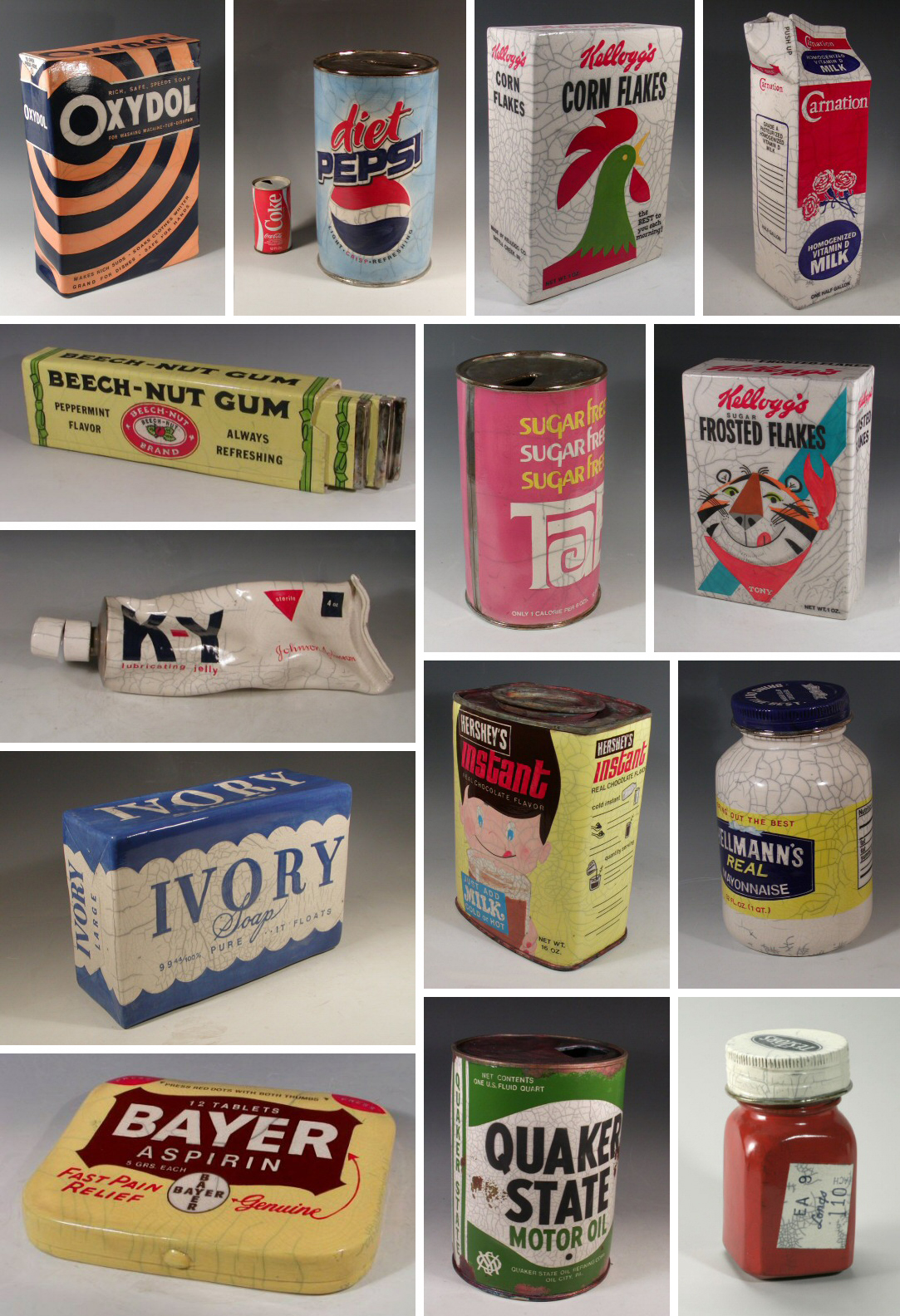 (More of Shapiro’s work, after the fold…) 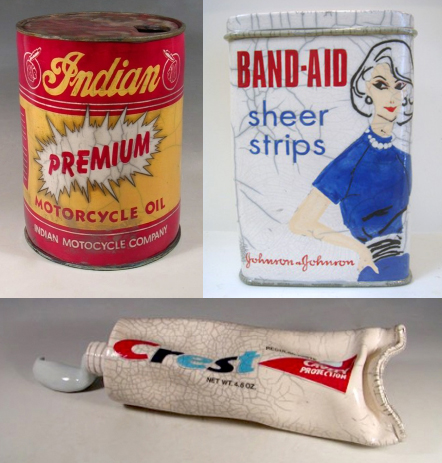