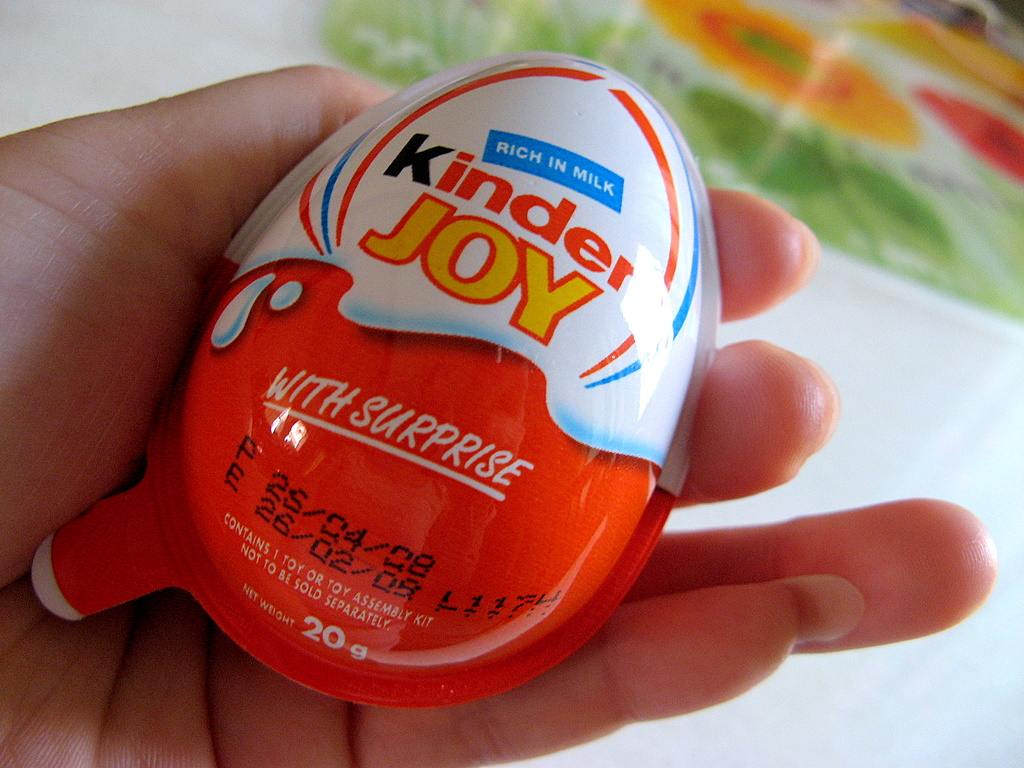 1. First off, it’s another egg-pack, fitting nicely into our entirely egg-shaped week—(that, technically, should have begun with the Silly Putty/L’eggs post from last week)—and although Kinder Joy may be sold at Easter, the company, by no means, confines their marketing efforts to that time of year.

2. It’s another thermoformed, single-serve, peel-off pack in a metaphorical shape. Similar to the bottle & jar-shaped packets and the half-orange-shaped packs from earlier this month. In fact, Kinder Joy’s dual structure—one half for the edible treat; one half for the prize—is exactly like that of Alberto Ghirardello’s Salvo concept (where two halves of an orange break apart to form two separate containers).

3. Kinder Joy (like Kinder Surprise) is a “surprise package” and includes the classic, question-mark styling, typical of that tradition. 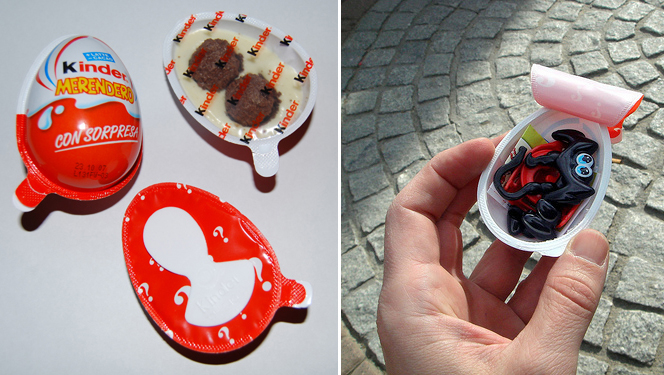 Photo on right (revealing prize) is from P.J.S.'s Flickr Photostream

(Case-packs & TV commercials , after the fold…) 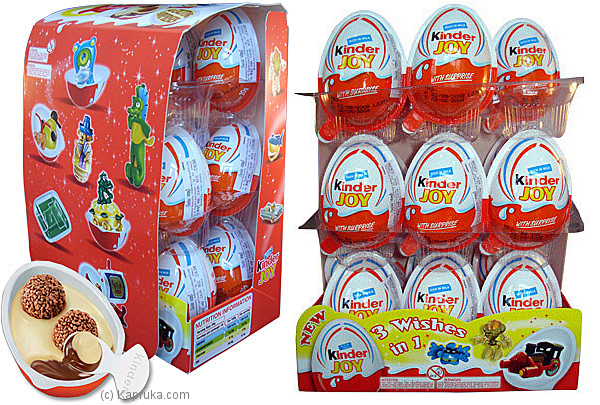 Two Kinder Joy TV Commercials, below. There are no American commercials because the FDA deems the small plastic toys a choking hazard. This is also why Cracker Jack prizes are now made of paper. In 2008, similar safety measures were briefly considered in Germany. (For more about Kinder prizes and their history see: Thore’s Kinder Surprise Collection.)