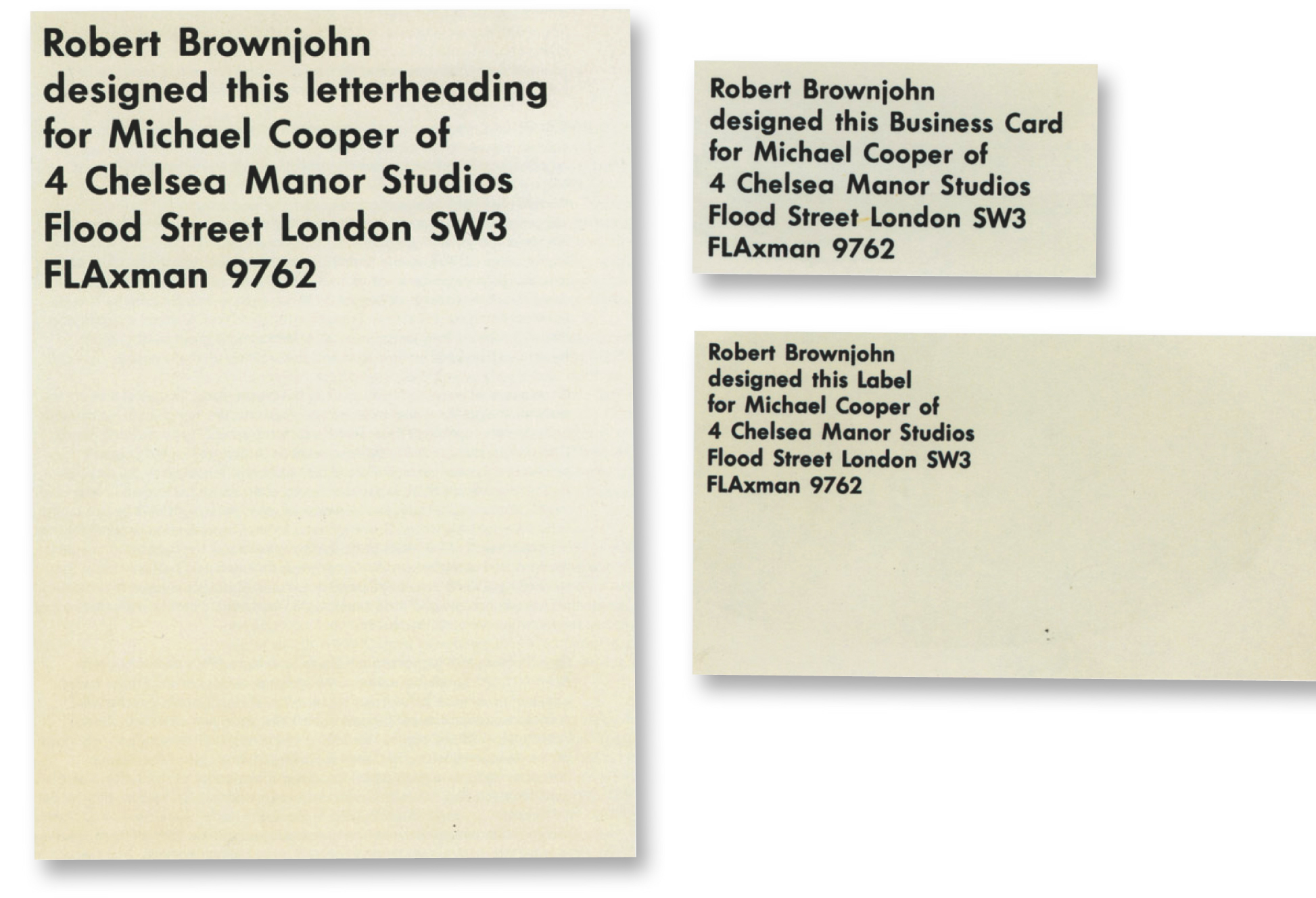 Above is the business stationery that Robert Brownjohn designed in 1967 for photographer, Michael Cooper. Another example of conceptual art’s influence on graphic design. 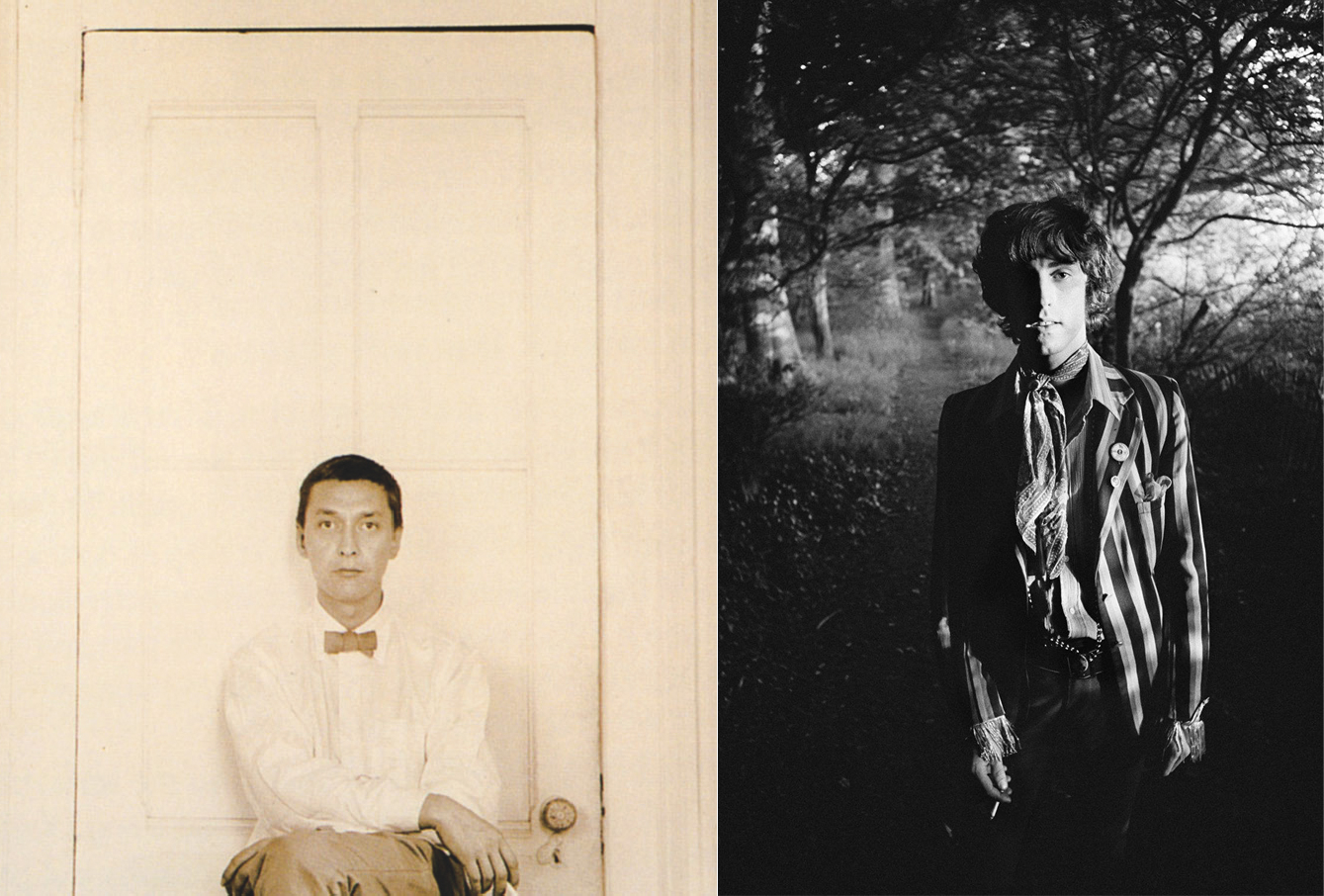 What are we to make of this?

This simplicity of form is matched with clarity of expression. There can be few more straightforward statements than ”Robert Brownjohn designed this letterhead for Michael Cooper.” But, of course, the design’s appearance and tone of restraint prove misleading. They transpire to be a means of casting Brownjohn’s outrageous subversion of the function of the letterhead into even greater relief. It takes quite a nerve to convert a piece of typography intended as an advertisement for someone else into a promotion for yourself. Every communication Michael Cooper made on this paper could not help but be at least as much about Brownjohn as it was about its subject.

Bob Gill has suggested that the letterhead was designed in reaction to being cajoled into doing the job as a favour: “This is the greatest free job ever done by a designer. What does he want to say? I did this for nothing, that’s what.” Meanwhile, Gill’s then wife Bobby had a somewhat different interpretation: “Michael Cooper was somebody who used to hang around, but he didn’t have any personality. Bj thought and thought of something to do for his letterhead, but the only thing this guy had done that was in any way interesting was to ask him to design it.” The truth is probably somewhere between the two. The desire to wreak revenge on exploitative “friends” will resonate with most graphic designers, but accounts of Cooper do hint at a paper-thin personality…

…It could be the case that his letterhead for Cooper was intended as a subtle swipe at the whole King’s Road scene. Although Brownjohn obviously enjoyed his notoriety, his increasingly exaggerated manners and extravagant outfits imply that he had a perpetual sense of the absurd.

Dick Fontaine has suggested that Brownjohn had a 1950s sensibility very different from that of the “velvet-suited” brigade of Cooper and Fraser. It was a case of conceptual art and jazz versus hippy philosophy and psychedelia.

If, as Bob Gill and his wife suggest, Brownjohn resented the project or didn’t respect Cooper, then why even do it? Maybe the sheer audacity of the idea was, for Brownstreet, kind of irresistible.

“In his short but intense working life, Brownjohn helped to redefine
graphic design, to move it from a formal to a conceptual art.”

Or maybe this was just a combative, but friendly rivalry among creatives? (You know, like between the Beatles and the Stones?) Despite the Bobby Gill’s harsh appraisal of Cooper’s “paper thin” personality, his life and accomplishments actually match Brownjohn’s in number of surprising ways… (which we’ll take a look at tomorrow.)