Both bottles are for mens fragrances, but while the Lebedev project is tongue-in-cheek —“…something an elegant carpenter could never do without”— the Avon bottle was meant to be truly masculine and was part of a whole line of manly, tool-shaped bottles. 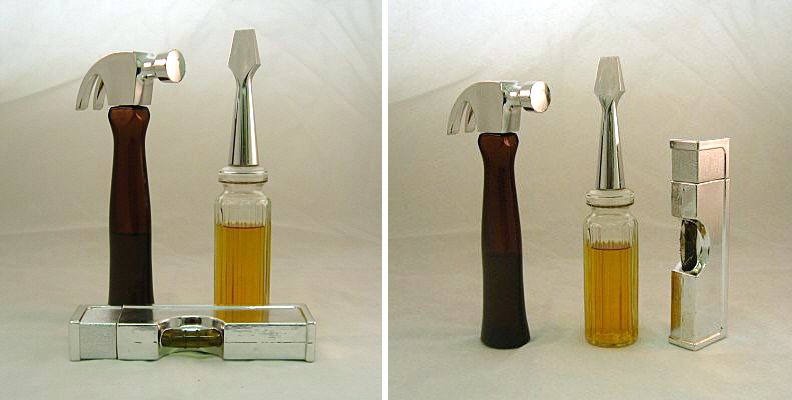 I hadn’t realized that the “level” tool is also called a “spirit level”—but, knowing this now, I am not surprised to learn that there is some spirits packaging, based on the same idea. Below is a still from a Level Vodka web-banner ad by John Antoniello of Razorfish. 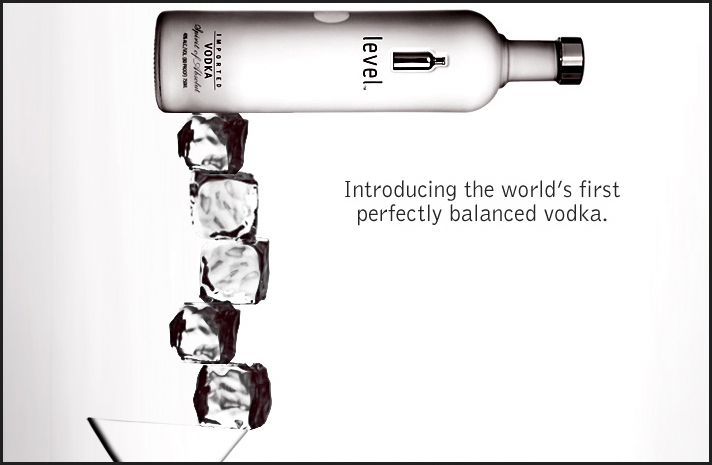 “Debuting in tandem with a print and broadcast campaign of the same nature, these banners illustrated balance by placing the Level bottle startlingly on its side and using the air bubble within as a balance tool.”

And, as is so often the case with ideas like this, it cuts both ways. Whatever the rationale for making a bottle that alludes to a leveling tool—(masculinity, spirit, balance, etc.)—people on occasion, have noticed that a bottle truly can serve the same function. (Hence: the letter to Heloise3, on the right.)

(Another photo of the Avon bottle, a Level Vodka TV spot and some footnoted digressions, after the fold…) 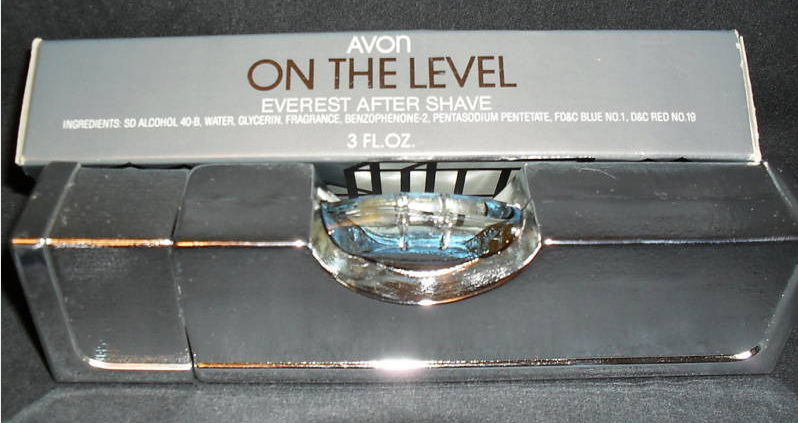 1. This is our second post about Art Lebedev. (See also: Lemon Slices)

2. I have mixed feelings about Avon’s novel-shaped bottles. Lebedev’s design, although meant to be tongue-in-cheek, really IS a better and more elegant execution of this idea. Avon’s bottle—(like most of their bottle designs)—looks ham-handed and clunky. Still, it’s sometimes useful to know that you can find an Avon bottle, shaped like almost any object you could name.

3. Heloise is becoming an increasing important cultural barometer for this blog. She had the last word in another recent post. (See: Soda Can Hair Rollers)