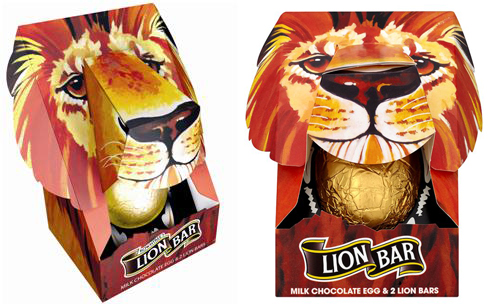 Not sure what the connection is between lions and Easter eggs, but I do like this Nestlé Lion Bar milk chocolate egg & 2 Lion Bars box. 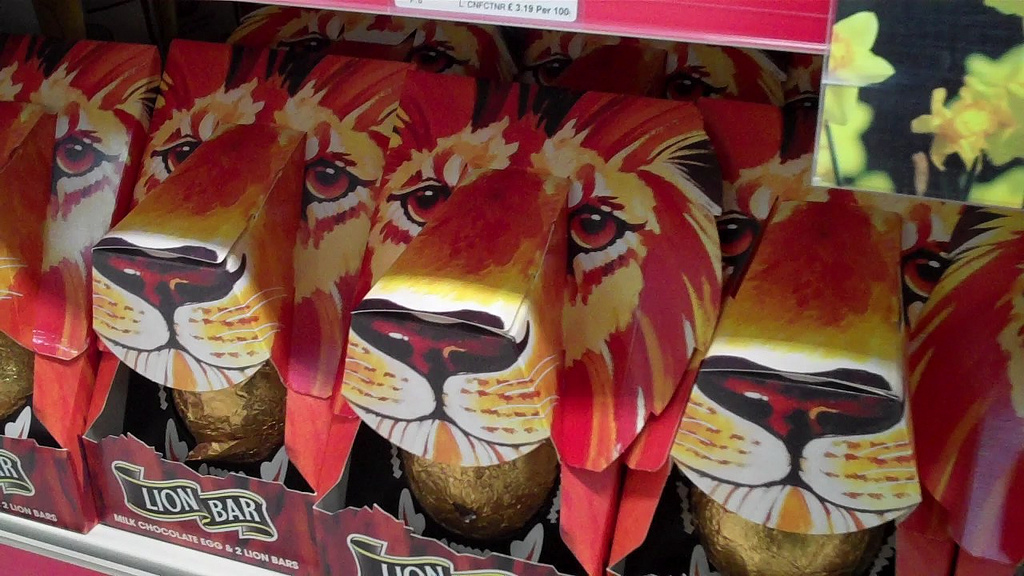 (More about lions, eggs and The Troggs, after the fold…) 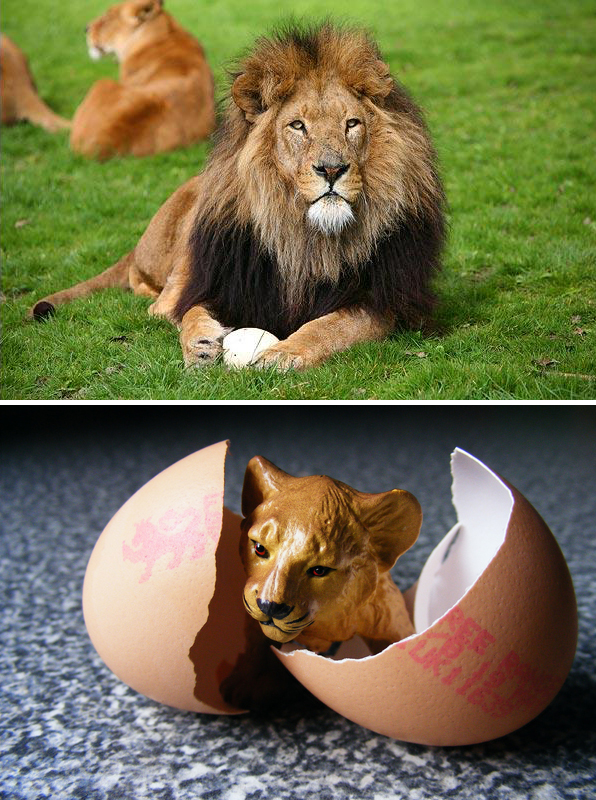 Top photo: a lion with an ostrich egg (via: The Telegraph); lower photo from Fujiellen’s Flickr Photostream

And, as long as we’re looking at Lion Bar (an unfamiliar brand to me here in the U.S.), below is a Lion Bar commercial with a Troggs* soundtrack …

*Looking for meaningless connections between The Troggs and Easter, I noticed the similar spelling of  “Troggs” and “eggs” which led me to this digression about The Troggs and their striped suits:

“…the grooming process took place at Carnaby Street’s Take Six, where proprietor Sid Brent decked them out in the garish striped suits that later became their visual trademark.” 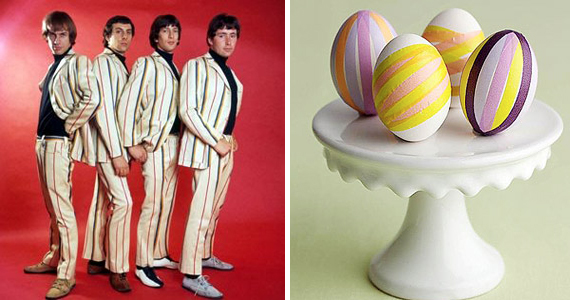