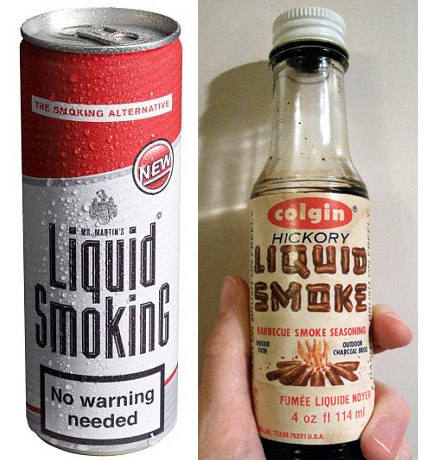 Thinking about the apparently propensity (of certain inventors) for combining smoking and drinking, I wondered, “How far has this trend gone without my having even noticed?” (As it happens: things have gotten pretty far out…)

Unbeknownst to me—(a non-smoker and dilettante drinker)—it is now possible to reverse the usual way of doing things. Thanks to a number of recent technological breakthroughs, today’s modern consumer now drinks cigarettes and inhales alcoholic beverages.

The “Liquid Smoking” brand, above, is actually something of a misnomer. More like an energy drink with borrowed tobacco glamor, it originally came in a can designed to resemble a Marlboro cigarette pack, but contains no tobacco or nicotine. Recently the product appears to have undergone a brand makeover. (inset photo on right) Electronic cigarettes come closer to using a sort of liquid tobacco, but while futuristic and high-tech, they are still inhaled like old-fashioned cigarettes and do not constitute a breakthrough tobacco beverage. 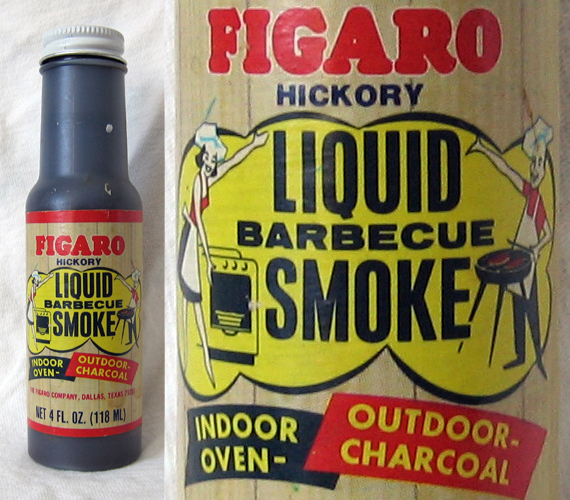 “Liquid smoke”—while having nothing to do with tobacco, really is a liquid made from smoke.

“Liquid smoke consists of smoke produced through the controlled burning of wood chips or sawdust, condensed and then passed through water, which captures and dissolves the smoke-flavored components in solution.”

“A Ham is a Queer Thing for a Druggist to Sell… 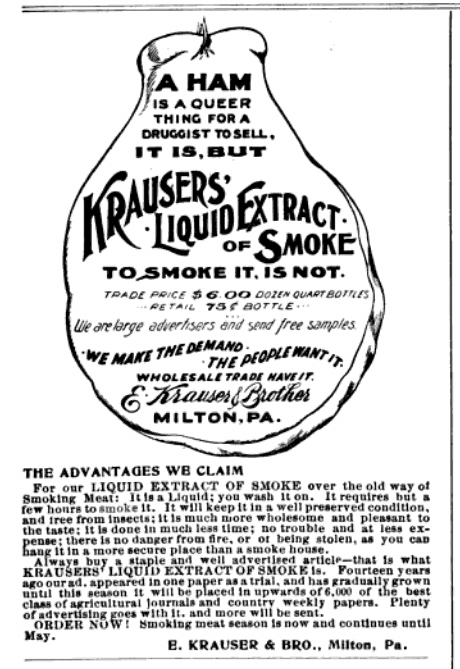 …It is, but Krausers’ Liquid Extract of Smoke to smoke it, is not.”

Originally developed as a meat preservative—and promoted as an easier alternative to using a “smoke house”—liquid smoke is another of those products that date back to the era of patent medicines.

Krauser’s “Liquid Extract of Smoke” was actually manufactured and sold by a pharmacy based in Milton, PA.

The advertisement on right was published in 1899, in the Meyer Brothers Druggist, Volume 20.

(More liquids & smoke, after the fold…) 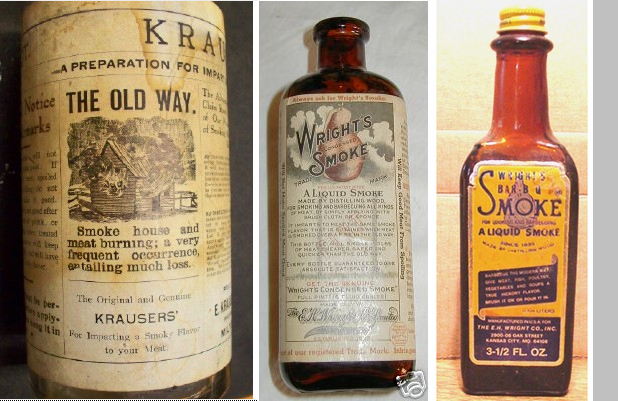 Regarding the inhaled alcohol trend—not package-related, but since it’s like the inverse reciprocal concept of “drinking smoke” I sort of had to mention it…

Alcohol without liquid (or AWOL) comes, not as a packaged product, but as a machine. And, as with any new-fangled method for getting high, AWOL is controversial. (More about that in this article on Slate.com)