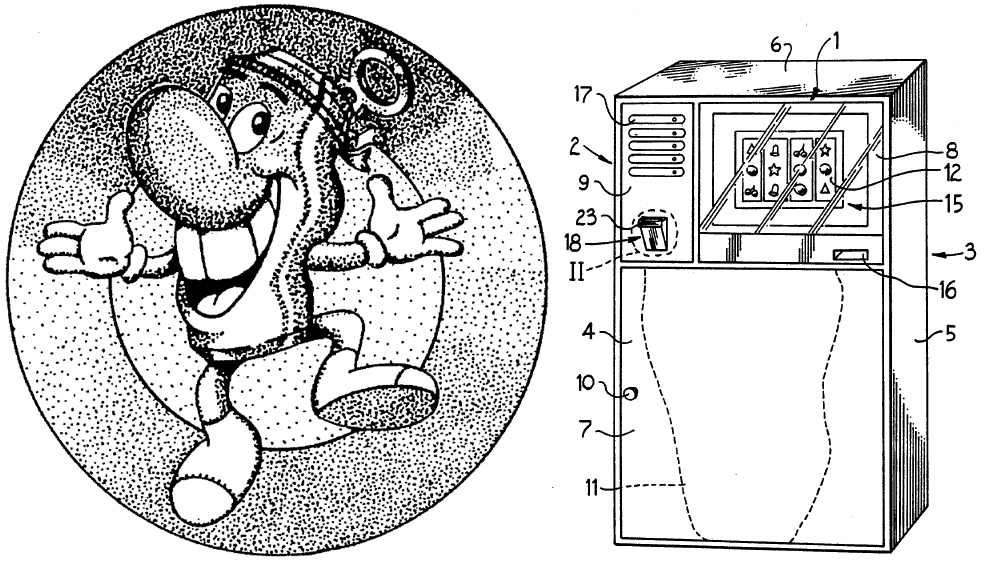 But then on Monday night Hurricane Sandy came along and knocked out our power for a few days, so I am only now getting to follow up… 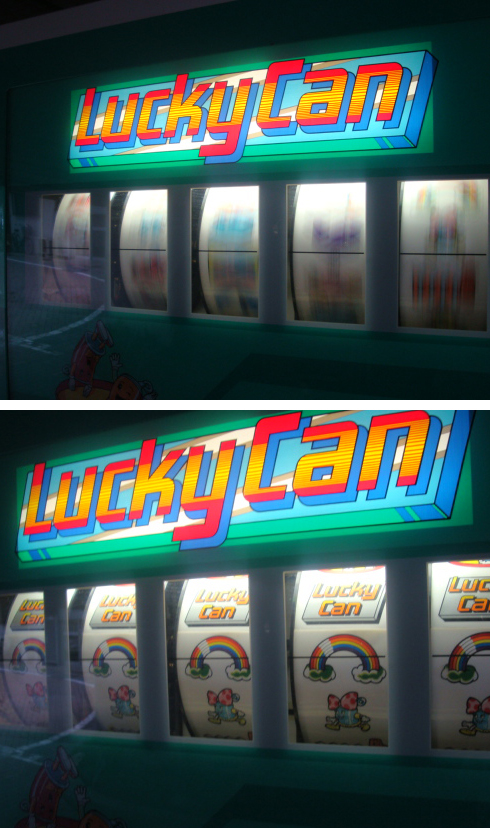 René Wilhelm’s 1990 “Apparatus for Collecting Articles” patent for Egapro AG describes a reverse vending machine that worked like a slot machine, offering prizes or discounts as a recycling incentive…

… a combination can crusher and slot machine. When a can is placed in the deposit slot, a sensor determines whether it is made of aluminum, steel or another material. If steel or aluminum, it is accepted and five wheels spin behind transparent windows.

The reward, which can be coupons of differing values for various products or services, depends on the alignment of symbols after the wheels come to rest. Someone depositing an empty soda can might receive a discount coupon for the purchase of more soda or other products.

PARK RIDGE, N.J. — A&P is testing Lucky Can, a can recycling machine that resembles a slot machine and issues coupons to “winners,” at a supermarket here. Based on its early success, odds are it will be rolled out to other stores, the company said.

The unit, installed across from the cheek-outs at this A&P store, has drawn much attention, said Michael Rourke, vice president, corporate affairs for the Montvale, N.J.-based chain. “We’ve had nothing but good response.”

Although they never really caught on in the US, they were big in Singapore and in Japan for a while…

“People do recycle without the machine but it’s on an ad-hoc basis. And some people find that it’s a chore that they have to keep it and then bring it down to some collection center without any returns. But we try to position these machines as something fun, conveniently located and get some reward for it when you recycle.”

As positive as Lucky Can’s early press coverage was, the novelty of the machines apparently wore off and, in Tokyo, they were delegated for a time to low rent locations and dimly lit pedestrian underpasses… 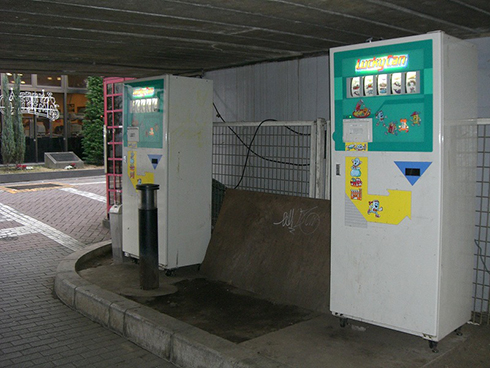 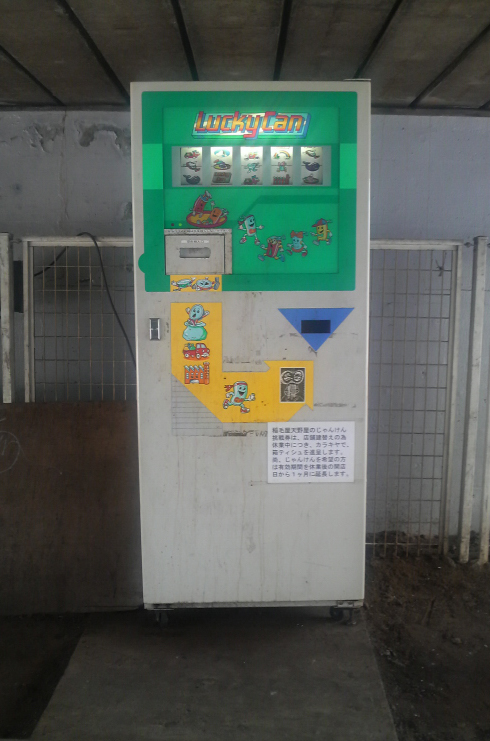 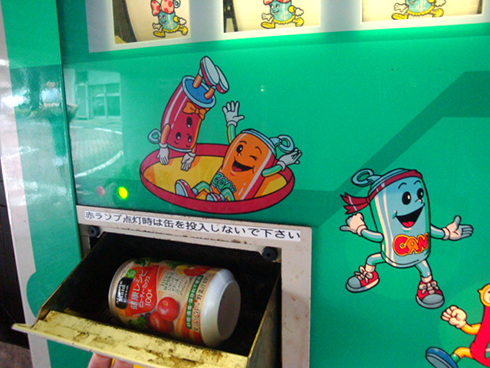 (More about the downfall of Lucky Can, after the fold…)

A Lucky Can recycling flow chart from EcoNet.gr.jp

※ very unfortunately, is a condition that has failed Kang lucky today. On non, there is no budget to install the new cans lucky repair.

Recycling at Lucky Kan We are currently suspended. 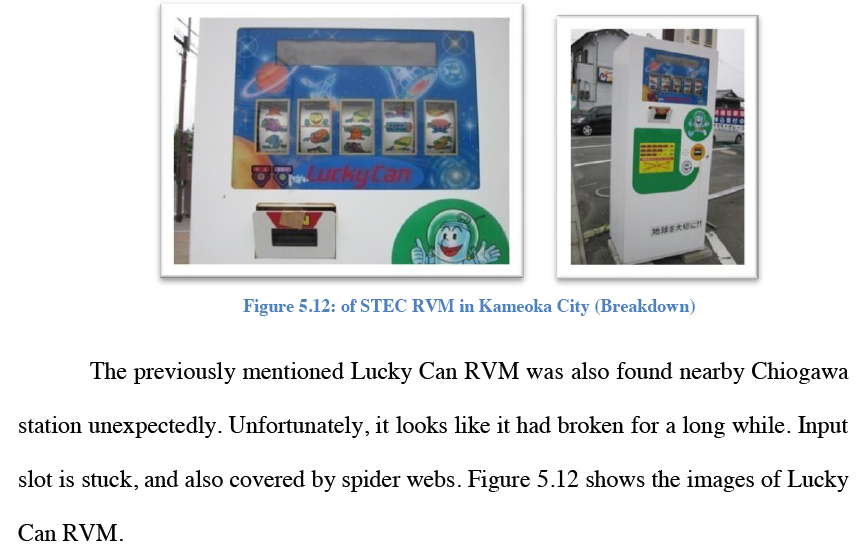 Regarding the combination of gambling and reverse vending machines, Wikipedia mentions that the concept had been criticized as a gateway gambling addiction aimed at children, although gambling laws in many states of the US make a specific exception for RVMs…

And René Wilhelm was not the only one to seek patents for recycling slot machines. Grant G. Curlman’s 1995 patent for an “Environmental Protective Amusement and Vending Method and Apparatus” is another example…