Although the same basic packaging has been sold under a number of different brand names (Shirriff, Stevens, Samshus) it was the Shirriff family that first developed the product and its triangular packaging:

During the same period that W.K. Kellogg was experimenting with cereals… F.A. Shirriff was actively developing the flavouring essences, jelly powders and marmalades that brought the Shirriff name into prominence.

Mr. Shirriff founded the Imperial Extract Company in 1883. During the 1920’s, the company developed the method of sealing flavour into a soluble capsule called a “bud”. It was a landmark discovery in food production. The new concept in flavouring dessert products was first applied to jelly powders that were put on the market under the “Lushus” brand.

The Blue Book of Canadian Business, 1981

An early triangular prism pack, I was delighted to discover that Shirriff also patented a hexagonal six-pack of close-packed individual cartons.

PACKED TO SELL THE PACKING SELLS THEM

The packing of Lushus is unique as the jelly. These gaily coloured triangular boxes—arranged on the clever stand— make an irresistible appeal whether in windows— on counters or on shelves.

SHIRRIFF’S, LTD., Toronto,  …has another unusual package. It comprises six triangular boxes nested together in a hexagonal cardboard base. Each box contains a different kind of dessert mixture. This package has proven quite successful, they say.

In addition to the triangular Jelly Crystal box, there was also another polyhedral pack developed for Shirriff’s “Fancy Free” dessert… 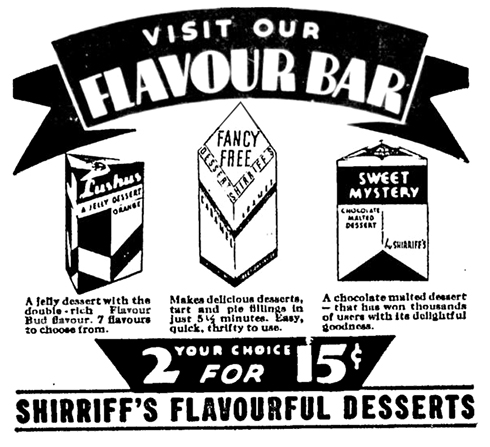 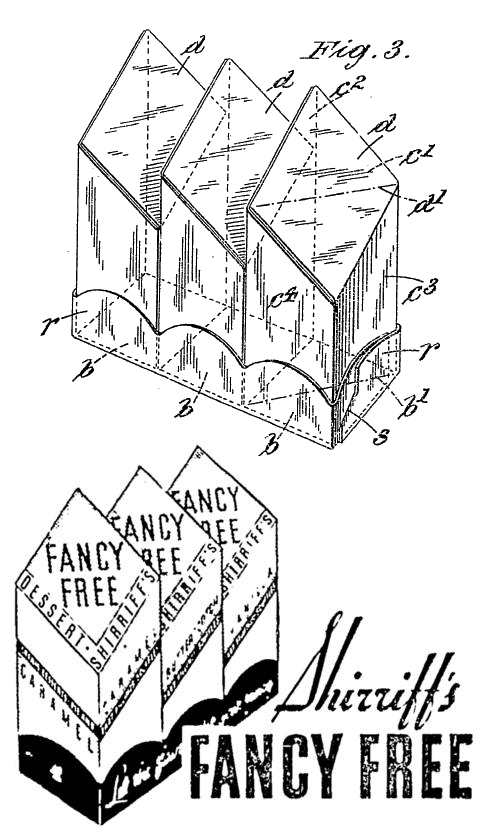 Shirriff’s “Fancy Free” dessert appears to have come in a rectangular carton with an oblique display face at the top. Granted a British Patent in 1938, G. E. Havinden (a UK distributor of Shirriff dessert products) notes that a key feature of this box shape it that—although exotic-looking—it could still be close-packed into a rectangular carton with no wasted space. (See Fig. 4 below) 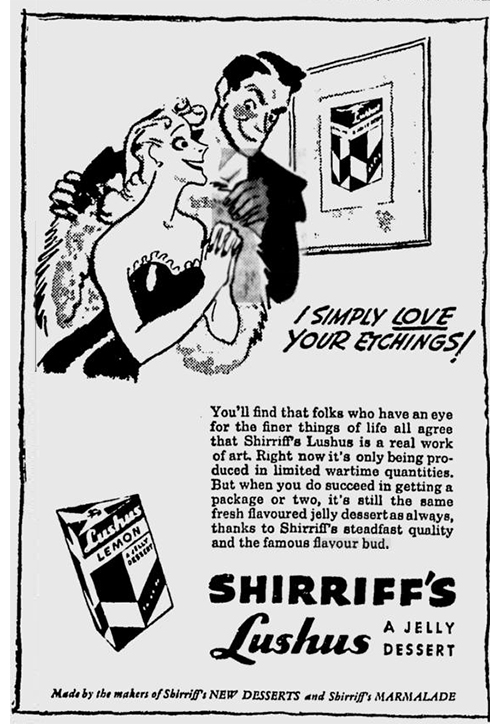 In this 1944 newspaper ad, Shirriff manages to make its brand packaging seem simultaneously artistic and lascivious.

Eventually (by the mid-to-late 1940s?) Shirriff’s desserts were mostly packaged in ordinary rectangular cartons like Jello. [although there is some evidence that triangular “Lushus” packaging was still being sold in some places in the 1960s…] But although they largely abandoned their trademark triangular packaging, the company still found unusual ways of promoting its products.

This recording by Ken Nordine was released on an album entitled, “Flavour Bud in Way Out Sounds from Shirriff.” 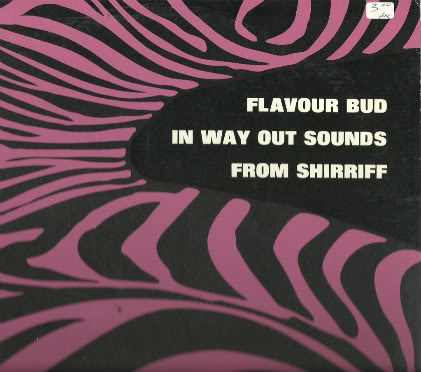 More recordings from this album at Mr. Ed Music Roundup.

« The Tilt Bottle: who gets credit for a design?
Lynna Chung’s Polyhedral Variety Packs »