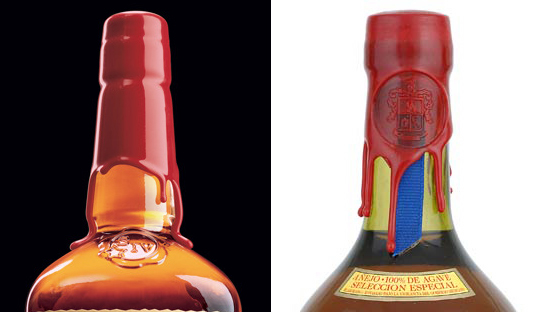 And speaking of bottles and drips…

Maker’s Mark is sold in squarish bottles which are sealed with red wax… Samuels’ wife, Marjorie “Margie” Samuels, gave the whisky its name, drew its label, and thought up the wax dipping that gives the bottle its distinctive look. It was introduced to the market in 1959.

Introduced in 1959 — trademarked in 1985 (below), in 2003 Maker’s Mark (above, left) sued Cuervo for violation of trademark due to Reserva tequila’s similar dripping red wax seal (above, right).

How it is done:

(More about Maker’s Mark, after the fold…)

Although the 2010 court ruling bars other companies from using a similar red wax seal, in their 1985 trademark, Maker’s Mark does not actually limit itself to red. Indeed, they have been known to use alternative colors for certain products and promotions. 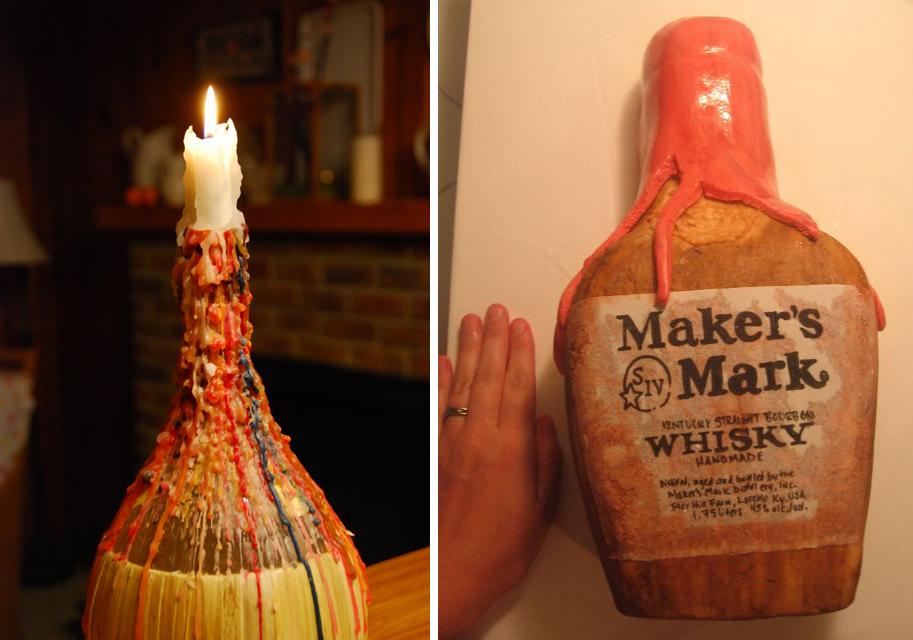 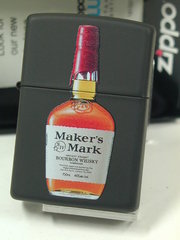 While some have likened the Maker’s Mark dripping (red) wax to revelatory blood, there are other more innocuous associations as well. For example: sealing wax—even dripping candle wax, as in this (nice) Chianti bottle from The Cottage (above, left), or icing as in this Maker’s Mark packaging cake from centralcake.com (above, right).

Also, there is a Maker’s Mark Zippo lighter (on right) and a dripping red wax iPhone app.