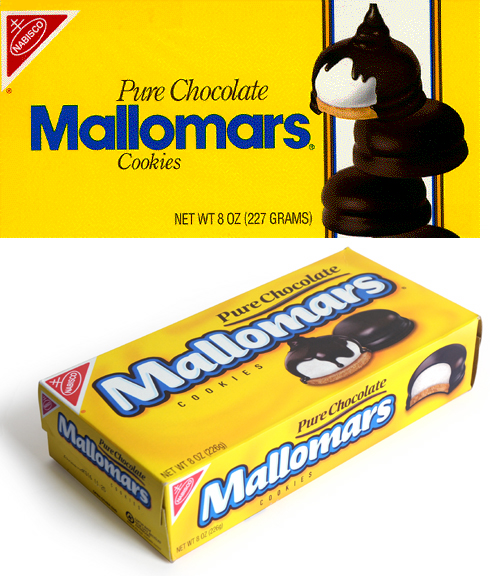 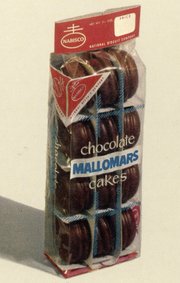 The evolution of Nabisco Mallomar packaging… From “cakes” to “cookies” and more recently from flat typography to 3-dimensional, marshmallow letters with an outer dark-chocolate stroke and multiple drop shadows. Subscribing to the theory that product logos are more effective if they simulate the texture and composition of the product, itself. (As with another Nabisco cookie whose logo is made to resemble a “creme” filling)

The inset photo on right of Mallomar’s 1953 Cellophane pack is via: The Karmic Kitchen.

Below: a press proof of an earlier Mallomars wrapper (1930s–1940s ?) from Jason Liebig’s extensive packaging collection on Flickr. 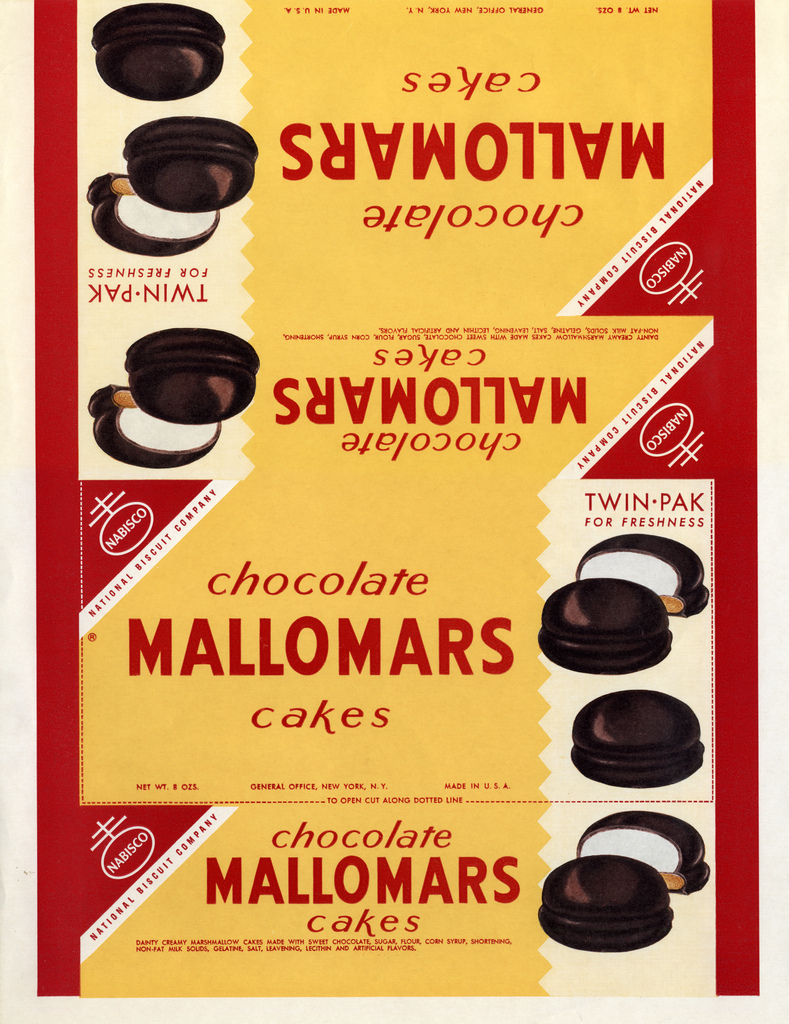 (A video concerning Mallomars’ “seasonal” issue, after the fold…)

From The Conan O’Brien show: graphic designer, Pierre Bernard’s “Recliner of Rage” segment on the topic of Mallomars’ seasonal scarcity…