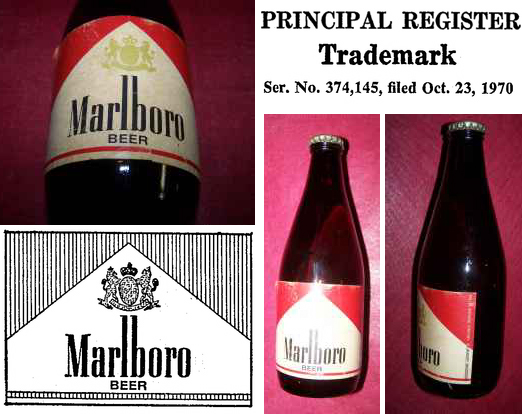 In the early 1970s, after buying Miller Brewing Company, Philip Morris experimented with extending its Marlboro Cigarettes brand to cover beer, as well.

Tobacco giant Philip Morris had just acquired full ownership of Miller Brewing during the previous year. The company had big plans for Miller, hoping to apply the same advertising strategies to the beer industry that it had used to propel Marlboro cigarettes to the top position within the tobacco industry. (The company even test-marketed “Marlboro Beer” but ultimately shelved it.)

Ever since reading about that, I’ve been looking for photos of the test-marketed “Marlboro Beer” packaging. This weekend they turned up. The three bottle photos above are from a listing on Craig’s List: Marlboro Beer – $1000 (Lake of the Ozarks)

I found the 1970 Marlboro Beer trademark on Trade.Mar.cz, proving (I think) that this is the real deal and not some Photoshop sleight of hand (like this or this).

This idea of Marlboro making a cross-branded beer goes to my earlier thread about products that combine or conflate smoking and drinking.

(The full Marlboro Beer trademark filing and how Marlboro might have cross marketed both products, after the fold.) 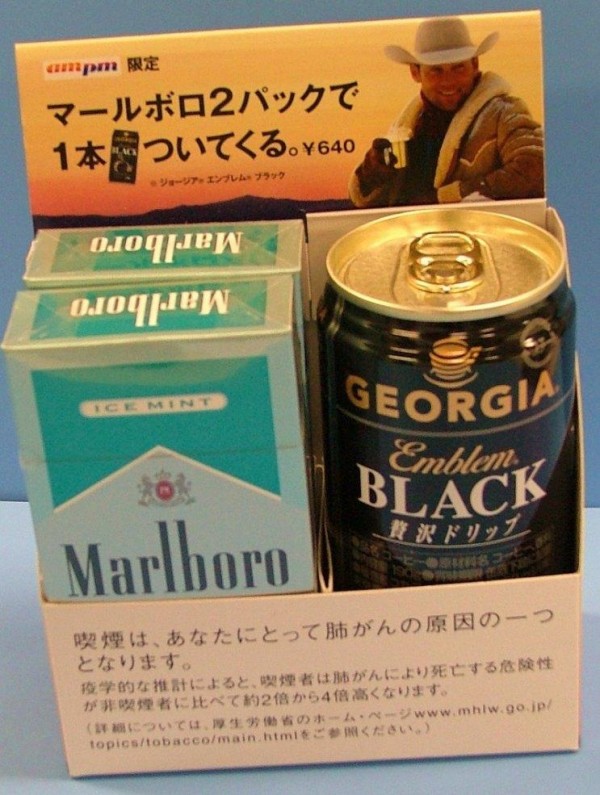 What looks at first glance to be a value-pack of vices is actually not cigarettes and beer. It’s cigarettes and canned coffee. (Photo via: WeirdAsiaNews) An entirely different subject but suggestive of how things might have turned out if Marlboro had come to a different conclusion about their fledgling beer brand.

Update: it turns out, “Yes, they were considering cans as well!”
See: Marlboro Beer: “Our rarest Can”