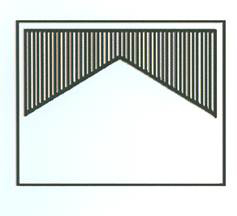 I recently wrote about artist, Leo Fitzmaurice’s “detexted” packaging sculptures, in which all typography had been removed. One of the brands that he subjected to this makeover was Marlboro cigarettes in his 2005 “Misconstruct.”

In 2006 Marlboro began selling their familiar cigarette pack in Canada with all of its familiar graphic design elements (Philip Morris crest, red roof shape, etc.) — but without the brand name, Marlboro. This was because, in Canada, the Marlboro brand name belongs to another tobacco company. Removing their brand name was an effective workaround.

This case concerns the world’s top-selling cigarette product, which is sold in Canada by the Plaintiffs in association with certain design and word marks also associated with the product elsewhere in the world. Internationally, this product is called “Marlboro”. In Canada, the Plaintiffs do not use the word mark MARLBORO in association with their product because that word mark is registered in the name of a competitor, one of the Defendants. Rather, in Canada, the Plaintiffs call their product “Rooftop”, in reference to the design elements used on the package. However, the word mark ROOFTOP does not appear on the individual cigarette packages. This appears to be the first time that a cigarette product has been sold in Canada (and, quite possibly, in the world) without any brand name appearing on the package.

…It is also interesting to note that the word MARLBORO printed on the Philip Morris’ Marlboro cigarettes close to the filter has been replaced by the rooftop design on the cigarettes sold in the no-name ROOFTOP packages.

« Low Square Bottles and Jars
Square Product in a Round Package »