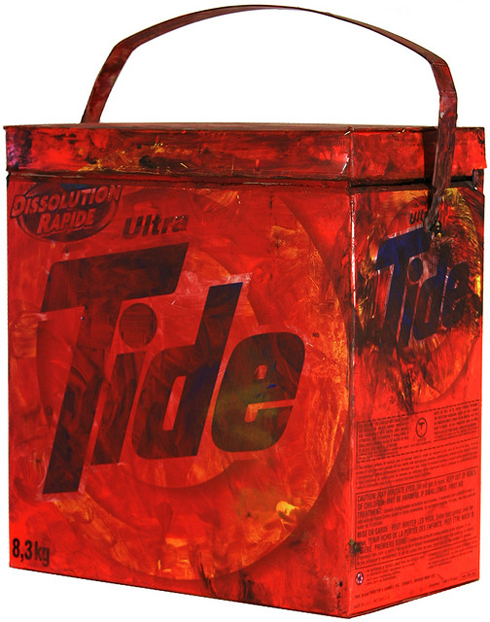 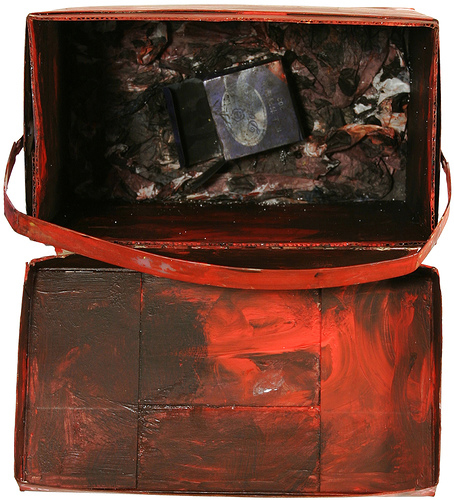 Last week was fluorescent orange week. (At least—in my mind it was.) It was while I was researching Tide detergent and Day-Glo printing, etc., that I happen to see one of Mary Bogdan’s painted Tide boxes on her Flickr Photostream site…

“I began noticing vagrant TIDE boxes all over the city (Montreal)… in the recycle bins and in garbages on Recycle Bin Day and/or Garbage Day. They stood out so vividly among the green plastic bin containers and the garbage bags thrown out on the streets of our neighborhoods. They were so compelling to me: “TAKE ME HOME”, that I began stopping my car wherever I was and no matter where I was going and picking them up.”

Bogdan is also a graphic design and partner at Crayon Design & Communications.

(Two more from her Tide series, after the fold…) 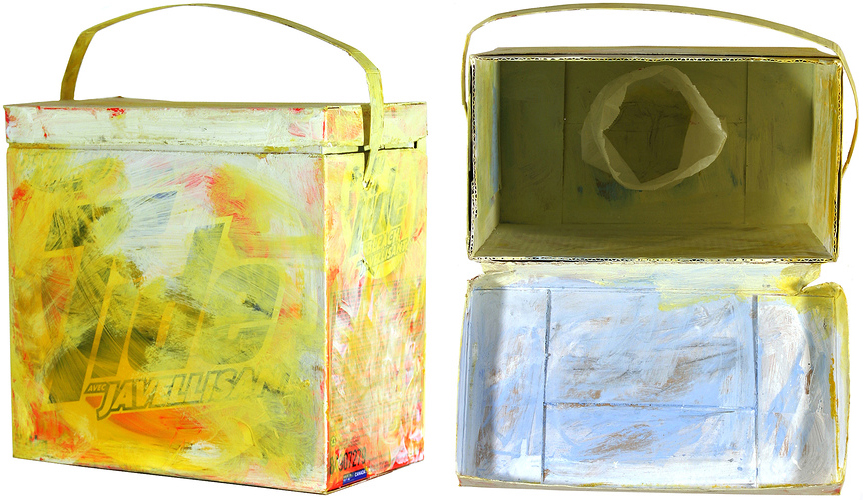 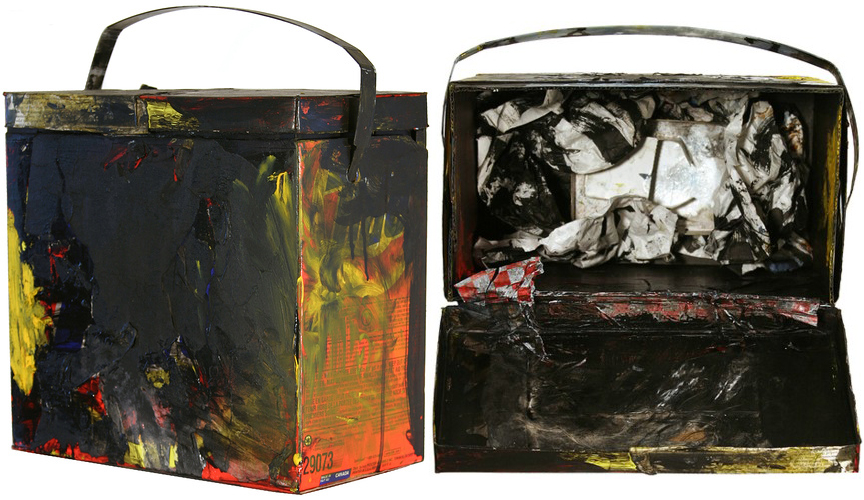 « Day-Glo: the brand
The Nerds Cereal Box: “an industry first” »