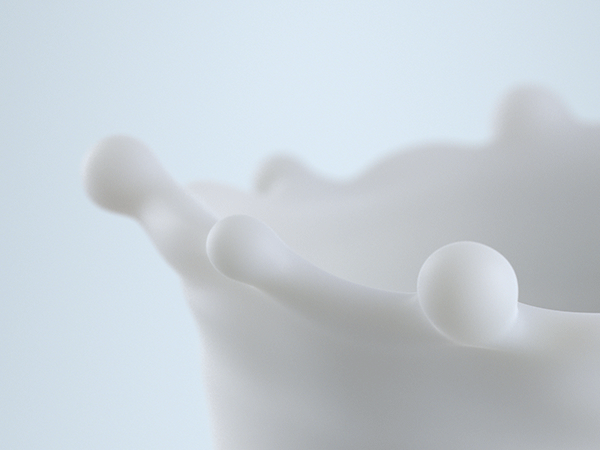 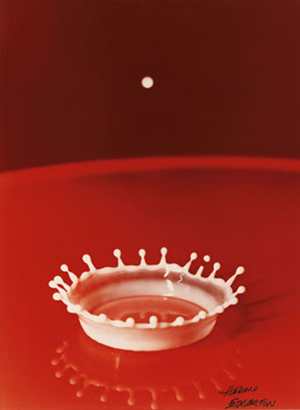 Dmitry Patsukevich’s stated intention for the milk splash crown bottle cap on his Queens Village milk bottle was to “keep the bottle as simple as possible but add some liveliness.”

That may be true, but the splash-shaped milk bottle cap also harkens back to the early high-speed photography of Dr. Harold Edgerton.

There is no such thing as a ‘perfect’ result or a complete study of a phenomenon. For example, although I’ve tried for years to photograph a drop of milk splashing on a plate with all the coronet’s points spaced equally apart, I have never succeeded.

Bottle caps are also associated with crowns for other reasons.

Crown Cork and Seal was so named because its metal bottle caps were thought to resemble a crown.

Other beverages are branded with crown shaped splashes, but by incorporating the crown splash into the structural design of his bottle, Patsukevich has done something splashy that we haven’t seen before. Milk splash crown bottle cap.

(Some videos of Edgerton’s milk splashes, after the fold…) 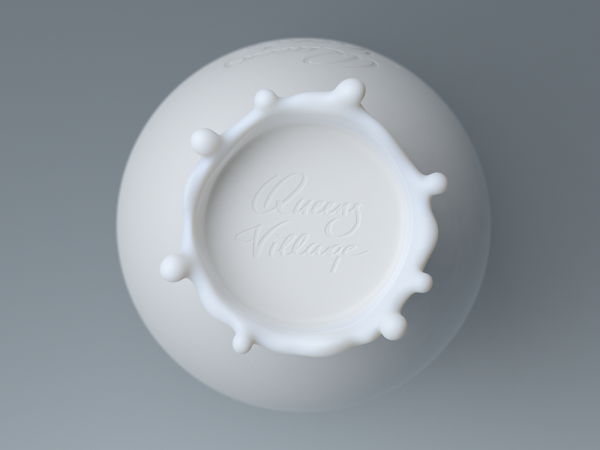