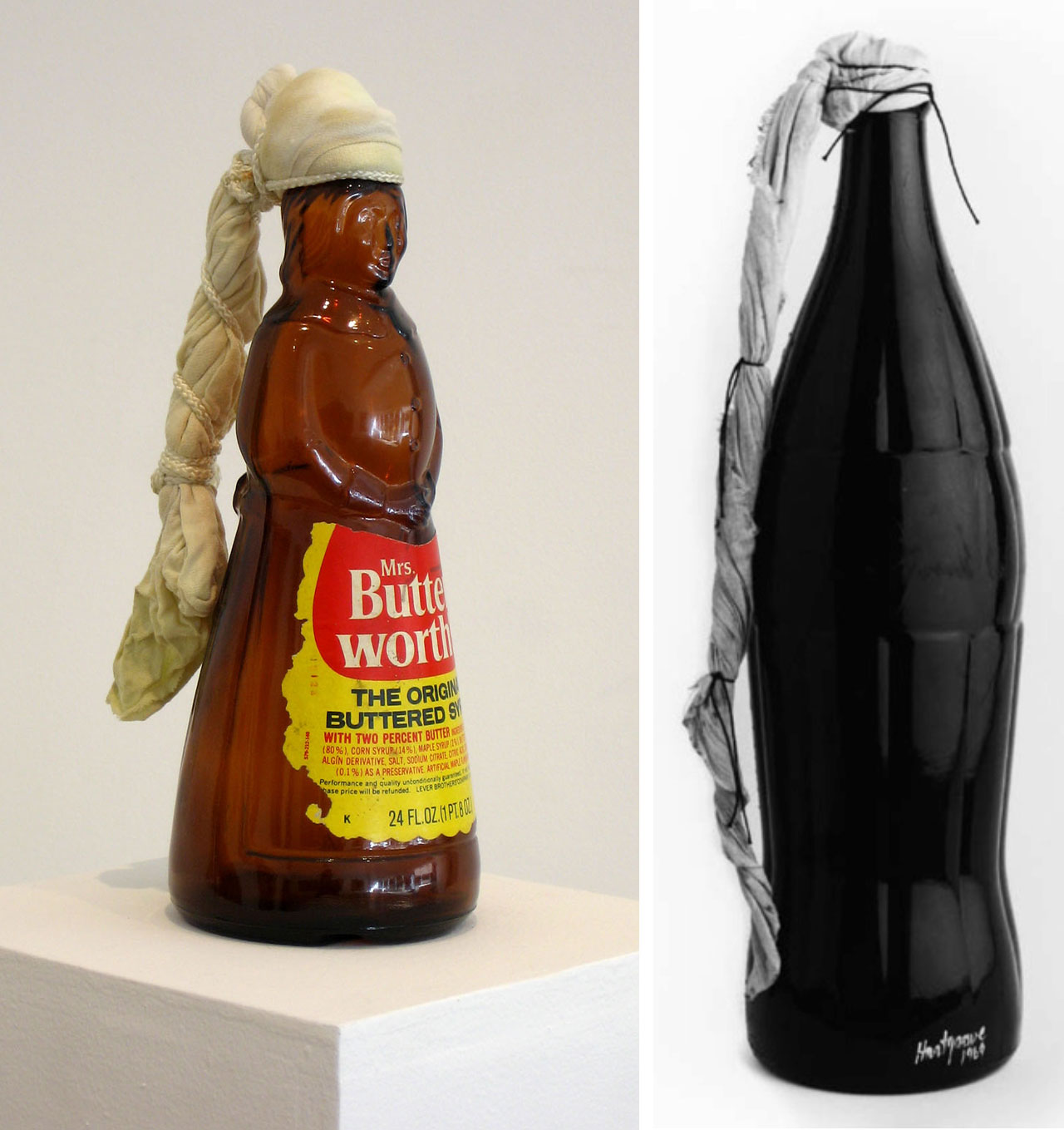 Working with both unique gesture and found objects, Pruitt attempts to decode established myths of the “black experience,” allowing its inherent durability to be less apprehended than demarcated as a vital and ongoing historical time machine…

You Know How We Think (after Ronald Hartgrove) comprises a shapely Mrs. Butterworth maple syrup bottle—an iconic image of the constructed black persona—wearing a traditional headdress worn in African tribal cultures. The piece is based on the famous 1969 Ronald Hartgrove sculpture of a coke bottle painted black with a white rag wick sticking out of it.

©2008 The Foundation for International Art Criticism 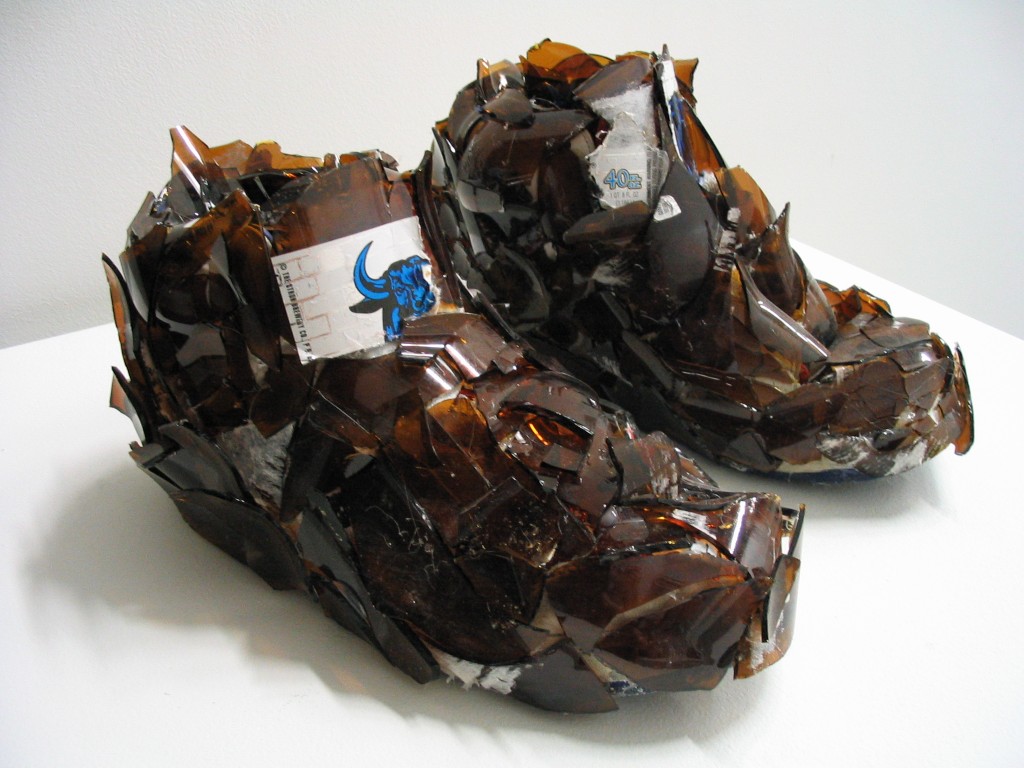 If Pruitt’s “You Know How We Think” is an homage to Hartgrove’s Molotov Coke bottle, it is only partly so. (There are different implications to a Mrs. Butterworth bottle which we’ll get into later.)  The Molotov Coke bottle is part of the Menil Collection in Houston and was featured in a 2007 exhibition called “Lessons from Below: Otabenga Jones & Associates”—a show that Pruitt also participated in. (on right: Pruitt’s “Glass Slippers” from the 2006 Whitney Biennial)

The room is filled with an eclectic assortment of books, images, objects, artworks and artifacts, both ancient and recent, all relating to black history and culture…

Otabenga Jones & Associates have also thrown big handfuls of pop cultural objects into the mix. A Michael Jackson action figure with pale skin and a bobbed nose… a brick with a “cozy” crocheted in the colors of the pan-African flag, dubbed “freedom ornament with cozy“ and dated 1967. Next to the brick is a 1969 sculpture of a Molotov cocktail by Ronald Hartgrove. It’s a Coke bottle painted black with a white rag wick coming out of the bottle’s mouth. A plastic figure of Lando Calrissian… As far as I can remember, Calrissian is about the only black character in the Star Wars series, unless you want to count George Lucas’s regrettable character of Jar Jar Binks, whom Joe Morgenstern, writing in The Wall Street Journal, described as a “Rastafarian Stepin Fetchit on platform hoofs, crossed annoyingly with Butterfly McQueen.”

(Butterfly McQueen is highlighted above because she comes up again later.) 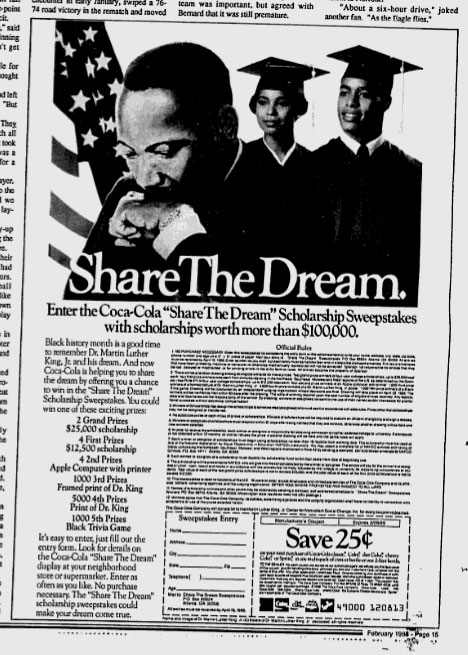 My first impression of Hartgrove’s sculpture was the irony of the gesture, taking the most iconic symbol of American commerce and combining it with an iconic symbol of revolution, but there were other things going at that time that connect Coca Cola and Molotov cocktails…

We don’t have to argue with anybody. We don’t have to curse and go around acting bad with our words. We don’t need any bricks and bottles. We don’t need any Molotov cocktails. We just need to go around to these stores, and to these massive industries in our country, and say, “God sent us by here, to say to you that you’re not treating his children right. And we’ve come by here to ask you to make the first item on your agenda fair treatment, where God’s children are concerned. Now, if you are not prepared to do that, we do have an agenda that we must follow. And our agenda calls for withdrawing economic support from you.”

Martin Luther King Jr. on April 3, 1968 (he was assassinated the following day)

20 years later, Coca-Cola began featuring Martin Luther King Jr. in its “Share The Dream” Scholarship Sweepstakes, offering a range of prizes from college scholarships to “Black Trivia” games. Gold Coke bottle have also been awarded. (The ad above right is from a 1988 edition of The Baltimore Afro-American) Below is an example of Coca-Cola’s ethnic advertising from the time of Martin Luther King Jr.’s proposed boycott. 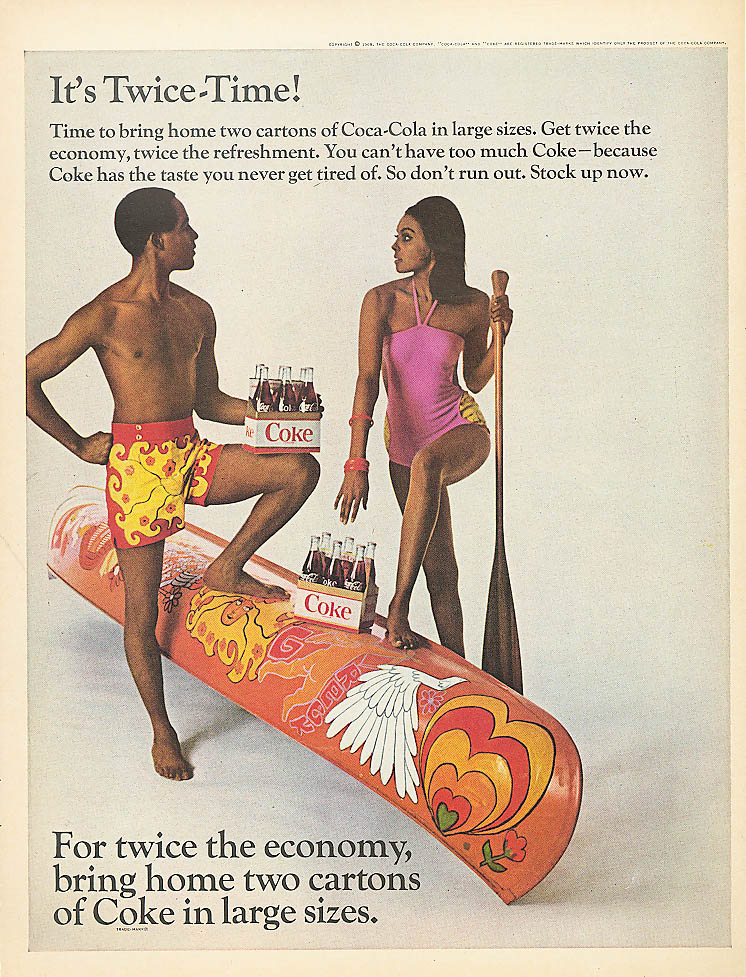 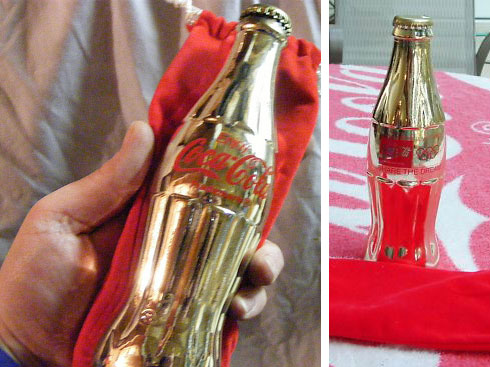 (More about that question, after the fold…)

2. In a recent kerfuffle surrounding the handing out of Mrs. Butterworth bottles as awards to cafeteria workers at Missouri University Hospital, the race of the brown, anthropomorphic syrup bottle (and it’s cultural meaning) were called into question.

University Hospital is rewarding food service workers of the month by giving them spray-painted Mrs. Butterworth syrup bottles, a mammy-esque symbol that has sparked complaints across the University of Missouri campus.

“It’s inappropriate to give our lowest-paid employees an award representing being a faithful slave,” said Traci Wilson-Kleekamp, director of diversity and outreach in MU’s School of Medicine.

Coverage of the story on the Madame Noire web site, however, interprets the content of the Mrs. Butterworth character a little differently…

For once though, no ill-will appears to have been truly intended. For one, Calvin Rolark, the black supervisor of food services who came up with the idea, chose Mrs. Butterworth’s bottle because it resembles an Oscar. Number two, Deputy Chancellor Mike Middleton told the Tribune he thought Mrs. Butterworth was white—as do most people….

The thing is, there are some discrepancies with the history of Mrs. Butterworth.  Actress Thelma “Butterfly” McQueen is said to have  modeled for the Mrs. Butterworth bottle around the time she finished her role as the young mammy “Prissy” in “Gone With the Wind.” But the first television ads of the syrup icon featured her as an older white lady, portrayed by Cliff Arquette as “Charley Weaver,” and later voice actress Mary Kay Bergman also carried on the aura of an elderly white woman as the syrup symbol we see today. If Aunt Jemima were the object in question there would likely be no doubt about the racist undertone, but Mrs. Butterworth’s mammy history is a bit more cloudy. 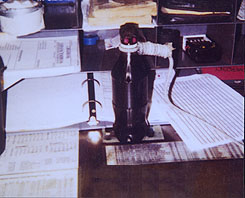 3. In contrast to the recycling of Mrs. Butterworth bottles as awards, consider this story from the Los Angeles Sentinal about a Coke bottle made into an racist effigy:

…on Sept. 14, 1998 he found a Coke bottle on his desk that had been painted black, with eyes drawn in and wool-textured material glued on as hair.

Callier’s suit alleges that a rope fashioned into a hangman’s noose was wrapped around the neck of the bottle, simulating a lynching.

Upon seeing the lynched bottle figure, “Mr. Callier immediately understood he had become the direct target of what seemed to be a known and tolerated, racially hostile work environment that existed at the company.”

4. Consumer confusion alert: Artist Robert Pruitt should not be confused with the artist Rob Pruitt. Rob Pruitt has also created some package-related “readymade” sculpture, but Rob’s career was derailed for time when his and Jack Early’s 1992 exhibition “Red, Black, Green, Red, White and Blue” was deemed irredeemably racist:

But with “Red, Black, Green, Red, White and Blue,” their 1992 show at Leo Castelli, Priutt/Early resoundingly put their feet in their mouths. Mass-market posters of black celebrities and naked women — athletes, entertainers and even Dr. Martin Luther King, Jr. — were mounted on obelisk-shaped posts inside a paint splattered gallery lined with gold foil. … their (white) examination of the kitsch manufactured for African American consumption was critically lambasted — the New York Times’ Michael Kimmelman called it “degrading” and “sensationalistic.” Pruitt’s now-flourishing career went on hold for five years…

Interesting to compare the 1992 “Red, Black, Green, Red, White and Blue” exhibit with the 2007 “Lessons from Below: Otabenga Jones & Associates” exhibit mentioned above. Or to compare the review of Robert (not Rob) Pruitt’s show, saying that his work: attempts to decode established myths of the “black experience.”  with what Rob (not Robert) Pruitt says were his and Early’s artistic intentions: “We wanted to point out the commodification of black heroes by predominantly white-owned companies…”

So as two white, gay men, it was strange to people that we were making this body of work, celebrating achievements of black  American culture. I think the exhibition did fuel the fires of the racist reading, because we shifted tone. I mean,  Artwork for Teenage Boys did involve pretty offensive, sexist, misogynistic expressions of white, male teen age culture that we’d basically gotten from T-shirt iron-ons and rock music lyrics… We were trying to make a portrait of this segment of the population who was the enemy, who harassed us in high school, who beat us up behind the gym. It was an interesting exercise in politics and aesthetics just to gather all of this really vile information and see what it looked like together. I really viewed that project as a portrait of the enemy. And then we did shift gears. But the Black show was not a portrait of the enemy. It was a celebration of a group of people that we felt aligned with. Growing up gay in the ’70s and early ’80s, I think that we just felt as if we had some of the same liberties and rights breached as well. It’s difficult to explain away all of the reactions that happened 20 years ago. Obviously, I want the story to go in my favor and to not be the villain anymore. But I also want to be responsible for what I did at every point in my life. 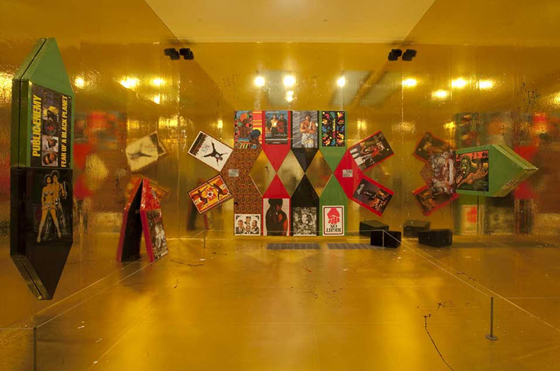