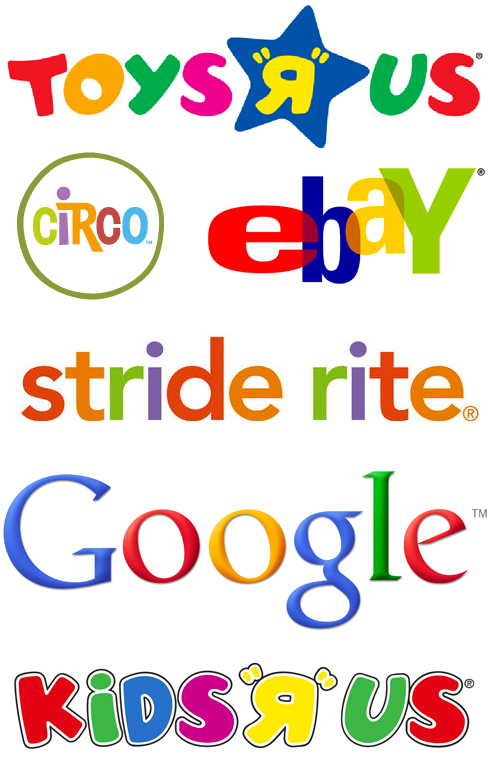 When the letters of a logo are all different colors, it generally means one of two things. Either the logo is for a children’s brand, as in with the Toys“R”Us, Kids“R”Us and Target’s “Circo” brands. Or the logo is meant to convey a fun multiplicity of features or product choices, as with the eBay, Stride Rite and Google logos.

One thing that drives me crazy are multicolored logos that do not take into consideration the lightness of yellow against white. Most of the logos above attempt to compensate for this in various ways… yellows that are closer to orange will be darker and show up better against white…  the black outlines around the Kids“R”Us logo… the dark blue star behind the yellow “R” in the Toys“R”Us logo.

When I see a logo with a disappearing yellow letter, I’d like to show its designer the color solids below… 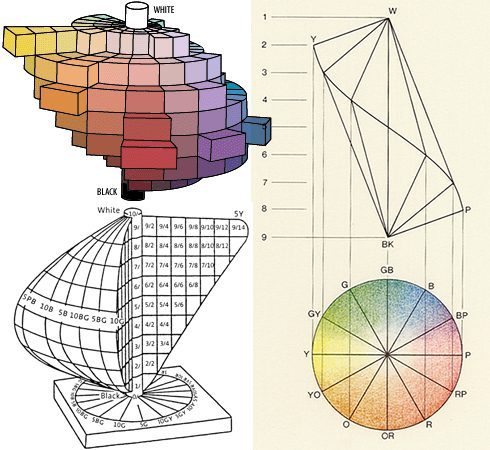 Albert Munsell, in his color system from 1905, understood that equally intense yellow and blue hues were not equal in light/dark value. In his “color solid” he, therefore, did not arrange them around a horizontal equator. Likewise, Arthur Pope gave his 1929 color solid a tilted equator to reflect this fact. 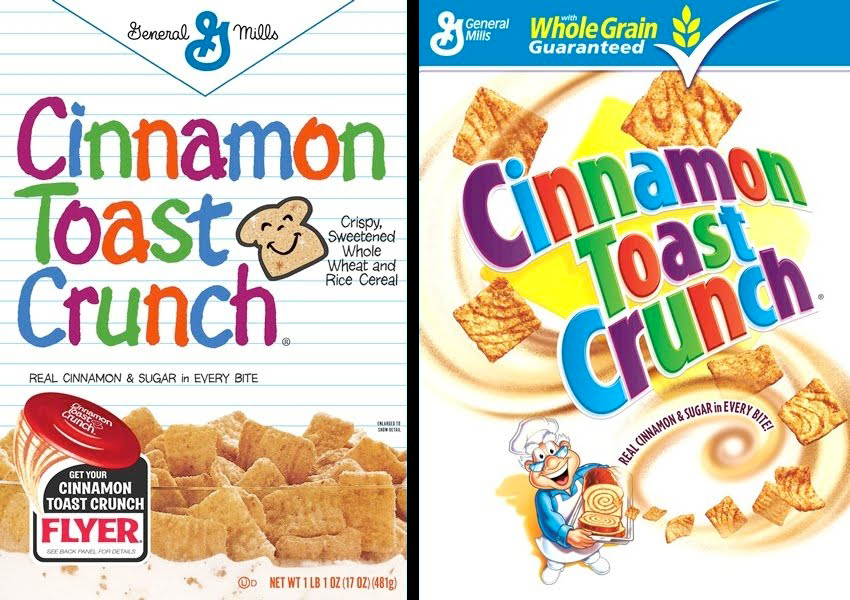 Cinnamon Toast Crunch avoids the entire figure/ground dilemma of yellow letters by not including any. They do go to pains, however, to avoid typographic “rivers” of the same color in adjacent letters. Note how certain letters changed colors when the typography changed in the rebranding above.