I don’t mind using a good negative statement. Not even a double negative.  I should know better. It’s generally more efficient to say what “is” than what “is not.”

Usually when branding gets “declarative” it’s in the form of a positive statement. There are some interesting exceptions, however.

“This Soup is Not for Sale,” a declarative package we mentioned in 2014, is one example.

When messaging on a package constitutes a product or ingredients claim, there are usually regulations about negativity.

A “negative claim” is a statement about:

• the absence of a particular ingredient, substance or class of substances in a food
because the substance is not inherent to the food;

• a substance that is not present in the food either through direct addition or through carry-over; or

• a substance that has been removed from the final food.

Claims to the effect that a food does not contain an ingredient or substance must be factual and not misleading as required by subsection 5.(1) of the Food and Drugs Act and section 7 of the Consumer Packaging and Labeling Act.

Australia’s Department of Heath, on the other hand, prohibits negative statements, at least on medicines.

But what are the marketing implications of negative statements?

Above are three more examples of declarative branding with negative statements. We have further details about each one, after the fold… 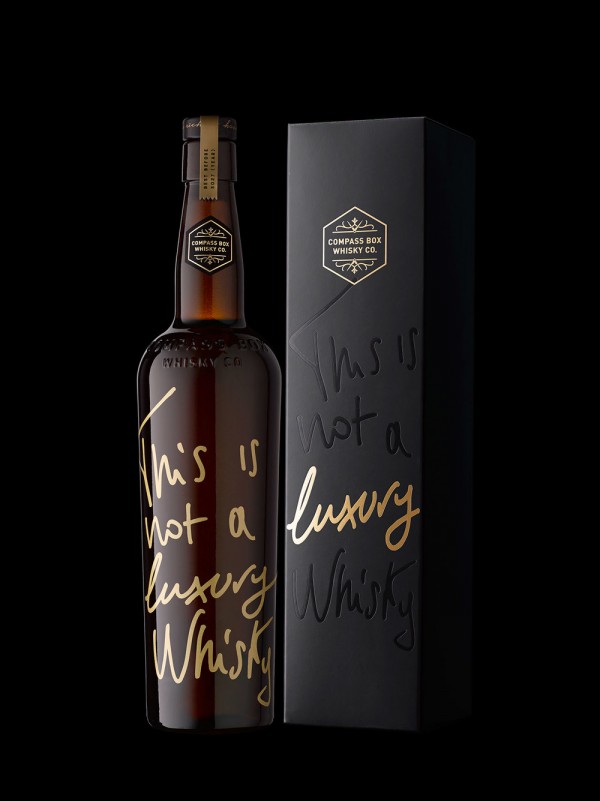 1. Stranger & Stranger’s design for Compass Box Whisky uses the emphatic negative statement, “This is not a Luxury Whisky” The gold foil somehow suggesting that the opposite might be true.

This is not a luxury whisky. Or is it?

…similar to the role Magritte’s painting played in the art world, this release is about getting people to consider for themselves what a ‘luxury’ whisky is.

The correct title of the Magritte painting mentioned above is actually, The Treachery of Images. The point being (something like) you can’t believe everything you read and you can’t always trust a product’s claims—even when they are negative.

(See also: Ceci n’est pas une Skippers pipe, This Painting has no Name and This is not a corncob pipe) 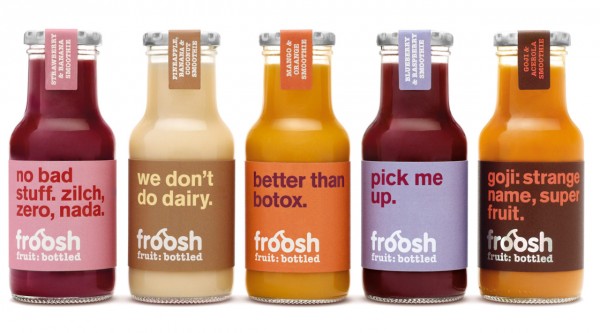 2. Pearlfisher’s design for Froosh uses a variety of declarative statements, only some of which are negative.

Unexpected, personality-driven statements speak directly to the consumer and create standout on shelves dominated by predictable images of fruit.

The Froosh labels with negative statements are colloquial product ingredient claims. One label reads, “no bad stuff. zilch, zero, nada.” Another reads, “we don’t do dairy.” The statements are all set without any capital letters, as if to emphasize their humorous informality.

One possible caveat: is “not bad” a strong enough branding statement? 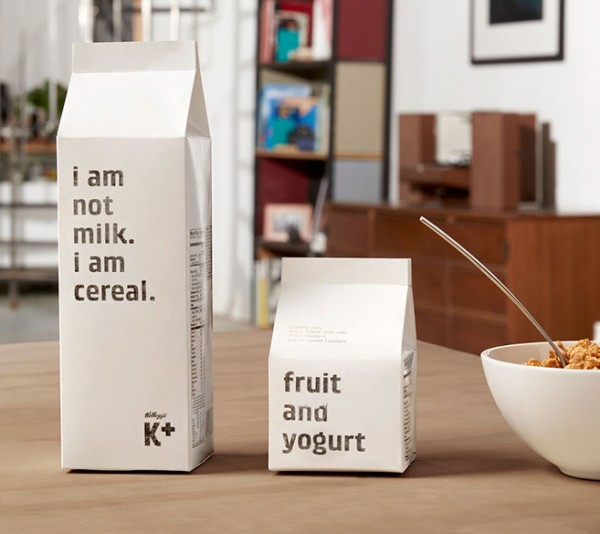 As with the Froosh labels, these statements were set in lower case letters.