The first time I ever heard the word “nerd” was in 1973 when college classmate (now screenwriter), Becky Johnston called me one.

In addition to that meaning, the word is also a name for this Nestlé candy that they currently sell under the “Wonka” brand. Presumably, we are also to think of those illustrated characters on the package as nerds, although, to me, they more resemble shmoos. Not one of Dahl’s original fictional products, but an interesting double-chambered box. Pouring out candies in two separate color streams reminds me of Stripe Toothpaste.

How is this done? (See two more photos after the jump…) 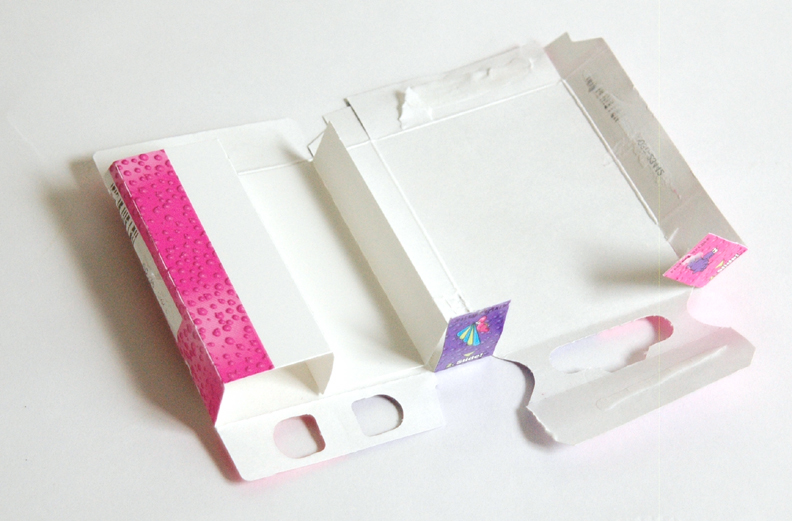 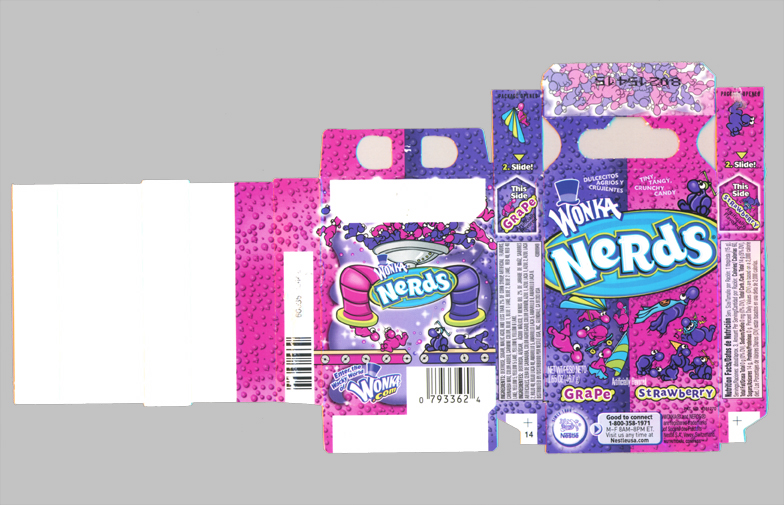