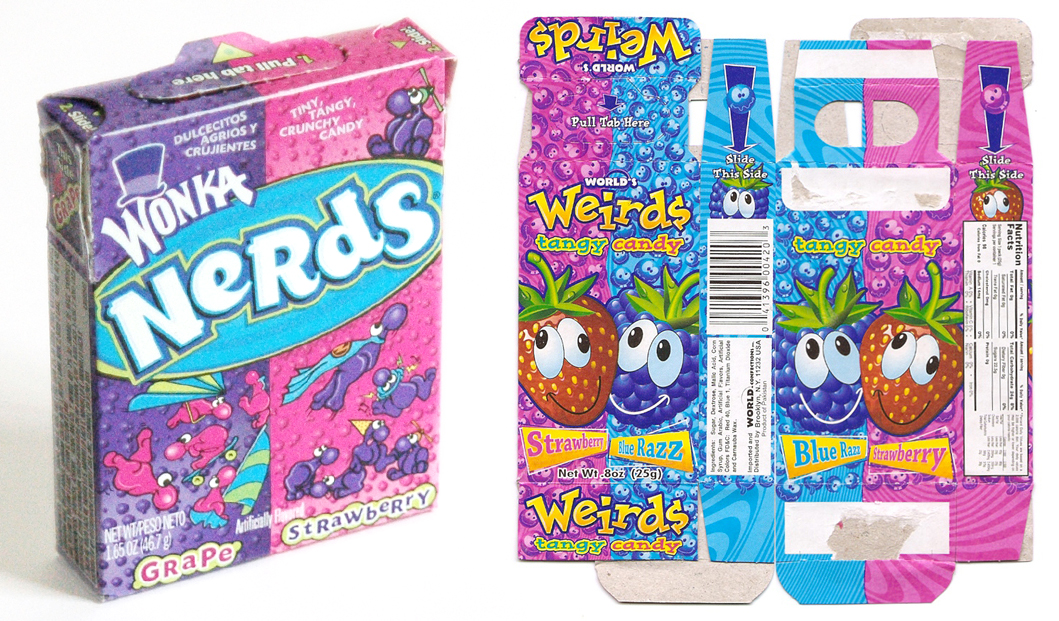 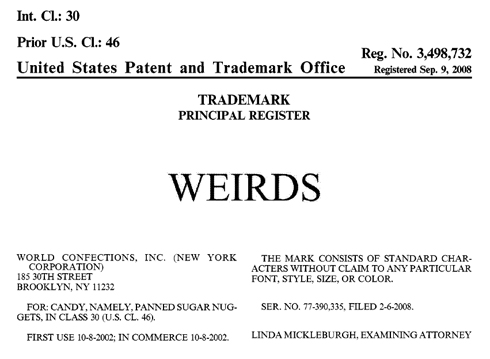 Source of Weirds Candy was a little hard to pin down.

World Confection, the NY-based candy company that originally registered the trademark name includes Weirds Candy on their website. But so does the Dublin-based Rose Confectionery. And also Coral Enterprises in Pakistan.

Since both World Confection and Rose Confectionery are connected in various ways to Coral Enterprises—(Rose cites “Coral” as a “sister company” and World imports from Coral)—my guess is that the candy is actually manufactured in Pakistan by Coral Enterprises. 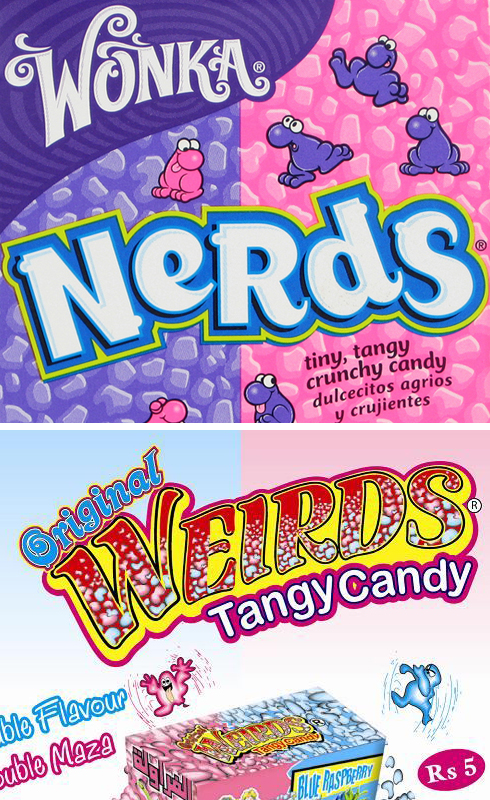 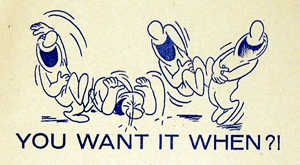 Like “Nerds,” these pink and blue “Weirds” candy characters are supposedly based on the amorphous shape of the candies, but despite having arms (where the Nerds creatures do not) they are certainly another source of potential consumer confusion. (The Nerds characters are, themselves, reminiscent of the classic “You want it when?” characters.)

Speaking of “consumer confusion,” at least one website offers “Nerds (aka Weirds)” with a photo of Weirds Tangy Candy.

They very closely resemble another brand of sweets, Nerds made by Willy Wonka Ltd. The close resemblance in shape and taste (very small, irregularly shaped lumps of tangy candy) and similar marketing (Weirds features two nerdy-looking characters on the box- ‘weirds’-‘nerds’) has led some to accuse Rose Ltd of ripping off Wonka’s original idea.

(Various Weirds cartons, after the fold…)

Various Weirds Tangy Candy boxes: the one on the left is a World Confections box. The center is the Rose Confectionery version. The one on the right is a licensed “Dennis & Gnasher” version—(Dennis, being a character with consumer confusion issues of his own.)

Regarding the dual chambered box, the Nerds Candy box structure does not appear to have been patented, and similar boxes have been around since at least the 1930s… 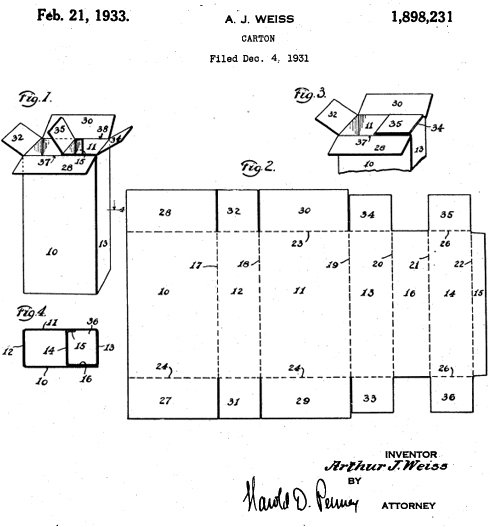