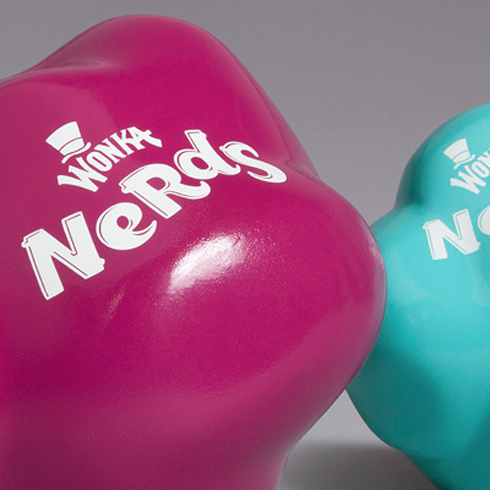 The abstract forms are “Nerd” shapes, based, not on the shape of the candy’s anthropomorphic mascots, but on the same amorphous candy shapes that the armless mascot creatures were also meant to resemble.

Even so, these containers still seem more anthropomorphic, than abstract. (In a Henry Moore, Venus of Willendorf sort of way.) 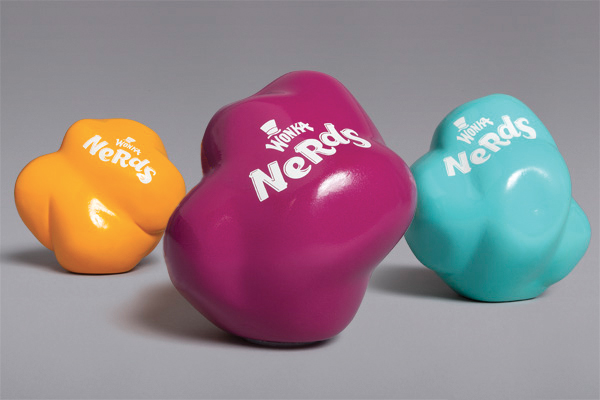 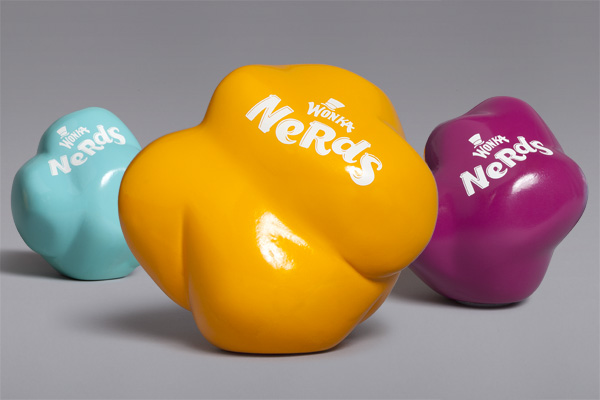 Another thing about Toole’s concept: any package designed to resemble its contents is inherently self-similar, and possesses a certain fractal dimension which can actually be calculated. We will not be calculating that here, however, because (in the words of Paul Ryan) “I don’t have the time. It would take me too long to go through all of the math…” and  “I don’t want to get wonky on you…” 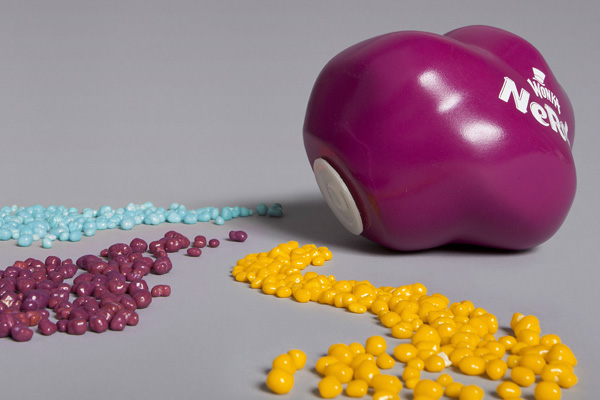 As high-concept an idea as this is, it’s not the first nerds-shaped Nerds Candy container ever conceived of…

Willy Wonka continued to promote its top selling Nerds Brand throughout 1985. Nerds Containers (a plastic “nerd”-shaped container filled with Nerds) was introduced in floor and counter displays. The item is in assorted colors (flavors) and carries 49¢ suggested retail price. A new flavor combination (raspberry/blueberry) was also introduced in the Nerds line.