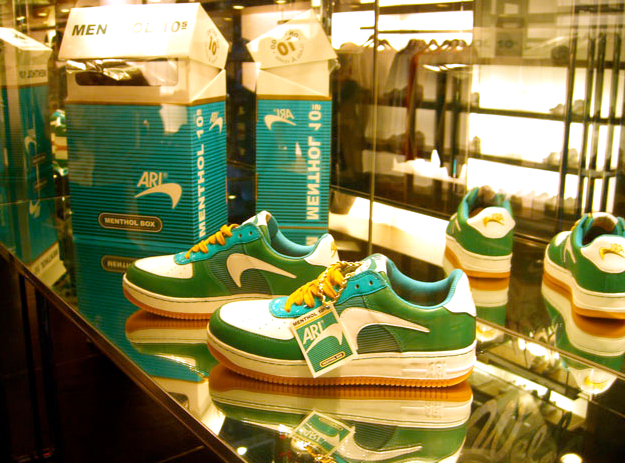 The similarity of the Nike and Newport logo has been well noted. Not a problem between the two companies when shoes and cigarettes are clearly separate industries. But when they get mashed up together, as with Ari Foreman’s 2008 “Ari Menthol” shoes, and are packaged in an oversized flip-top cigarette shoe box…

Another example of a Nike/Newport mash up are a 2009 series of “Nike Newports” by Danny J. Gibson: 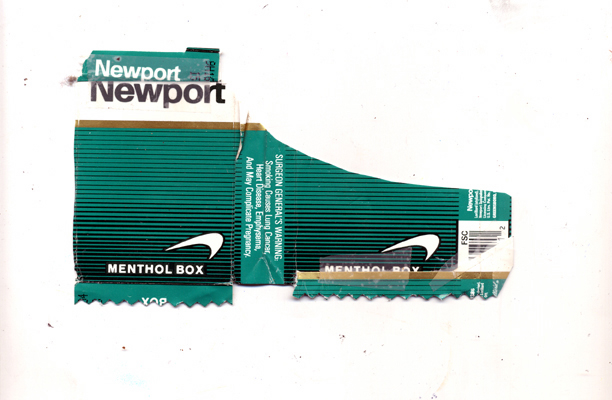 I was wondering: has anyone ever mashed it up the other way round—as Nike Cigarettes? 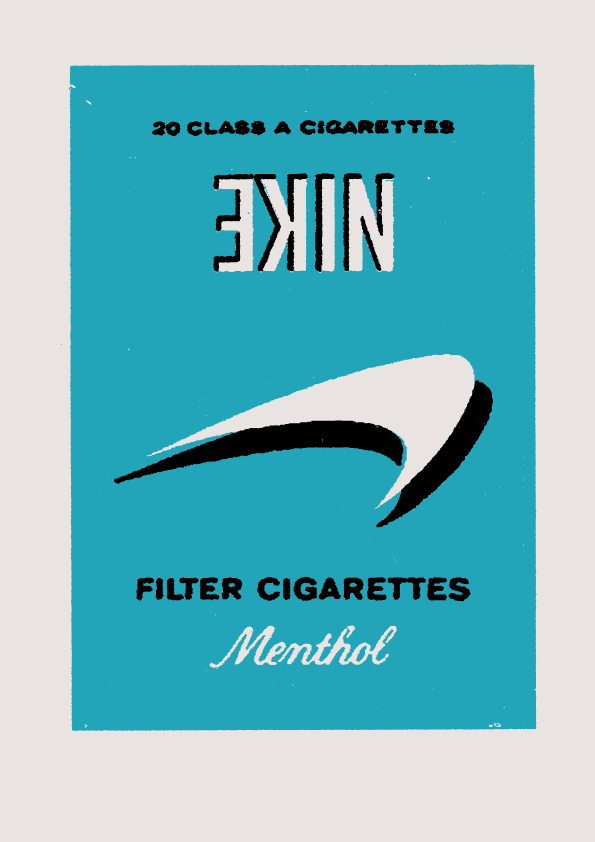 Christopher Dombres made this silkscreen print of a proposed Nike Cigarette pack which sort of fits the bill for an inverse mash-up, although it’s still more Newport, than Nike. (I like the detail of the up-side-down name.) As for actual cigarettes… 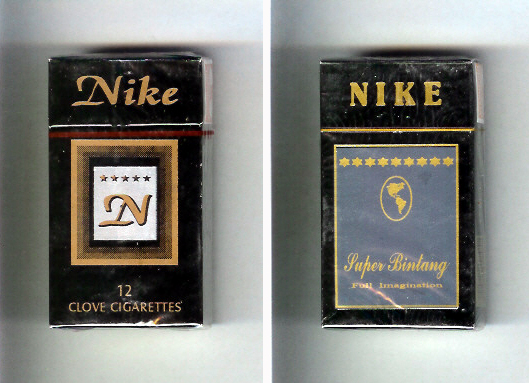 There is an Indonesian brand of Nike Cigarettes, although their package design includes neither a spinnaker nor a swoosh logo.

There is also this photo from 215Blog identified as “Nike Cigarettes” but they might just be upside down Newports. (Or maybe counterfeit Newports.) 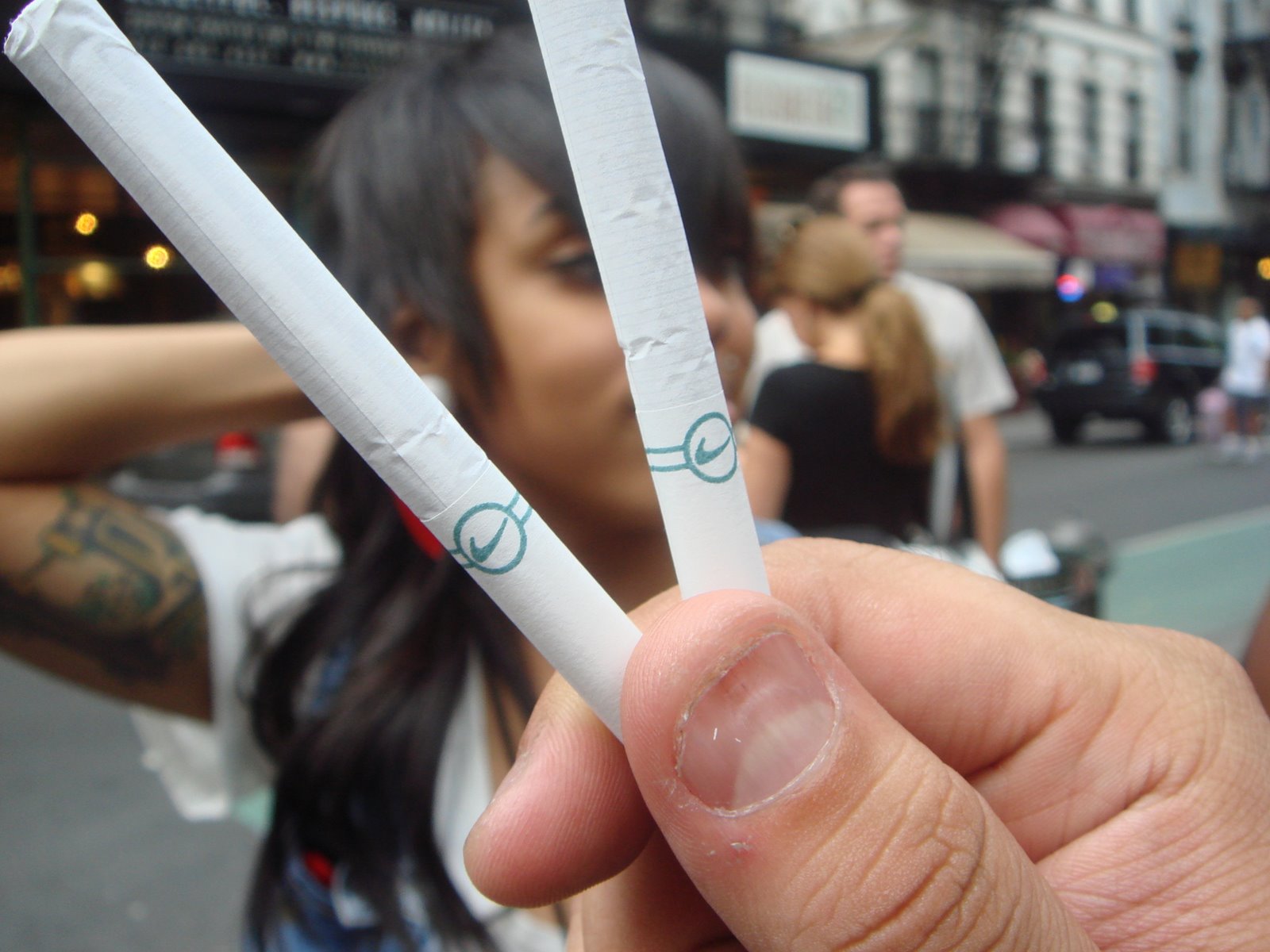 There are, however, some anti-smoking ads which clearly reference the Nike “swoosh” logo as well as their “Just Do It” tagline. 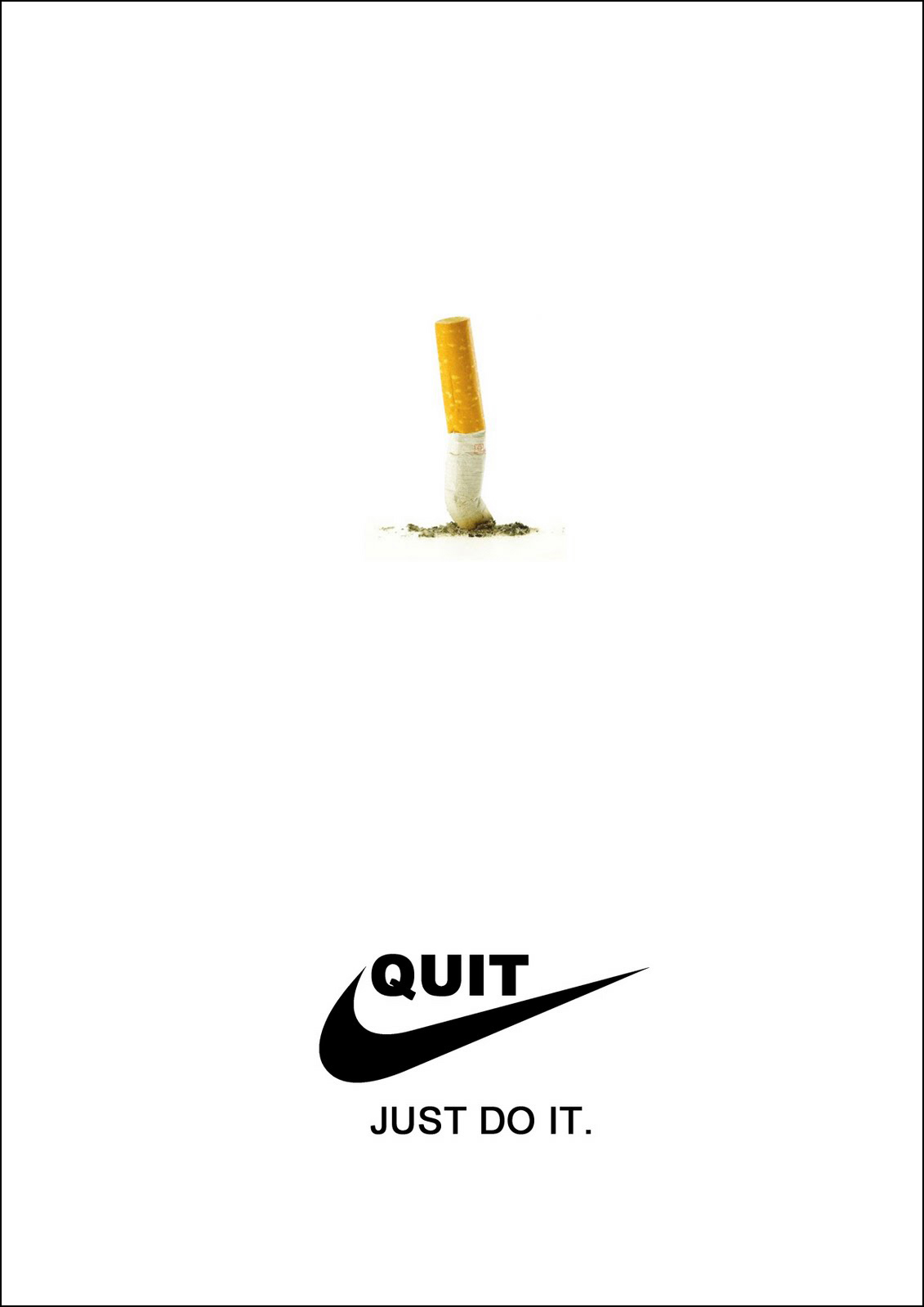 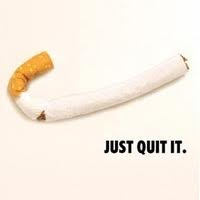