In the early 1960s—(years before William Burroughs’s “Shotgun Paintings”)—Niki de Saint Phalle was shooting at jars, bottles, aerosol cans and other paint containers in the process making of her “shooting paintings.” This earlier precedent for the idea of plinking as a means of abstract expressionist painting was part & parcel of 1960s-style art provocation.

The video below, in reverse chronology, first shows her in 1962 working with Jean Tinguely on his “Study for an End of the World, No. 2,” the televised deployment of an explosive kinetic sculpture in the Nevada desert.

The second part shows her in 1961, making a “shooting painting” in Malibu, outdoors before a live audience of 60s cultural cognescenti. Her narration during this part is a telling indicator of some ideas that had traction in those days. Her feminist riff about the men in her life, punctuated by gun shots, might seem threatening (in a Valerie Solanus sort of way) were it not for Ed Kienholz paternalistically wiping her face at one point.

(Shopping & more shooting, after the fold…)

This video has a scene of Saint Phalle & Tinguely shopping together. (By this time they were married.) 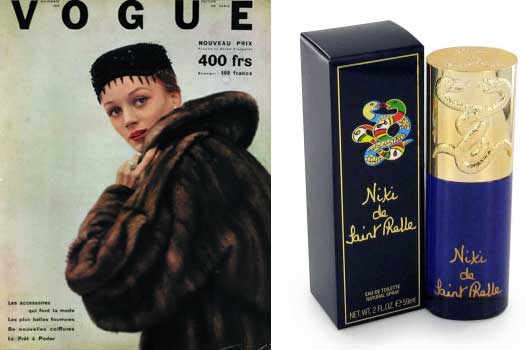 Saint Phalle also did some early modeling work and in later years there was a licensed perfume in her name. 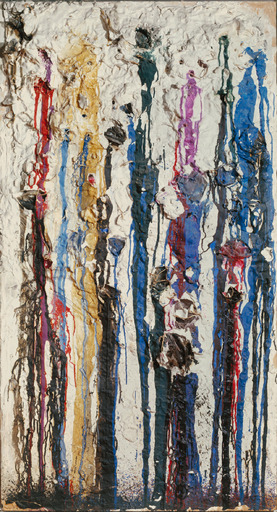