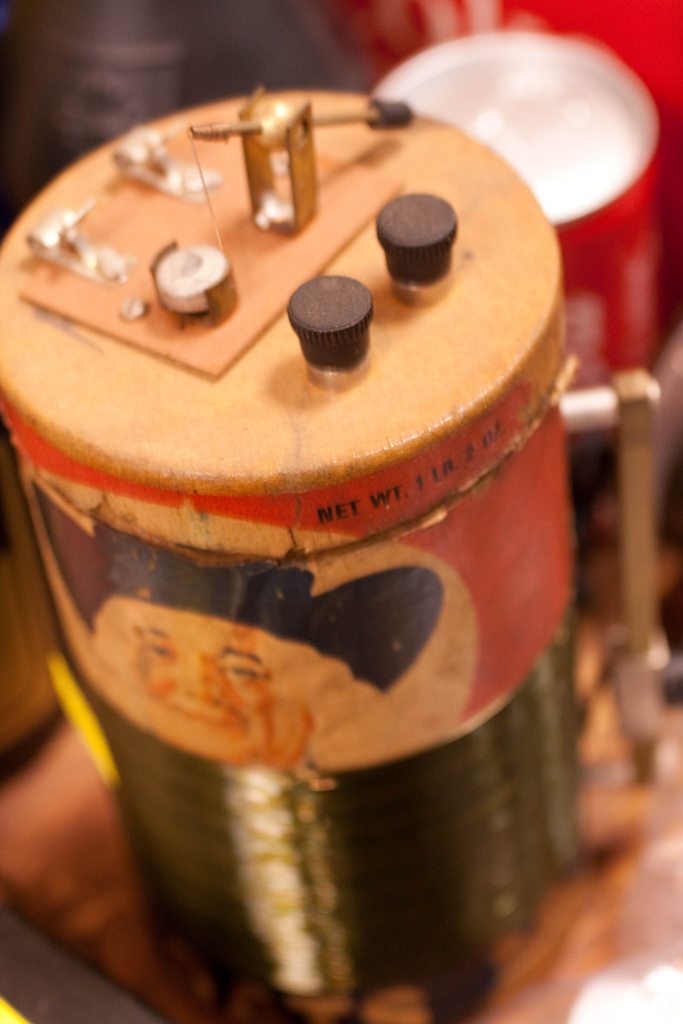 Quaker Oats came out with their cylindrical box in 1915, coincidentally coinciding with the popularity of home-brewed crystal radio sets.

Young boys were at the forefront of the broadcasting movement and were frequently credited with introducing the technology into their households. Given the scarcity and expense of factory-ready receivers, the boys’ primitive crystal sets, often made by wrapping wire around an empty Quaker Oats can, were no longer seen as trivial toys. At the opening of the First National Radio Conference in 1922, Secretary of Commerce Herbert Hoover directly acknowledged the “genius of the American boy,” and observed that many of them possessed the requisite knowledge to create a radio station.

Noah Arceneaux
Paul Reveres of Early Radio:
The Boy Scouts and the Origins of Broadcasting

“Sales of Quaker Oats went zooming, not because the populace had suddenly gone ape over hot cereal, but because the cylindrical box made a perfect base for coil winding.”

(More pictures of Quaker “oat box” radios, after the fold…) 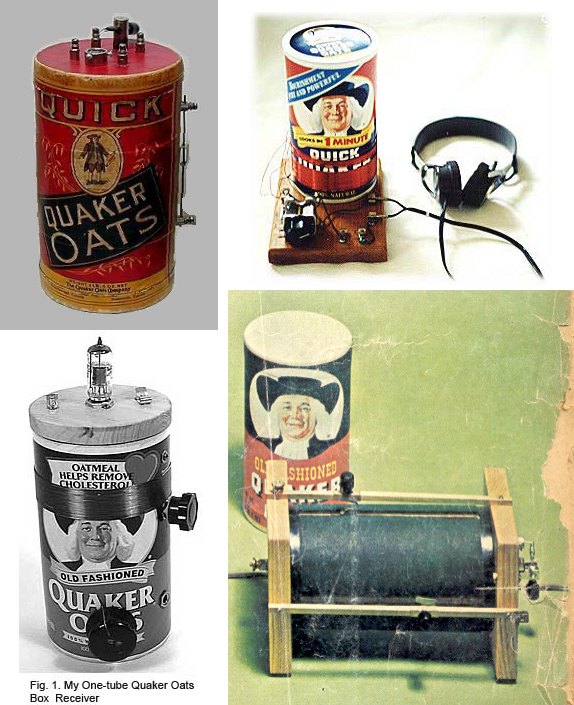