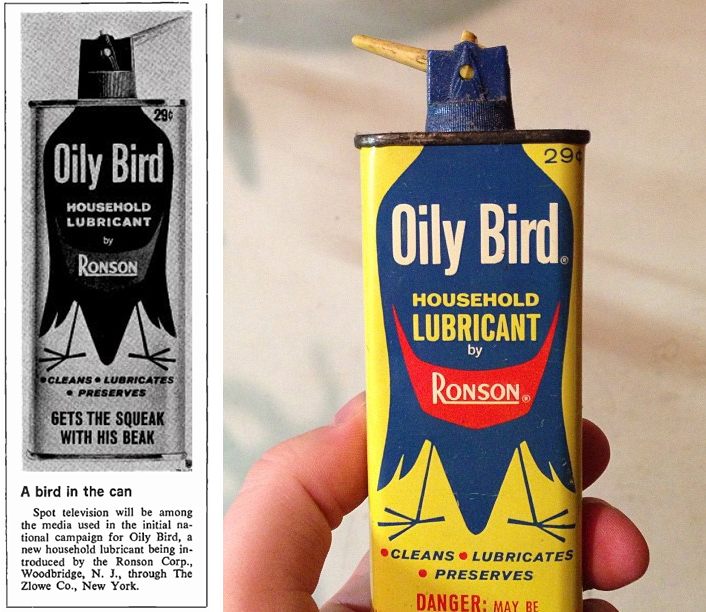 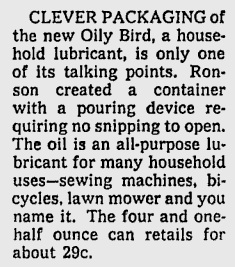 Their packaging combined illustration with a stock oil can container to create a remarkably seamless simulated bird.

Not certain whose idea this was or who created the original trademarked bird illustration, but the news squib (on the top left) from a 1964 issue of Broadcast Magazine mentions “The Zlowe Company” in connection with a television campaign for the product.

Once I’d learned of its existence, I really wanted to find this commercial and include it here.

You might think you can find anything online, but some things are so obscure —(discontinued products, for instance)— that no one has felt the need to make it available.

No one had ever bothered to put up a streaming video of the animated “Oily Bird” commercial. (Until now.) The chances are good, I think, that the commercial below is the award winning “Squeak.”  Judging by the style of the characters, the animator must certainly have been Stars and Stripes founder, Leonard Glasser. If so, I’m guessing that this is the first time it’s ever been posted online. (You’re welcome!)

(But wait! There’s more, after the fold…) 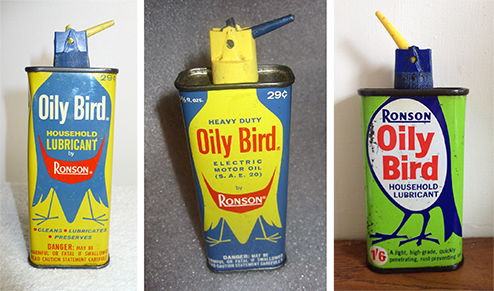 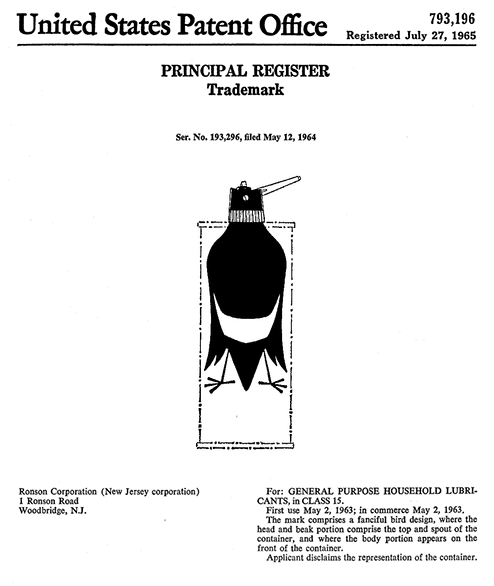 Initially the press had fun with “Oily Bird” as a product…

One of Ronson’s minor products is a lubricant, Oily Bird. Now what Nice Nelly scotched calling it Boid?

“Oily Bird” is a new quality, all-purpose household lubricating oil. Packaged in a 4–1/2-oz. can with “switch spout“ pouring device designed to simulate a bird’s beak, the lubricating oil is priced at 29¢. A “Bird-House” counter merchandiser unit and a display which can be hung from walls or ceilings are available. 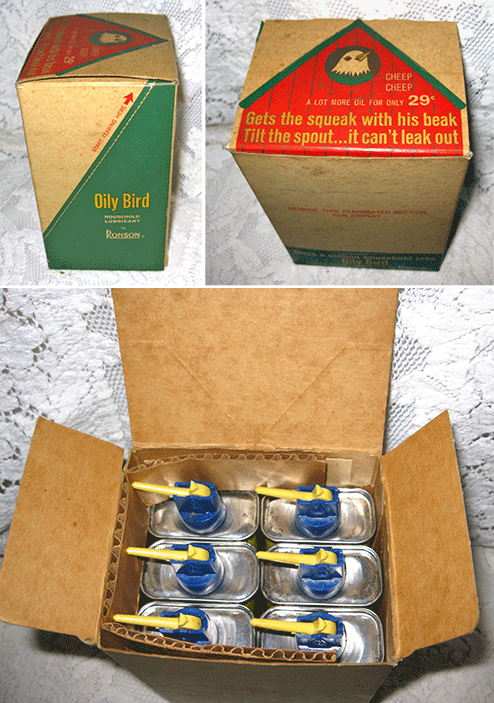 I found this example of an intact Oily Bird “Bird-House” display box sold on eBay last April for $99. (The top of the display box appears to convert into a red-peaked-roof header card.) The “hanging” display must have been the “Bird Cage” display shown on the card below. 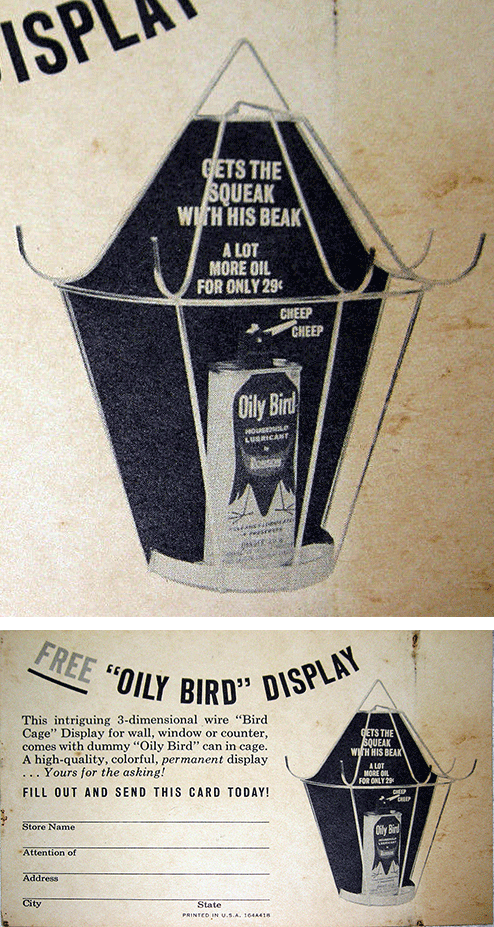 An “Oily Bird” ad from a 1964 issue of Popular Science 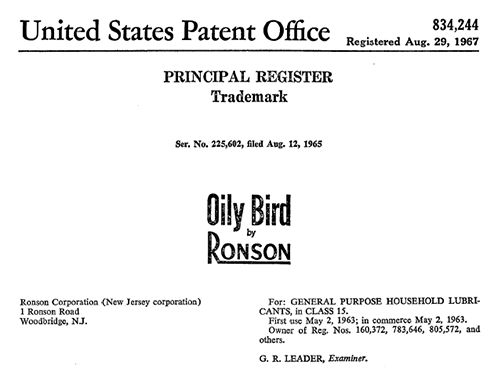 One thing that the brand probably did not count on: with the increased frequency of major oil spills in the 1960s, consumers must have certainly started associating the phrase “oily bird” with news images of oil drenched seabirds.