The package is an epidermal layer of protection around the product. Fruit skins are the most obvious. Long hailed as “nature’s perfect packaging,” orange rinds, banana peels and the like, are frequently used as texture and pattern to identify natural (and artificial) fruit flavors.

But other types of metaphorical “skin” also show up in packaging.

Any sort of natural husk, leaf or bark wrapping evokes wholesome goodness even when it’s only printed to look that way. 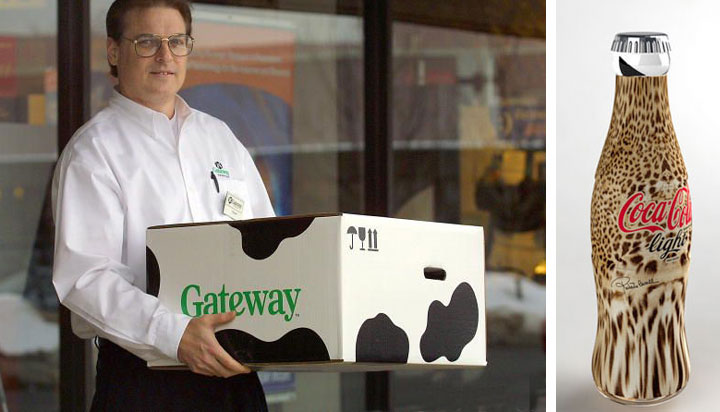 Animal skins carry a range of implications for branding—(the domesticated cow; the wild leopard)—and wrapping your product in an animal skin seems like an almost shamanistic attempt to magically impart an animal’s strengths to the product inside. (Apple Computer with it’s long succession of big cat operating systems…)

On right: nude skin care packaging; on left a photo of Phillipe Starck’s “Stark Naked” bodywear packages from I am YJ’s Flickr Photostream

And sometimes even human skin can be the metaphorical product covering. But not as often.

It’s all well and good for the consumer to identify with the product, but most packaging is to be removed—the skin violated. And maybe that’s not such a nice thought: the skin torn open to get at the product within.

Also, as charming as it is to see cube-shaped fruit, there’s something, potentially horrifying about human skin fashioned into other shapes. (Nazi lampshades, come to mind)