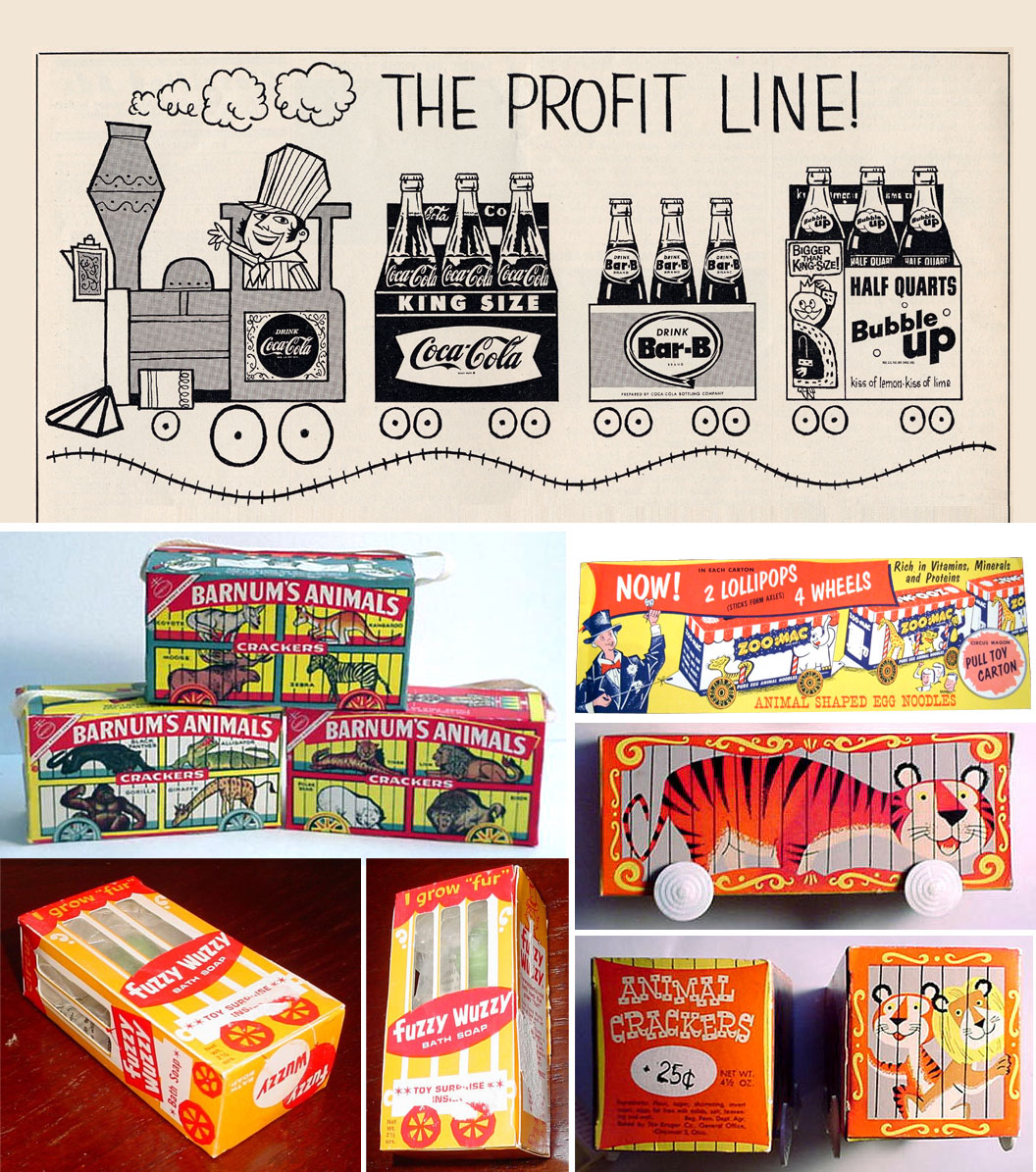 The package is a little vehicle that the product rides around in. This idea might not seem like such a fundamental packaging metaphor at first glance. But to the degree that packaging is all about transporting products to distant & far flung consumers, it makes perfect sense.

Surprising how much vintage “circus wagon” packaging there was. (I remember the Barnum’s Animal Crackers boxes, but the others are new to me.) Not all the vehicle-packs I found were as vintage as these “circus wagons.”

Cars, trucks, buses, vans, rockets and a plane and a flying saucer, follow, after the speed bump…

Top left “Teki” a riddles card games in a car-shaped box by Djeco; top center: House Industries van-shaped box for their “Street Van Fonts”; to the right: a car-shaped card game tin; one of Avon’s many car-shaped bottles; 2nd row left: a school bus shaped boxed set of “After School Specials”;  to the right: “Get Small San Francisco” mini-figural design toys packaged in a box printed to resemble a San Francisco city bus; 3rd row left: a delivery-truck-shaped boxed set of King of Queens episodes; to the right: a covered wagon shaped boxed set of Little House on the Prairie episodes; below that: a Volkswagen ad depicting a truck-shaped Tetra-Brick;  bottom row left: mini-bus Life Savers “fun pak”—photo of flattened pack from Jason Liebig’s Flickr Photostream; on right: the photo of a “fun pak” in transit is a detail from a 1970s ad found on Tracie*s Retro Flickr Photostream 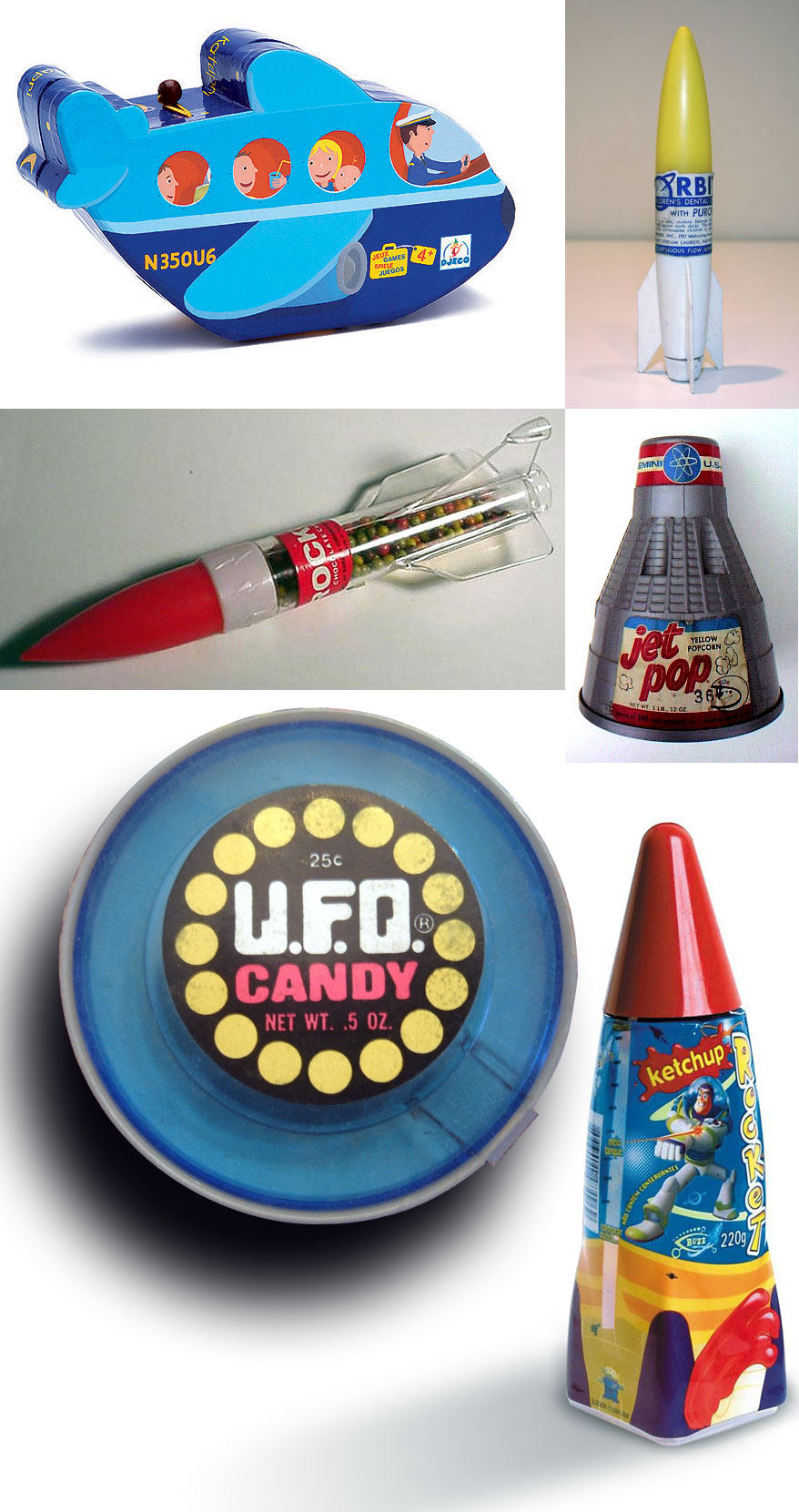