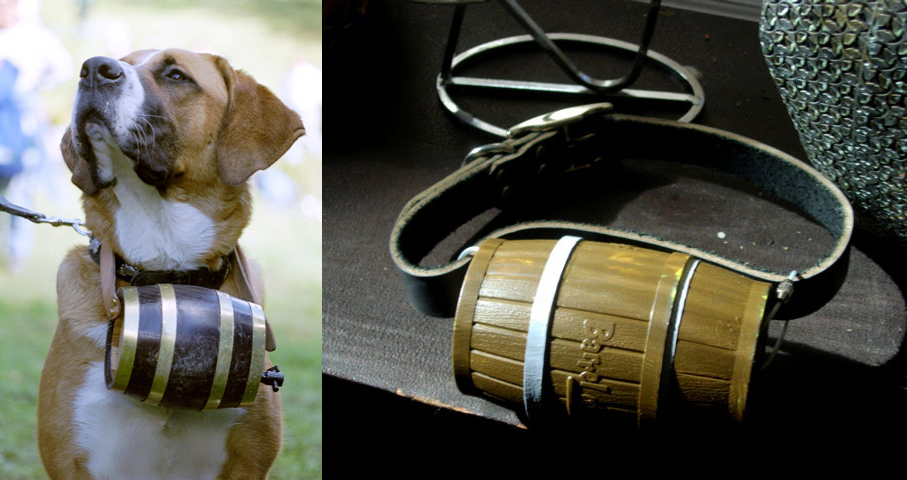 On Left: a photo by Daniel Steger showing the rescue cognac/brandy keg commonly associated with Saint Bernard dogs; on right: homemade St. Bernard gear, apparently made from a brown plastic “Barrel of Monkeys” toy container—note the logo. (Photo via: Tremble.com 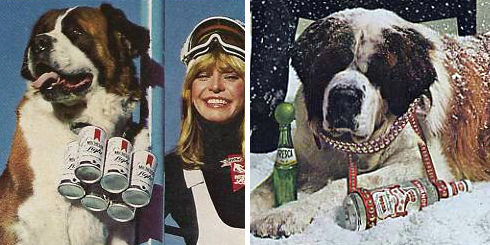 Above: details from two vintage magazine ads, both substituting the traditional keg/barrel with more contemporary alcoholic beverage packaging. (Both ads in their entirety are shown at the end of this post)

According to Wikipedia, although bred as rescue dogs, “The monks of the St. Bernard Hospice deny that any St. Bernard has ever carried casks or small barrels around their necks.” Apparently this is just a popular myth, possibly started by a painting.

Nevertheless, the myth has been perpetuated and stoked by brandy brands like Hennssey and others… 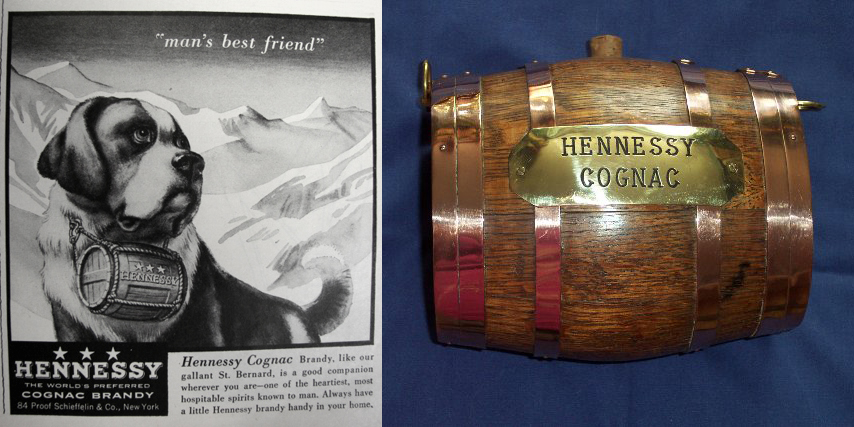 The implied health benefit—the idea of brandy that could be used as a life-saving elixer—was not lost on other alcoholic beverage manufacturers. Hence, the tongue-in-cheek use of St. Bernards in Michelob Beer and Smirnoff Vodka advertising.

Still, packages that refer to St. Bernard dogs are nowhere near as common as references to barrels in general. I couldn’t find any St. Bernard shaped brandy bottles, for example…. although the “Booze Hound” decanter below left is cute. (Its nose is a cork.) 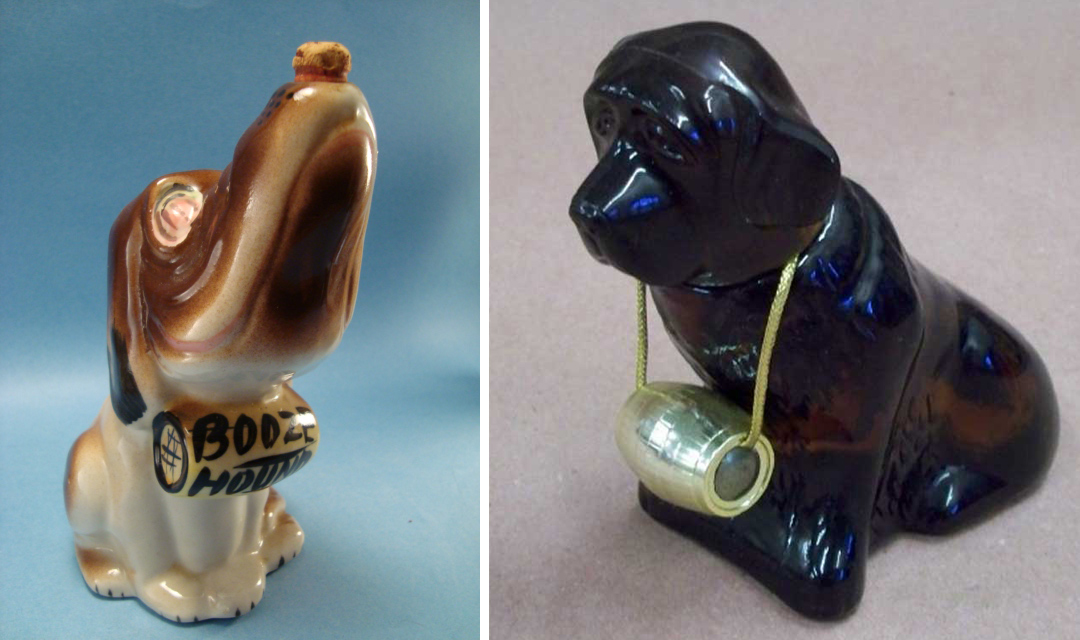 On left: “Booze Hound” decanter; on right: ubiquitous Avon cologne bottle—their contribution to this concept—(and nearly any other figural bottle theme you can think of) 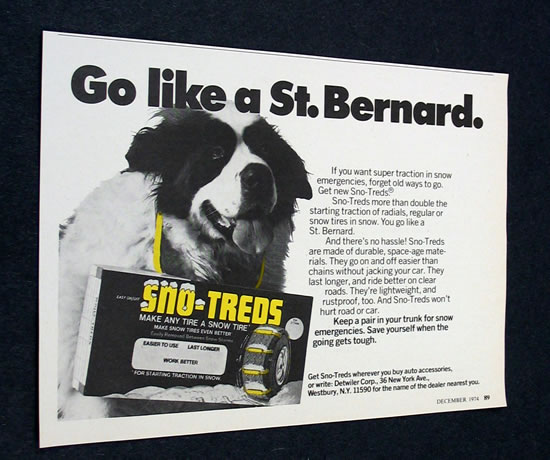 St. Bernard with a carton of “Sno-Treds” 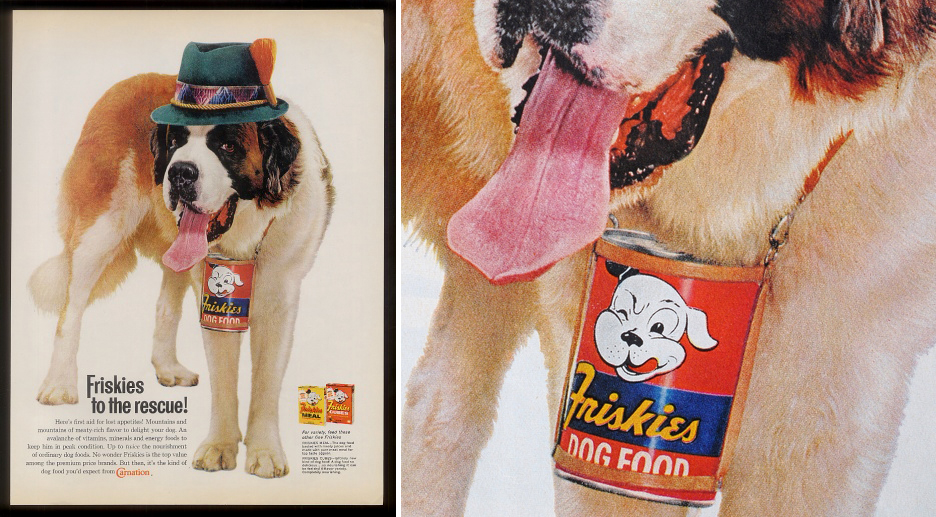 Only fair that a St. Bernard should occassionally be permitted to carry a product of personal benefit: Friskies Dog Food—(detail on right from Paul.Malon’s Flickr Photostream) 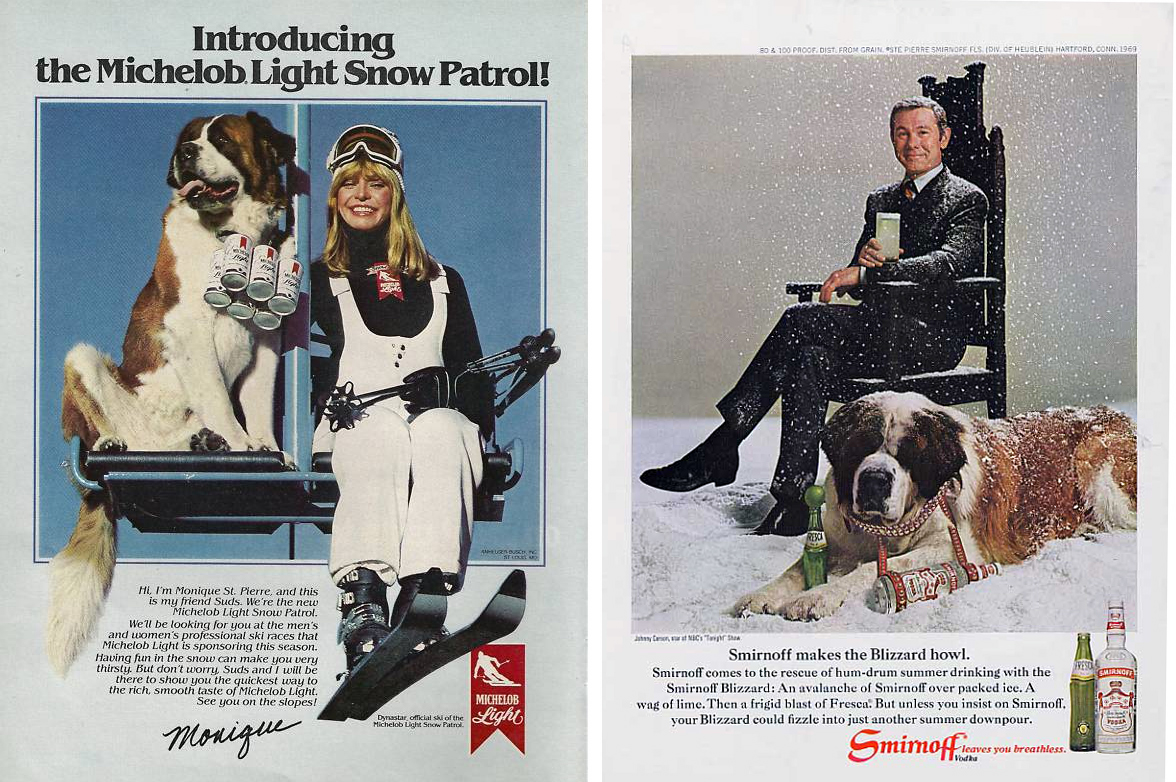